The platitude is not false, it seems
that every man who is not endowed with deep-dyed wits,
who does not boast a sharp mind, who does not comprehend what is needful,
delights in being flattered and embraces you
and is glad and thrilled on hearing what he wants to hear.
If you tell the truth, if you provoke him with inquiries,
he hates you and reviles you and looks on your words
like daggers, like the venom of a poisonous snake. [1] 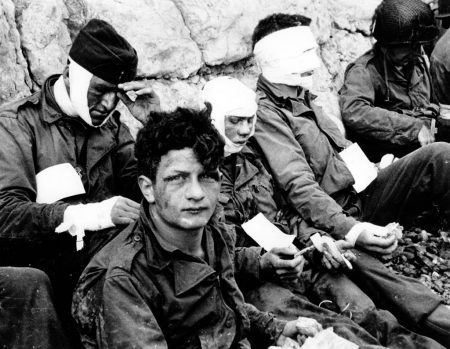 Why, after more than three decades of intensive concern about gender equality and sex discrimination, are only men still subject to U.S. Selective Service registration? Armed forces have enough non-combat roles that sexist Selective Service registration could have been abolished even before opening any combat roles to women. In fact, the U.S. government has moved forward to require all combat positions be open to women. Mainstream news sources prominently feature stories about women signing up for elite military units. Yet abolishing sexist Selective Service, like showing any concern about gender disparities in active-duty injury and death incidence and enacting divorce equality for child custody and child support, hasn’t happened. Why does gender equality in military service remain such an anti-men farce?

Achieving gender equality in military service requires frank and fearless appreciation for women’s comparative advantage in combat. With a directness scarcely possible in today’s less liberal and less tolerant societies, an author in twelfth-century Byzantium addressed the issue of women in combat:

Women are clever and daring in these matters
and skilled and inventive in contriving deceits,
but in performing and venturing on other matters they are very fearful.
They are bad at looking on iron, they are terrified when swords are drawn,
they are incompetent in practical matters, runaways in battle.
However, when it comes to stitching plots and deceitful conspiracies
and vengeful attacks on a man who has harmed them,
no lioness is more bloodthirsty than they. [2]

Not all women are like that. Much evidence, however, indicates that women are superior to men in social sophistication and guile. That means that women would fight better than men as cyber-warriors spreading demoralization and unrest through social media. Today’s military services must be prepared to draft women for such combat. The number of social media warriors needed, however, probably isn’t sufficient to exploit the full body of draftable women.

To use women broadly and intensively, military services must adopt sophisticated tactics. The brilliant twelfth-century woman leader Hysmine summarized such tactics in response to some banal observations from her boyfriend Hysminias:

Hysminias said to her: “Even if the female sex is more ardent, and more changeable by nature, nevertheless, as the tragedy says,

When she is wronged in the marriage bed,
there is no mind more bloodthirsty.”

Her cheeks quivered slightly as Hysmine said: “Blessings on men’s constancy and their cold good sense in the face of passion’s fires.

Why should this upset me, when I die in word
but am saved by action, and carry off the glory?” [3]

Hysminias alluded to Virgil’s well-established wisdom that women are dynamic and highly responsive to circumstances.[4] Experience also shows that women will battle much more viciously against their husbands or ex-husbands than they ever would against some foreign enemy. Hysminias’s observations slightly upset Hysmine (his observations surely would disturb most women much more today). With remarkable poise and generosity, Hysmine responded by praising men (such praise is seldom heard today). Hysmine’s final couplet, a quote from Sophicles’s Electra, indicates how to spur women to glory in compulsory military service.[5]

To spur women to glory, military services must turn to fiction. Women should be drafted en masse into airborne infantry. If war breaks out, each woman in the airborne women infantry should be assigned a fictive husband among the enemy ranks. Profile pictures, biographical details, interests and activities of these men could be harvested through social media to help the women’s airborne build a personal connection to their fictive husbands. The airborne women would then be air-dropped into the cities and towns where these men live with other women. The airborne women’s mission would be to kill their husbands. The more progressive and gender-egalitarian women would kill their husbands’ wives and girlfriends, too. The airborne women infantry would be unstoppable in devastating enemy society. Weaponizing women creates the ultimate weapon of mass social destruction.

Throughout history, lethal interpersonal violence has been highly disproportionately directed at men. That dire gender inequality should be redressed through focused public effort to reduce violence against men. Eliminating sexist U.S. Selective Service registration would be a significant symbolic step toward treating men’s lives as no less valuable than women’s lives.

[1] Constantine Manasses, Aristandros and Kallithea, frag. 77, from Atticizing Greek trans. Jeffreys (2012) pp. 305-6. This and subsequent quotes include some insubstantial modifications in the translations.

[2] Aristandros and Kallithea, frag. 164, trans. Jeffreys (2012) p. 332. While highly privileged women of the Byzantine court probably were incompetent in practical matters, most women throughout history have worked outside the home performing practical, vital jobs such as tending animals, trading goods, and getting water. On women’s work outside the home in ancient Greece, Cohen (1991) Ch. 6.

[5] Hysmine quotes Sophocles, Electra 59-60. In George Theodoridis’s translation of Electra, those lines are: “How can a fictional death hurt me? Dead in fiction, alive in truth and able to earn glory!” Hyminias quotes Euripides, Medea 265-66. These citations are given in Jeffrey’s footnotes.