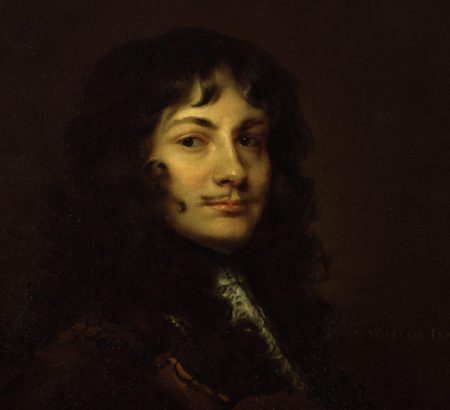 Jonathan Swift’s patron Sir William Temple died at age 71. Swift was then 32 years old. About the time of Temple’s death in 1699, Swift composed points of advice entitled “When I come to be old.” Swift apparently sought that in his old age he would be able to see himself as he now saw Sir William Temple.[1] Swift’s exercise in perspective shifting reveals that even he, a master of shifts in perspective, had a highly constrained view of old men’s sexuality.

Swift’s advice to himself as an old man includes points that old women, younger women and men, and children might equally well follow. Desiderata:

Not to tell the same story over and over again to the same people.

Not to be too free with advice, nor trouble {with advice} any but those that desire it.

Not to be peevish, or morose, or suspicious.

Not to be positive {insistent in opinion} or opiniâtre {stubborn}. [2]

Most of the biblical commandments known as the Ten Commandments take the form “You shall not {verb in imperative form}.” That form highlights specific actions. Swift’s advice to himself as an old man uses infinitive verbal forms that suggest the existence of a character’s shadow. Rather than prescribing particular rules for ethical behavior, Swift’s advice disparages “that sort of person.”

He held me in discourse a great long hour, of things most relating to himself, which are never without vanity, but this most especially full of it; and some stories of his amours, and extraordinary abilities that way, which had once upon a time very nearly killed him. [3]

Swift’s most extensive biographer commented, “a man {Temple} who enjoys such indulgence at fifty does not sacrifice it at sixty-five,” and then passed on to the Swift-Temple relationship.[4] Temple in his mid-fifties probably had an affair with his housekeeper Bridget Johnson and sired Swift’s life-long intimate friend Hester Johnson.[5]

Not you, Marinus, do not enter
warm baths with a tender girl.
Not an old man’s fit companion,
girls are different from old men.
Cups and wine instead of baths,
jugs not tender girls for you,
Melphiacan wine in flagons.
Baths are for boys, wine taverns
suit decrepit old men. And you,
dried up, frigid, minuscle,
hung with just a little pickle,
your stiff veins want a wetter Bacchus.

Swift’s advice to himself as an old man deprecates old men’s sexual worth. To Swift, being an old man enjoying a young woman’s true love is inconceivable:

Not to marry a young woman.

Not to boast of my former beauty, or strength, or favor with ladies, etc.

Not to harken to flatteries, nor conceive I can be beloved by a young woman, et eos qui hereditatem captant odisse ac vitare {and detest and avoid those who try to catch an inheritance}. [7]

The eleventh-century Latin verse romance Ruodlieb celebrates the love of a young husband for his old, formerly widowed wife. As an old man, the great medieval church official Poggio Bracciolini entered into a fruitful marriage with a young woman. Such situations are sadly under-appreciated. An old man identifying as a young, sexually vigorous man commonly generates scorn.

Swift and many others less perceptive than he lack alternative perspectives on old men’s sexuality. Social justice doesn’t compel enacting laws requiring all to respect an old man’s self-identification as a person who is beautiful and sexually alluring to young women. Moreover, old men should understand that they have no reproductive rights and that they could face crushing “child support” payments even for children who aren’t biologically theirs. In the context of these mundane realities, the fundamental problem is imagination. Humane societies should provide safe space for old men’s sexual imagination and self-identification.

[1] Swift joined Temple’s household in 1689 and spent about six years there between 1689 and 1699. Marshall (2013) p. 35. Swift naturally would have striven to impress Temple early in their relationship. That basic status dynamic provides a straight-forward reading of “Ode to Sir William Temple,” which Swift wrote at Moor Park in June, 1689. For analysis, id. pp. 57-8, which favors an uncomplicated reading. Temple died on January 27, 1699. “When I come to be old” is dated 1699. Swift probably wrote that poem in January of 1699 or soon thereafter.

Marshall provides an extensive, objective, and judicious analysis of the relationship between Swift and Temple. Her conclusion has broad, weighty relevance to historiography:

The problem is a very simple one. A great deal has been said about the Swift-Temple connection despite the fact that precious little is known about it. … The only story we can believe is one no biographer wants to tell, because it is brief, undramatic, and fails to illuminate either the mind or the art of our subject. Swift lived with Temple for a while and did some work for him. Swift expected patronage, but whether or not Temple promised it, no remunerative position ever materialized, leaving Swift to shift for himself. He made relatively few remarks on his erstwhile patron in later years, which taken together suggest neither bitter traumatization nor veneration. His intellectual “borrowings” from Temple turn out to be commonplaces; his career is so different from that of the Moor Park patriarch as to make comparison difficult, and not as conclusive as has been suggested. In trying to understand the life and work of Swift, the invocation of Sir William Temple has been, at best, a distraction — regardless of whether Sir William Temple is viewed as a beloved surrogate father or a petty despot whose thrall the young Swift resented and systematically resisted. What should be clear, however, is that Ehrenpreis and his successors have put their faith in an engrossing, affecting saga that is essentially illusory.

My point in addressing Swift’s “When I come to be old” isn’t to tell the true story of the Swift-Temple relationship. I want to change your life. Your father was or will be an old man. If you are male, you probably will become an old man if you aren’t already one. I want to inspire you to think differently about being an old man.

[2] Jonathan Swift, “When I come to be old,” excerpts (re-ordered), with modernized spelling, modernized capitalization, and my clarifications in {}. Lists of Note provides the full text and an image of the manuscript. Scott & Dennis (1902) vol. 1, p. xcii, provides a scholarly version of the text, as does Ross & Woolley (1984) p. 23. Id. provides the reading opiniâtre and comments:

May we not also hear ironic use of the tones of the urbane Temple in the second to last resolution, with its modish French word opiniâtre, meaning stubborn or opinionated?

[6] Giovanni Gioviano Pontano, “To Marinus Tomacellus {Ad Marinum Tomacellum},” Hendecasyllaborum sive Baiarum Libri Duo {Two Books of Hendecasyllables, or Baiae} 2.1, ll. 20-31, Latin text and English translation (adapted slightly) from Dennis (2006) pp. 92-4. For a Latin text freely available online, Oeschger (1948). Pontano wrote the Baiae in the Kingdom of Naples late in the fifteenth century. Potano’s Baiae were first published in 1505. The Baiae was a pleasure resort on the Bay of Naples.

[7] Swift, “When I come to be old,” excerpts, cited as previously. Swift, like William Caxton, turned to Latin to express thoughts apart from vernacular gynocentric discipline and punishment.

In “When I come to be old,” Swift included a point of advice that literally addresses the issue of being a dirty old man: “Not to neglect decency, or cleanliness, for fear of falling into nastiness.”

[image] Portrait (excerpt) of Sir William Temple about 1660. Temple then was 32 years old. That’s Swift’s age when he wrote “When I come to be old.” This painting apparently was made from an original that Peter Lely painted. It’s preserved as item NPG 152 in the U.K. National Portrait Gallery. That national, public gallery apparently is slowly changing its rapacious, reactionary approach to making its collection accessible. More on problems at the National Portrait Gallery. Image thanks to Wikimedia Commons.

Rosenberg, Alex. 2018. How History Gets Things Wrong: The Neuroscience of Our Addiction to Stories. Cambridge, MA: MIT Press.

Singer, Samuel Weller, ed. 1828. The correspondence of Henry Hyde, Earl of Clarendon, and of his brother Laurence Hyde, Earl of Rochester; with the diary of Lord Clarendon from 1687 to 1690, containing minute particulars of the events attending the revolution: and the diary of Lord Rochester during his embassy to Poland in 1676. London: H. Colburn.

4 thoughts on “other than a dirty old man: Swift’s “When I come to be old””

Leave a Reply to You Know Who... Cancel reply