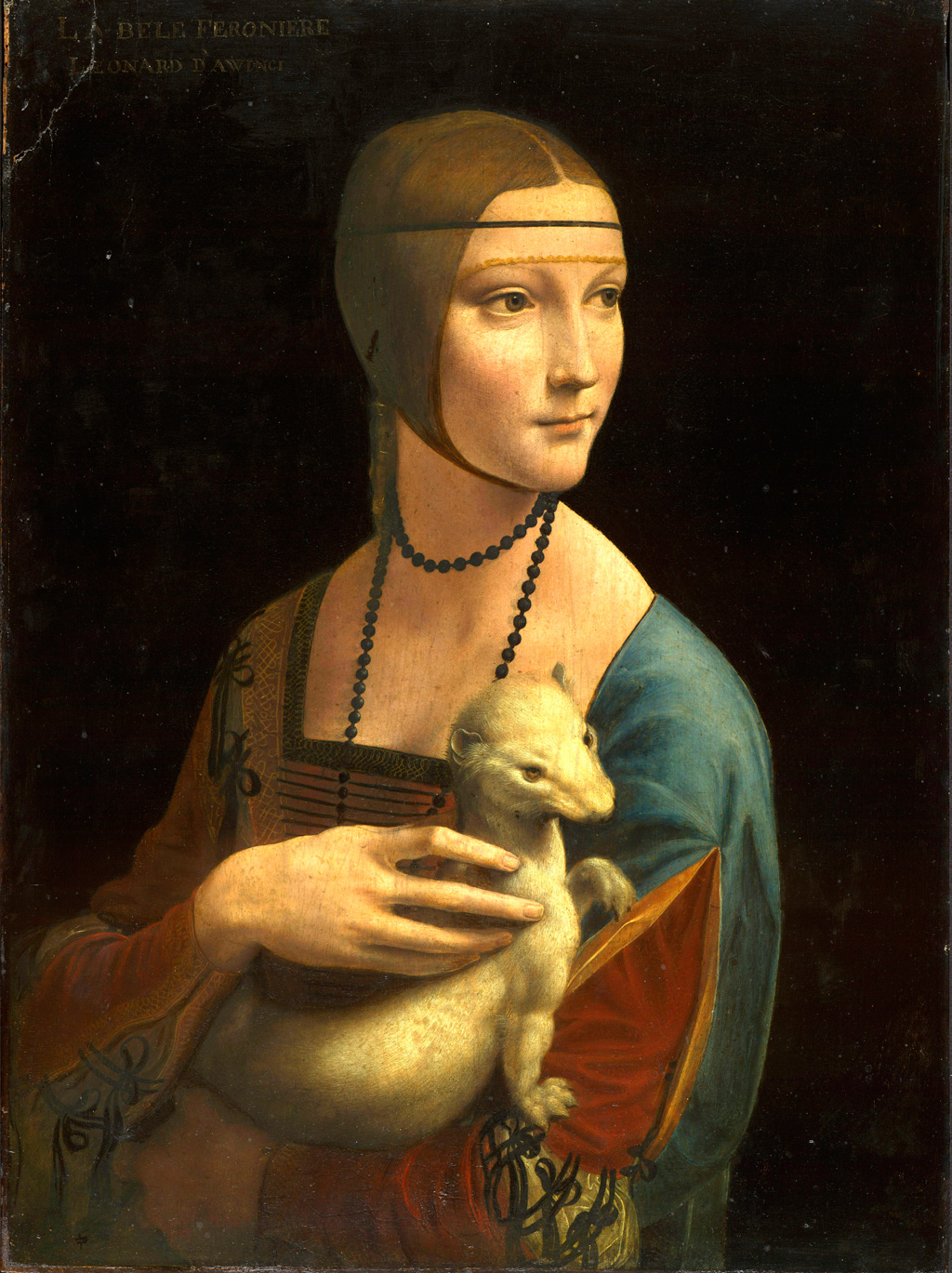 Today men are taught to “listen and believe” women making accusations of serious crimes. Such dogma would never have been accepted in relatively enlightened medieval Europe. Clerics, church officials, and monks such as Erasmus of Rotterdam, Poggio Bracciolini, and François Rabelais taught men and women to think and to question. That’s the path to a more just, more enlightened world.

No later than early in the sixteenth century, a Dominican friar in his homily on Good Friday presented to a crowded congregation the story of a pregnant nun who claimed to have been raped. Erasmus reported in his Colloquies that a butcher relayed the story to a fishmonger. The butcher explained:

A young man had laid with a nun. Her swollen belly provided subsequent proof of the act. The nuns were called together, with the abbess presiding. The nun was accused. There was no grounds for status inficialis {controverting the facts}. She needed to argue a justification. She took refuge in status qualitatis {the meaning of the facts}, or, if you prefer, status translationis {the justification for the action}. “I was laid by force of someone stronger,” the nun said. “At least you could have screamed,” responded the abbess. “I would have done so,” the nun said, “but in the dormitory, to break the silence is forbidden.”

Given the penal orientation of criminal law, men have a strong incentive to develop a sophisticated understanding of criminal procedure. The butcher analyzed the case through technical terms of forensic rhetoric.[2] Since he was directly addressing a fishmonger, he apparently expected the fishmonger to have a similar level of legal sophistication. The Dominan friar’s story of the pregnant nun claiming rape was probably one that his congregation, like the butcher and the fishmonger, could handle in a sophisticated way.

The nun’s claim would not have been understood as presenting a serious risk of criminal injustice. Today, men are regarded as culpable of rape for having wives who truly love them. Men today must adhere to detailed scripts for amorous encounters in order not to be subject to sex charges. In the more enlightened medieval period, criminal justice was more reasonable. The Dominican friar told the story of the pregnant nun claiming rape during his Good Friday sermon. The crucifixion of Jesus was a mob-driven travesty of justice.  Consistent with that context, the Dominican friar told the pregnant nun story “to dissipate the bitterness of his sermon with a more pleasant story {sermonis amaritudinem … iucundiore narratione dilueret}.” The butcher commented:

So that’s the story. Only we must confess, many sillier claims have been carried forward.

The butcher statement shouldn’t be misinterpreted literally. Medieval criminal courts weren’t filled with silly sex claims. Such claims, if carried forward during the medieval period, surely would have been quickly dismissed. The congregation that heard the Dominican preacher’s story of the pregnant nun claiming rape probably laughed at that story.[3]

Rabelais emphasized the ridiculousness of the nun’s claim of rape. Rabelais told nearly the same story as Erasmus had:

You know how that nun, Sister Bottom in Croquignoles, got pregnant by a begging brother called Stiffly-Redeem-It. When the bulge became evident, she was summoned by the abbess to the chapter-house and charged with incest. She made excuses, maintaining that it had not happened with her consent but by violence, through being raped by Frère Stiffly-Redeem-It. The abbess said, “You wicked little thing! It took place in the dormitory. Why did you not cry ‘Rape’? We would all have rushed in to help you.” The nun replied that she dared not cry out in the dormitory, because in the dormitory, one kept perpetual silence.

Rabelais named the nun Sister Bottom {seur Fessue} and her lover Stiffly-Redeem-It {Royddimet}. Both those names bear sexual innuendo. He also had the abbess refer to the nun as a “wicked little thing.” Women characteristically speak more frankly about women than men do.

Rabelais expanded upon the nun’s false claim of rape to engage with the context of interpreting signs. Rabelais’s story continued:

“But, you wicked little thing,” said the abbess, “why didn’t you make signs to the other nuns in the room?” “I,” said La Bottom, “did make signs as much as I could with my bottom; but nobody came to help me.” “But, you wicked little thing,” demanded the abbess, “why didn’t you come straight to me, to tell me and formally accuse him? If it had happened to me, that’s what I would have done to prove my innocence.” “Because,” said La Bottom, “fearing to remain in sin — in a state of damnation — if overcome by sudden death, I made my confession to him before he left the room. The penance he gave me was not to reveal the encounter and to tell it to nobody. To reveal his absolution would have been a most enormous sin, most odious before God and the angels. It might perhaps have been the cause of fire from Heaven burning down the whole of our abbey, and we might all have been cast down into the pit with Datham and Abiram.

The reference to Sister Bottom making signs with her bottom is a visually pun on characteristic activity of sexual intercourse. The fake confession is another addition in the same pattern as the nun not wanting to violate the rule of silence. The Old French lay Ignaure features a fake confession. In this story the confession isn’t fake, but it’s done with bad faith. The sister’s claim about fear of revealing her absolution similarly appears to be in bad faith. Rabelais’s expansion of the story of the pregnant nun claiming rape highlights human wiles in obscuring and excusing disapproved actions.

In the relatively enlightened medieval period, human impurity, reason’s capacity to invent justifications, and women and men’s equal sinfulness were widely understood. Today, men are socially constructed as an intrinsically toxic gender, mass incarceration of men is rationalized through a social code of silence, and gender inequality is promoted under the guise of gender equality. The preaching delivered through the churches of our time — universities, businesses, and the media-entertainment industrial complex — is a ridiculous mass of absurdities. If elephants can be trained to dance, lions tamed for sport, and leopards taught to hunt, surely our secular elite can learn to be reasonable.[5]

Thompson translated Virginem sacram oppresserat adolescens as “A young man had taken advantage of a nun.” That English translation conveys at least moral disparagement of the young man. The Latin verb opprimo seems to me better translated in relation to its primary meaning “to press down upon.” Erasmus’s subsequent retelling of the story doesn’t support assuming that the young man committed a non-consensual sex crime. See note [3] below.

Erasmus’s Colloquies “grew from a small collection of phrases, sentences, and snatches of dialogue written in Paris about 1497 to help his private pupils improve their command of Latin.” The first edition was published in Basel in 1518. From Thompson (1997), online overview. The colloquy Fish-Eating first appeared in edition of Erasmus’s Colloquies published in February, 1526.

The story of the pregnant nun claiming rape probably was a well-known medieval tale. Erasmus stated that he heard it as a boy. See quotes from Ecclesiastes in note [3]. That implies Erasmus heard the story before about 1480. A similar tale exists in Heinrich Bebel’s Facetiae, first published in 1506. Thompson (1997) p. 744, n. 219. An Old French farce The Abbess and Sister Bottom {L’Abbesse et Soeur Fessue} dates from about 1510. Hayes (2010) pp. 51-3. Hayes interprets that farce from the perspective of conventional poor-dearism: “Sister Fessue is the gullible pawn who is controlled by those in authority, first by the monk and now by her abbess.” Id. p. 53. Medieval nuns were guileful enough to fake death with a body double to escape the convent.

As a boy I heard a certain Dominican who was endowed with an outstanding native grace of tongue. In order to rouse sleepers, he told this story, which is not without a hint of depravity. “A certain nun,” he said, “was shown by the swelling of her belly to have had relations with a man. In an assembly of nuns she was severely rebuked by the superior, whom they call an abbess, for having disgraced the holy community in this way. She pleads the excuse of force, saying “A young man entered my room. He was stronger than I. It would have been useless for me to resist him. Besides, force is not reckoned a crime.” Then the superior said, “You could be excused if you had shouted, as Scripture advises.” Here the maiden said, “I would have done that, but it happened in the dormitory, where breaking silence was forbidden.”

But I desist, lest in rebuking foolishness, I become foolish myself.

Ecclesiastes 2.681-2, sourced as above. The first edition of Ecclesiastes was published in 1535. It’s a massive work drawing upon many of Erasmus’s prior works.

Standards of seriousness for scribes copying sacred works were higher. In a titulus intended for a scriptorum, probably the scriptorum at St. Martin at Tours, Alcuin in the eighth century wrote:

May those who copy the pronouncements of the holy law
and the hallowed sayings of the saintly fathers sit here.
Here let them take care not to insert silly remarks;
may their hands not make mistakes through silliness.

The third book of Gargantua and Patagruel was first published in 1546. While Rabelais followed Eramus’s work closely, whether Rabelais picked up the story of the pregnant nun claiming rape from Erasmus isn’t clear.

About 1730, Thomas, the sixth Earl of Harrington, apparently wrote an English version of this tale.

Do we know how to tame wild and frightful beasts, either for entertainment or for ordinary use, and not know how to pacify men so that they serve Christ? Do monarchs pay people to teach elephants to dance, to tame lions for sport, to tame lynxes and leopards for hunting: and the monarch of the church cannot find how to entice men to the lovable service of Christ?