Public policies to reduce men’s deaths while respecting men’s freedom to develop and live as masculine men are feasible.  War, which is institutionalized men-on-men violence, should be avoided by any possible means.  Sexist selective service should be abolished, and military combat assignments should be reviewed to ensure the combat-death risks are not disproportionately imposed on men.  Special employment transition benefits could be enacted to help men interested in moving out of the most dangerous occupations such as mining and construction.  Public policy could encourage affirmative action to promote men’s opportunities in relatively safe occupations such as teaching and medical care.  To reduce men’s alcohol-related fatalities, policies could be directed toward reducing stress in men’s lives, increasing men’s sexual satisfaction, and providing a safe environment for men to behave raucously.

Public discussion of injury-related death shows stark effects of gender.  While women’s health is a major scholarly and public policy concern, the highly disproportionate number of men’s deaths has hardly attracted any attention.  The few scholarly articles addressing the issue have been highly gendered.  One such article began:

It has long been noted that masculinity can be harmful to men’s health (e.g., Goldberg, 1977; Harrison, 1978).  More specifically, scholars theorize that masculine socialization predisposes many young men to take excessive risks (Courtenay, 1998; Marini, 2005). [2]

The terms “masculinity” and “masculine socialization” are rhetorical, intellectually empty placeholders for actual men’s lives.  Those lives contract sharply with the lives that gender scholars, in their “theorizing,” want men to live.  The article quoted above shamelessly deploys such rhetoric to exploit in shallow scholarly research the lives of men returning with serious injuries from combat in Iraq and Afghanistan.  Pathologizing these men’s masculinity after it has been exploited for war is utterly contemptible. 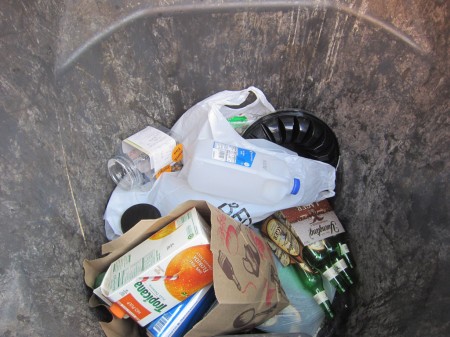 Males are born with a numerical advantage, an advantage that decreases over time. [3]

Being born with a numerical advantage, such as being born among citizens of California rather than among citizens of Montana, is rather different from facing twice the rate of injury-related death of a similarly situated person.  Moreover, the appended dependent clause is much more related to the substance of the paper than is the preceding independent clause.[4]  Describing as men’s disadvantage their suffering from twice women’s injury-related death rate is disfavored within the gender structure of public discourse.  The article’s introductory sentence signals gender bias within that discursive structure.

Similarly gender-biased is the vaguely titled article’s subsection titled “consistency of male excess.”  It describes men’s injury-related mortality consistently being about twice that of women’s.  The issue of “missing women” in Asia has attracted considerable scholarly and public attention.  Men are missing in the U.S. from relatively high injury-related mortality.  The issue of missing men attracts almost no scholarly and public attention.[5]  The vaguely titled article, which actually is about missing men, describes the problem as “male excess.”

gender effects on health are characterized by a capacity for adaptation over time and space, in response to fashion, media, or public policy.  … Interventions that would explore and promote affirming ways of ‘doing gender’ may ultimately constitute ‘best buys’ for health and society. [6]

Males who understand this misandry surely will be driven in despair to drink more.  A more excellent way starts with love for men.

Data: sex differences in injury-related deaths in the U.S. in 2010 (Excel version)

[1] After age 65, the sex ratio for violence-related fatalities climbs sharply.  In the U.S. in 2010, the violence-related death rate for men ages 75 and older was seven times greater than that for women of those ages.  Older men may not be appreciating their frailty and may be too willing to sacrifice themselves by placing themselves in harm’s way.  U.S. fatal injury data are readily available from the U.S. Centers for Disease Control and Prevention, Fatal Injury Reports (WISQARS).  Data compiled from that source for 2010 are in the workbook on sex differences in injury-related deaths.

[2] Good et al. (2008) p. 39.  The quotation’s in-line references foster a pretense of knowledge-authority and cow persons not familiar with the sort of scholarly work this is.

[4] Id. provides no substantial analysis of the sex ratio at birth.

Systematic analysis of gender differences in injury mortality in multiple and diverse countries would help document the scope and nature of the phenomenon. To my knowledge, no other such analyses have been published in the peer-reviewed literature.

[6] Snow (2008) pp. 59, 72, including preceding quoted phrases.  Id. preposterously attempts to parse differences in mortality rates between “chromosomal sex” and “gender.”  Sex, which depends on much more biology than chromosomes, arises developmentally.  Human nature is clearly social.  Authoritative “interventions” that target adults’ “gender identity” may well do great violence to their well-being.  The distinction between sex and gender is obvious in scholarly discourse.  Sex is about males and females.  Gender is about rights of women and wrongs of men.