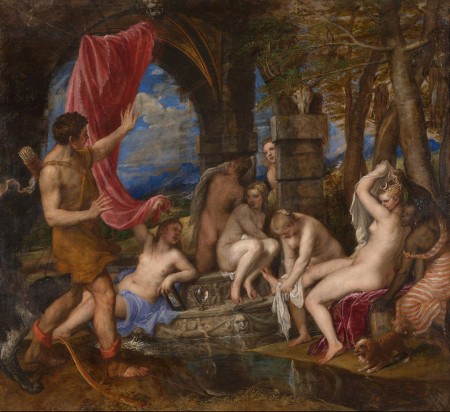 Sanger interpreted ancient Latin literature as both reflecting reality and shaping reality. Between life and literature, Sanger allowed no space for imaginative creation. He believed that a broad, amorphous class of expressions triggers harmful effects:

There is not a Latin author of the best age in whose writings the coarsest words can not be found. … The convenient adage, Charta non erubescit {paper doesn’t blush}, was invented to hide the pruriency of authors, and one of the worst puts in the wretched plea that, “though his page is lewd, his life is pure.” It is quite certain that, whatever might have been the effect on the poet, his readers could not but be demoralized by the lewdness of his verses. [2]

Even allowing for poetical exaggeration, it may safely be said that there is no modern society, perhaps there has never existed any since the fall of Rome, to which Juvenal’s famous satire on women can be applied. Independently of the unnatural lusts which were so unblushingly avowed, the picture drawn by the Roman surpasses modern credibility. That it was faithful to nature and fact, there is, unhappily, too much reason to believe.

A censor like Tacitus might indignantly reprove, but a Martial — and he was, no doubt, a better exponent of public and social life than the stern historian — would only laugh, and copy the model before him. [3]

Martial the poet-maker is thus reduced to Martial the copyist. Sanger conflated realistic style with correspondence to reality. Petronius’s outrageous burlesque in the Satyricon’s banquet of Trimalchio was for Sanger literally “the best recital of a Roman dinner that we have.”

Sanger read ancient Latin poetry as representing biography. Noting that Catullus, Horace, Propertius, Ovid, and Tibullus “devoted no small part of their time and talent to celebration of their mistresses,” Sanger observed of these poets:

All the five we have mentioned moved in the best society at Rome. Some of them, like Horace, saw their fame culminate during their lifetime; others filled important stations under government. Ovid was intimate with Emperor Augustus, and his exile is supposed to have been caused by some improper discoveries he made with regard to the emperor’s relations with his daughter. Yet it is quite evident that all these persons habitually lived with prostitutes, felt no shame on that account, and recorded unblushingly the charms and exploits of their mistresses in verses intended to be read indiscriminately by the Roman youths.

Martial knows no decency. It may safely be said that his epigrams ought never again to be translated into a modern tongue. Expressions designating the most loathsome depravities, and which, happily, have no equivalent, and need none, in our language, abound in his pages. Pictures of the most revolting pruriency succeed each other rapidly. In a word, such language is used and such scenes depicted as would involve the expulsion of their utterer from any house of ill fame in modern times. Yet Martial enjoyed high favor under government. He was enabled to procure the naturalization of many of his Spanish friends. He possessed a country and town house, both probably gifts from the emperor. His works, even in his lifetime, were carefully sought after, not only in Rome, but in Gaul, Spain, and the other provinces.

Today, Martial’s poetry, like Priapus poetry, is probably too hazardous for most university professors to teach. Some now even regard Ovid’s poetry as requiring trigger warnings. The potential harm to anyone today who twitters words that could be construed as offensive is chilling. With regard to freedom of expression, one might conclude that ancient Rome under the emperors was more civilized, humane, and liberal than modern high-income Western societies.

A young Roman girl, with warm southern blood in her veins, who could gaze on the unveiled pictures of the loves of Venus, read the shameful epigrams of Martial, or the burning love-songs of Catullus, go to the baths and see the nudity of scores of men and women, be touched herself by a hundred lewd hands, as well as those of the bathers who rubbed her dry and kneaded her limbs — a young girl who could withstand such experiences and remain virtuous would need, indeed, to be a miracle of principle and strength of mind.

But even then religion and law remained to assail her. She could not walk through the streets of Rome without seeing temples raised to the honor of Venus, that Venus who was the mother of Rome, as patroness of illicit pleasures. In every field and in many a square, statues of Priapus, whose enormous indecency was his chief characteristic, presented themselves to view, often surrounded by pious matrons in quest of favor from the god. Once a year, at the Lupercalia, she saw young men running naked through the streets, armed with thongs with which they struck every woman they saw; and she noticed that matrons courted this flagellation as a means of becoming prolific. [5]

Sanger indicated relatively little concern about men. While men literally wrote the literature and made the art that Sanger denounced, he seems to have imagined men as being outside of culture in an eternal state of natural brutishness. Sanger sought to culturally suppress men and socially control men to defend women more effectively from men.

It may safely be asserted that there does not exist in any modern language a piece of writing which indicates so hopelessly a depraved state of morals as Martial’s epigram on his wife.

Id. pp. 83-4. That epigram is probably 11.43. Martial today is generally thought not to have been married.

[4] Reviewing prostitution in France from Louis XIII to the present day, Sanger observed:

under the brutal sway of the regent, and the lewd influence of the satyr Louis XV, the old prostitution of literature was revived. Thus we find that the most successful authors of the day, such as Voltaire, handled themes grossly immoral in themselves, and rendered still more offensive by their mode of treatment. The most popular novel of the eighteenth century — Manon Lescant {Manon Lescaut} — the work, by the way, of an abbé, is the narrative of the adventures of a prostitute.

We hear of all kinds of instruments of debauchery; of lewd books and lewd pictures; of indecent sculptures and bronzes being sold without let or hinderance in the stores of Paris. It was the age of Aretino; and besides that famous or infamous writer, a number of other Italians had competed for the prize of lewdness in composition. Poets, painters, sculptors, seemed to try how far art could be prostituted.

Id. pp. 112-3. Sanger declared that “obscene and voluptuous books … may justly be considered as causes, indirect it may be, of prostitution.” Id. 522. He was concerned that literature imported from Europe, along with Americans’ travel to Europe, were bringing to America harmful ideas and morals. Id. pp. 334, 569-72. Sanger summarized:

Every day makes the system of New York more like that of the most depraved capitals of continental Europe, and it remains for the good innate sense of the bulk of the American people to say how much farther we shall proceed in this frivolous, intriguing, and despicable manner of living; or whether they will not strive to perpetuate the stern morality of the Puritan fathers, our great moral safeguard so far, and thus put an effectual barrier against the inroads of a torrent which must undermine our whole social fabric, and finally crush us beneath the ruins.

Id. p. 572. Such a view is particularly astonishing within the context of Sanger’s work. He was not a moralist isolated from the everyday world. He was a leading physician and public figure within primary institutions of social control in New York City. He did pioneering social-scientific study of prostitution.

Seeing a man he knew come out of such a place {“smelly brothel”}, Cato praised him — “Decent fellow!” — and spoke wisely as a god: “When lowly lust has swollen up their veins, young men do right in coming here instead of grinding wives not theirs.”

By the beginning of the Roman Empire, Cato the Elder of Horace’s satire was a stock figure of traditional morality. On the literary tradition of Cato’s alleged statement, Gowers (2012) p. 98. Cato reportedly further stated:

Later, however, when he noticed him coming out of the same brothel quite frequently, he said, “young man, I praised you for coming here occasionally, not for living here.”

From Porphyrio’s commentary on Horace, cited and trans. Pollmann (2005) p. 93. Like Cato’s speech on the proposal to repeal Lex Oppia, these statements shouldn’t be interpreted as historical records of Cato’s words.

And here a word in regard to the bad effects of, so called, classical studies. Are they not oftentimes acquired at the risk of outraged delicacy or undermined moral principles? Mythology, in particular, introduces our youth to courtesans who are described as goddesses, and goddesses who are but courtesans in disguise. Poetry and history as frequently have for their themes the ecstasies of illicit love as the innocent joys of pure affection. Shall these branches of study be totally ignored? By no means; but let their harmless flowers and wholesome fruit alone be culled for youthful minds, to the utter exclusion of all poisonous ones, however beautiful.

Sanger (1858) p. 521. Given the astonishing lack of self-consciousness in Sanger’s social-scientific work and its support for broad criminalization and incarceration of men, a much different approach to classical studies is warranted. Careful study of works such as Priapea, the Life of Aesop, and Apuleius’s Metamorphoses should be central to classics curricula today.

[image] Diana and Actaeon. Painting by Titian, c. 1556-59. Held by the Scottish National Gallery and the National Gallery, London (item Edinburgh: NG 2839 / London: NG6611). Image thanks to National Gallery of Scotland and Wikimedia Commons. In Greek mythology, for the wrong of seeing women nude, Actaeon was transformed into a stag and devoured by dogs.

Sanger, William W. 1858. The history of prostitution: its extent, causes, and effects throughout the world. Being an official report to the Board of Alms-House Governors of the City of New York. New York: Harper.