In early fifteenth-century Italy, a young man was engaged to a widow’s daughter. He visited her frequently at her home where she lived with her mother. One day her mother wasn’t there. Taking advantage of this opportunity, the engaged couple had sex. 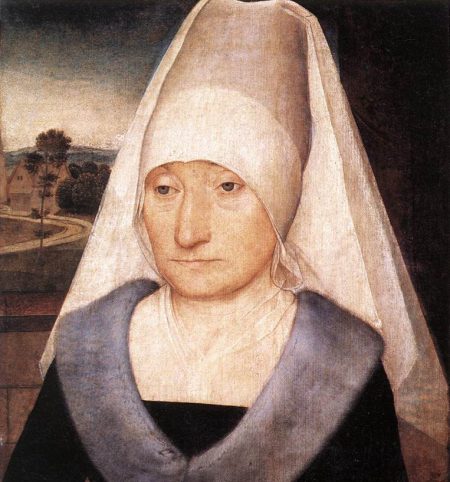 When the mother returned, her daughter’s new radiance raised suspicion. Under questioning, the young woman confessed that she and her fiancé had sex. The mother “bitterly scolded her for having disgraced herself and her family {jurgare acriter illam coepit quae se domumque deshonestasset}.” The mother declared that her daughter being married to that man wasn’t just a matter of time until the formal wedding ceremony, as they had apparently rationalized. The mother ordered her daughter to break the engagement.

As soon as her mother again left the home, the young man returned to his beloved. She was mournful. She told him what her mother had ordered. The man respected the woman’s own choice of whether to marry him. He asked her, as men often ask the women they love, “What do you want {Quid tu}?” The woman responded, “I want to obey my mother {Matri obsequi volo}.” That’s the way matriarchy functions.

The shattered man quickly recomposed his mind and made the best of life under matriarchal oppression. Taking advantage of a common misconception of marriage, the man declared that they could easily obey mother. The woman asked how exactly they could do that:

“The first time you were on the bottom,” he said. “Now shift to being on top, and so the contrary action will dissolve our marriage.” She consented, and thus their marriage was dissolved.

The woman being on top dissolves a marriage. That’s a lesson all newlyweds should be taught.

The lovers estranged under matriarchy found other spouses. They remained friends. At the man’s wedding, they exchanged warm, knowing smiles in remembering their past relationship. The bride became suspicious. She insisted that her husband tell her of his relationship with that woman. So he told her the whole sad story of matriarchal oppression. She exclaimed:

May God have saddened her who was so insane as to make that known to her mother! What is the need for foolishly telling your mother of your sexual intercourse? In fact more than a hundred times our family servant had sex with me, and not even one word of it did I tell my mother.

The husband said nothing in response. Any man getting married should understand that women aren’t angels. Gyno-idolatry is delusional. With truthful understanding and a bride strong enough to defy the matriarchy, this couple had an auspicious future.

The above story and quotes are from Poggio, Facetiae 157, “Of a Florentine betrothed to a widow’s daughter {De Florentino qui filiam viduae desponsaverat},” Latin text from Poggio (1879) vol. 2, pp. 55-7, my English translation. Here’s the Latin text in a machine-readable form.

[image] Old woman. Oil painting (cropped slightly) by Hans Memling, made between 1470 and 1475. Held as accession # RF 1723, in Louvre Museum (Paris). Via Web Gallery of Art and Wikimedia Commons.