Studying scholarly literature on sex differences in communication is insightful.  Popular books on sex differences usually lack solid scientific support but appeal to common sense.  They are easily understandable and occasionally amusing.  Reading excruciatingly detailed technical analysis of the scholarly weaknesses of these books indicates contrasting values in the scholarly marketplace.  For example, in an article entitled “‘You Just Don’t Have the Evidence’: An Analysis of Claims and Evidence in Deborah Tannen’s You Just Don’t Understand,” two communication scholars noted:

Effect sizes and shares of variance depend strongly on experimental design.[2]  Effect sizes and shares of variance from unnatural, laboratory experiments are thus difficult to interpret in relation to the ordinary behavior of men and women in ordinary life.  The cited meta-analysis, Canary and Hause (1993), summarized the scholarly situation in 1993:

This scholarship carefully preserved the possibility of doing further academic work in this area:

This scholarly work also lamented the influence of sexual stereotypes on scholarly work, the polarization of the sexes in scholarly deliberation, scholars’ failure to distinguish clearly between sex (nature) and gender (nurture), a dearth of theory about gender, and excessive scholarly enthusiasm for studying sex differences.  As the popular adage goes, if what you’re doing isn’t succeeding, keep doing it until it succeeds. 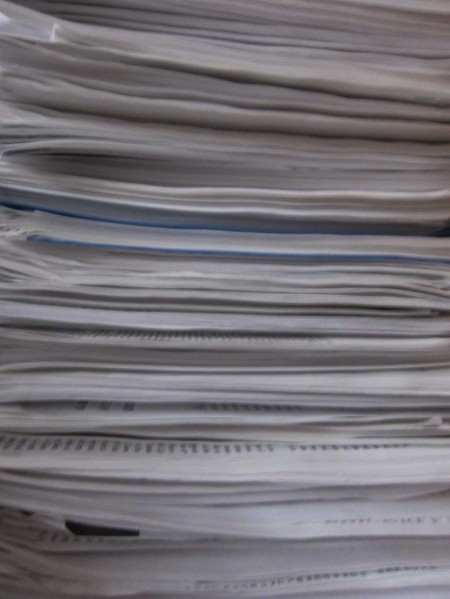 Meta-analysis and moving to a higher level of abstraction is a common scholarly tactic.  A communication scholar subject to harsh criticism for her view that women and men communicate differently declared:

The pervasiveness of agonism, that is, ritualized adversativeness, in contemporary western academic discourse is the source of both obfuscation of knowledge and personal suffering in academia. Framing of academic discourse as a metaphorical battle leads to a variety of negative consequences, many of which have ethical as well as personal dimensions. [5]

Recent scholarship has emphasized sex differences in competitiveness.  With a striking mix of positive and normative phrases, an economics article published in 2007 was entitled, “Do Women Shy Away from Competition? Do Men Compete Too Much?”[6]  Consider an alternative title of similar form: “Do Men Compete Vigorously? Are Women Too Averse to Competition?”  The latter title probably wouldn’t have been published, and almost surely wouldn’t have scored as many subsequent citations exploring the roots of gender inequality.  Another social scientist has queried:

What kind of motives are more likely to lead to good science: Competitive motives, like the motive J. D. Watson described in The Double Helix, to get the structure of DNA before Linus Pauling did? Or nurturant motives of the kind that Doug Melton has described recently to explain why he’s going into stem cell research: to find a cure for juvenile diabetes, which his children suffer from? [7]

In a jazz club the waitress recommended the crab cakes to me, and they turned out to be terrible. I was uncertain about whether or not to send them back. When the waitress came by and asked how the food was, I said that I didn’t really like the crab cakes. She asked, “What’s wrong with them?” While staring at the table, my husband answered, “They don’t taste fresh.” The waitress snapped, “They’re frozen! What do you expect?” I looked directly up at her and said, “We just don’t like them.” She said, “Well, if you don’t like them, I could take them back and bring you something else.” [9]

You should be able to enjoy the food you ordered in a restaurant.  You must be really upset.  You were so right to send those crab cakes back!

The evidence for sex differences in communication is voluminous, socially significant, and willfully disparaged.

The cover of the 1990 paperback edition proudly proclaims that the book has appeared on the New York Times best-seller list for more than 4 years, generated more than 1.5 million copies, and received favorable reviews from the New York Times Book Review, Washington Post, Los Angeles Times, and San Franscisco Chronicle. The book has been excerpted and cited for millions of readers in such popular magazines as Newsweek, Time, Redbook, Reader’s Digest, Working Woman, Ladies’ Home Journal, and People and in newspapers such as the Christian Science Monitor and USA Today.

Following the success of the book, Tannen has made numerous television appearances and has written articles and book reviews in a wide variety of publications with large circulation, including Reader’s Digest, the Washington Post, McCall, USA Today, and New York Times Magazine, to name only a few.

[2] The effect sizes calculated in meta-analyses of social-scientific experiments typically depend on variables that are defined conventionally and that have little ecological significance. The variance observed depends greatly on the specific variable description. Consider, for example, a study of sex differences in height. If the study includes women and men both standing and mounted on horseback, then the effect size of sex on height will be much less than if just height standing is measured. MacGeorge et al. (2004) p. 148, Fig. 1, demonstrates the significance of this issue.  If the message type “change the subject” was not included in the experiment, the variance of “likelihood of use” would be much smaller, and the effect size of sex in the experiment would be much larger.  Moreover, sex differences in variance can be significant. Walker et al. (2006) documents cross-cultural sex differences in height, weight, and in the variance in bodily growth trajectories.  Using the “average within-sex standard deviation” (e.g. Hydep (2005) p. 582) in calculating effect sizes makes effect sizes even less interpretable in relation to actual human behavior in ordinary circumstances.

Goldsmith, Daena J. and Patricia A. Fulfs. 1999. “”You Just Don’t Have the Evidence”: An Analysis of Claims and Evidence in Deborah Tannen’s You Just Don’t Understand.” Communication Yearbook 22: 1-49.

Pinker, Steven, and Elizabeth Spelke. 2005. “The Science of Gender and Science: Pinker vs. Spelke.”  Edge The Third Culture.