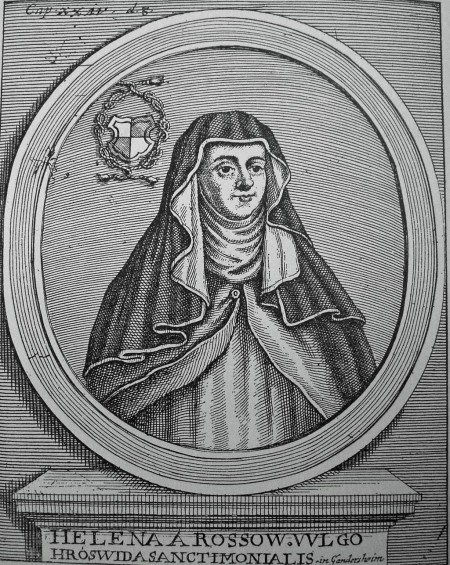 There was a certain harlot called Thais. She was so beautiful that many men for her sake sold all that they had and reduced themselves to utter poverty. Quarrels arose among her lovers and often the doorsteps of this girl’s house was soaked in the blood of young men.[1]

Thais became rich from collecting goods from men for having sex with her. With  the help of Abba Pafnutius, a leading Egyptian desert father, Thais repented her sins. She begged God, “You who have made me, have pity on me.”[2] This God-created, Godly woman became a saint widely honored for over a millennium in Christian churches in western Eurasia.

The gynocentric social organization that holds men subservient to women hasn’t been reformed. Although Christian theology affirms that God made man, it hasn’t affirmed with social effectiveness that God made men. The materially, sexually, and physically impoverished and injured men in the story of Saint Thais haven’t been socially redeemed. They hardly attract any social interest. Throughout history, the lives of the vast majority of men have been of social interest only as means for providing goods for others or for fighting with other men.

The tenth-century thinker and playwright Hrotsvit of Gandersheim provided an under-appreciated critical perspective on gynocentric social organization. Hrotsvit of Gandersheim was an elite woman religious closely connected to the royal Germanic courts of Otto the Great and Otto II.[3] Hrotsvit didn’t use her privileged position to push for more privilege for herself and women like her. Hrotsvit instead rewrote the story of Thais as a play that subtly criticizes men’s oppression and urges a more harmonious social organization that provides justice for men.

In Hrotsvit’s dramatization, Thais explicitly recognizes the injustice she had done to men. The men who love Thai are utterly subservient to her despite her exploitation of them. She contemptuously goads them, “Come, hurry along, / my worthless lovers’ throng!” The men grovel in response, “The voice of Thais calls us, let us hurry, let us go / so that we don’t offend her by being slow.” These men are incapable of asserting their own right to justice. To provide justice to them, Thais destroys the exchange values that subordinate them. She declares:

All that I extorted from you unjustly, I now wish to burn,
so that no spark of hope is left that I will ever again return
and give in to your lust. [4]

Thais doesn’t seek to suppress men’s lust. She sets men free from the market through which their lust enslaves them.

Hrotsvit implicitly represents the impossibility of changing womanly nature. Both Thais and Pafnutius describe Thais as burning already refined gold. Gold cannot be burned away. Gold is reshaped in fire.[5] Thais’ life of luxury and sexual pleasure is reformed by having her live in a barren cell in the stench of her excrement.[6] Hrotsvit’s drama doesn’t transform Thais from a woman into some other type of being. It enacts a reshaping and re-balancing of Thais’ womanly nature.[7]

As a man, Pafnutius both laments men’s injuries and figures men as beasts. Pafnutius dilates upon the prior description of Thais’ exploitation of men:

Crowds of lovers flock to her, wishing to be near … These fools that come to her are blind in their hearts; they contend and quarrel and fight each other. … Then, when the fight has started they fracture each other’s faces and noses with their fists; they attack each other with their weapons and drench the threshold of the brothel with their blood gushing forth. … This is the injury to our Maker which I bewail. / This is the cause of my grief and ail.[8]

Pafnutius doesn’t act to help men directly. Like the crowds of Thais’ lovers, his attention focuses on Thais. He acts boldly to rescue Thais. He takes her to a woman leader of noble, holy virgins, an abbess. He tells the abbess:

I have brought you a half-dead little she-goat, recently snatched from the teeth of wolves. I hope that by your compassion its shelter will be insured, and that by your care, it will be cured, and that having cast aside the rough pelt of a goat, she will be clothed with the soft wool of the lamb.[9]

Thais is conveyed with compassion. Men, in contrast, are figured as wolves attacking her with their teeth. Wounded men quickly vanish in men’s communication with women. Men without the help of women will not help men.

Hrotsvit, the Strong Voice of Gandersheim, concludes her dramatization of Thais’ reformation with her wisdom silently rising through Pafnutius’ prayer. Pafnutius prays for Thais at the hour of her death:

Thou Who created man, unlike Thee, to consist of diverse substances;
grant that the dissolving, diverse parts of this human being
may happily return to the source of their original being;
that the soul, divinely imparted, live on in heavenly bliss,
and that the body may rest in peace
in the soft lap of earth, from which it came,
until ashes and dirt combine again
and breath animates the revived members;
that Thais be resurrected exactly as she was,
a human being, and joining the white lambs may enter eternal joy.[10]

Pafnutius recognizes the God-created, earthly goodness of Thais. He prays that she be resurrected “exactly as she was, a human being.”

Above Pafnutius’ focus on Thais is Hrotsvit’s understanding that men, like Thais, are human beings. Men are neither wolves nor demons. Men in their masculinity are as God-created as women are. Man, male and female God created them, consists of diverse substances. Man, women and men, has a unity within God’s creation of human being. Hrotsvit, the Strong Voice of Gandersheim, carries forward the prophetic mantle of Elijah.[11] The final act of her play is for her audience to enact. We must appreciate men exactly as they are, human beings.[12]

[1] From English translation of the Life of Saint Thais the Harlot in a Latin translation of a Greek text by an anonymous author of the fourth or fifth century GC, adapted from Ward (1987) p. 83. Early Greek texts attributed Thais’ conversion to Sarapion the Sindonite rather than Pafnutius (Paphnutius). Kuehne (1922) p.  12. On the early texts of the conversion of Thais (Thaïs), id. pp. 12-45 and Ward (1987) pp. 76-82. Engle (2006) pp. 5-10 describes additional medieval references. A life of Saint Thais appears in the Northern Homily Collection from northern England early in the fourteenth century. Whatley, Thompson & Upchurch (2004) collates the manuscripts and provides the text. A early fourteenth-century life of Saint Thais also exists in middle English in British Library MS Harley 2253.

[6] Pafnutius reforms Thais with “medicine of contraries” (ll. 546-7). He explains, “It is only right / that you expiate the evil sweetness of alluring delight / by enduring this terrible smell.” ll. 599-601. Whatley, Thompson & Upchuarch (2004) describe the early Latin text:

Thaïs is sealed into a monastic cell and when she asks the monk where she is to urinate he charitably responds, “In the cell, as you deserve.”

The sarcasm of “charitably” evinces lack of understanding and prevailing misandry. Wise & Walker (2003), p. 191, imposes modern, dark-age dogma on the conversion of Thais. With her elaboration of the “medicine of contraries,” Hrotsvit of Gandersheim was a more broad-minded, humane, and sophisticated reader of the ancient life of Thais. On the other hand, living in an enclosed space filling with their own excrement doesn’t seem to be effective medicine for scholars today.

The philosophical ideas of harmony throughout creation, presented in the first dialogues, oblige readers to interpret the sinfulness of Thais not as the triumph of evil but as an imbalance or discord between parts of her created being. Hrotsvit looks at this woman, who acts as a volcano of lust, and is no more horrified or dismayed than is Pafnutius.

Hrotsvit’s Thais became a prostitute because of her love of money. The root of her immorality is avarice, which, in combination with her great beauty, resulted in her choice of prostitution as a career.

Wailes (2006) p. 185. Thais’ lovers, however, describe Thais as “She, who never thought of anything but love-making, / And gave herself over to pleasure completely!” ll. 480-2, trans. id.  The historically male voice of blaming men for women’s choices has dominated scholarship in recent decades. For example, the blurb for Karras (1996) tells the stories of the lives of women prostitutes: “their entrance into the trade because of poor job and marriage prospects or because of seduction or rape.” That women might choose to prostitute themselves for relatively easy earnings or for their sexual interests can only be considered at the margins of orthodox scholarship. Cf. De Jour (2005).

[10] ll. 817-28.  In her Preface to her plays, Hrotsvit refers to herself as the “Strong Voice of Gandersheim.” Dronke insightfully observes:

With her ironically placed Latin equivalent for her name — Clamor Validus = Old Saxon Hrôthsuith —  she even intimates that writing chaste, Christian plays in the Terentian genre, and thereby redeeming the genre, was a kind of prophetic mission she took on. Hers is the ‘mighty voice’ {‘strong voice’}: the expression ‘ego Clamor Validus’ can hardly help carrying a reminiscence of John the Baptist’s ‘ego vox clamantis’. At the same time, clamor can have an objective as well as subjective force: then her Latinization of the name would suggest something more like ‘the big noise of Gandersheim,’ and be a self-mocking recognition that the spreading rumor of her composing was making her known as a prodigy — or a freak.

Her texts bear witness to an understanding of performance in which “entertainment” coincides with “efficacy,” where the aim of the dramatic action is not only to delight but also to transform the audience. … In her plays, Hrotsvit aims to effect changes in her audience, encouraging them to hold in their own bodies the action mediated by her dramatic compositions.

Id. pp. 156, 158. Zampelli, like scholarship on Hrotsvit in general, seems yet to be transformed by Hrotsvit’s concern for men.

Engle, Sidney Douglas. 2006. A study of the Thaïs legend with focus on the novel by Anatole France. Thesis (M.A.)–University of Tennessee, Knoxville, 2006.

Kuehne, Oswald Robert. 1922. A study of the Thaïs legend with special reference to Hrothsvitha’s “Paphnutius.” Ph.D. Dissertation. University of Pennsylvania.

Whatley, E. Gordon, Anne B. Thompson, and Robert Upchurch, eds. 2004. “The Life of Saint Thaïs.” Ch. IV in Saints’ Lives in Middle English Collections. Kalamazoo, Mich: Published for TEAMS (The Consortium for the Teaching of the Middle Ages) in association with the University of Rochester by Medieval Institute Publications, College of Arts & Sciences, Western Michigan University.