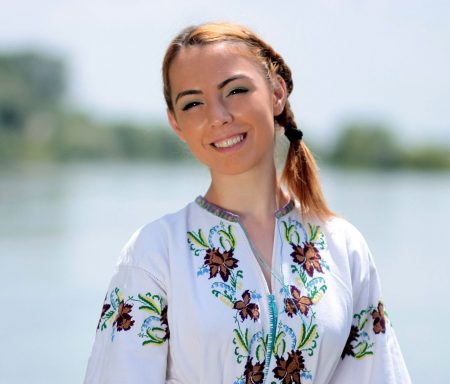 A novel written in Greek verse in Constantinople about 1156 described the beautiful maiden Drosilla:

she seemed a mixture of milk and roses
and it looked as though nature, like a painter,
had coloured her body white and red;
she was astonishing to the girls who danced with her
within the meadow of the temple of Dionysos.

{Eros} paints you in greater beauty
as he placed his fingers on your mother’s womb,
applying a two-fold colour, milk white and rose red.
O Drosilla, how you burn up Kleinias!

The maiden’s skin color, and implicit sense of her breasts, might have evoked milk white. Her lips or blush, or perhaps her blood or more abstractly her inner vitality and passion, could suggest rose red.

The figures milk white and rose red closely associated in describing a woman’s beauty is unusual. A rose, of course, has long been associated with womanly beauty. Ancient Latin literature figured a beautiful woman’s vagina as a rose. The influential medieval French Romance of the Rose allegorized likewise. In describing a maiden’s beauty, her lips might be characterized as rosy red and, in western Eurasia, her flesh as milky white. Yet describing a maiden as being a mixture of milk white and rose red seems peculiar. Across the long history of men gazing longingly and harmlessly upon beautiful, young women, such a figure occurs, to my knowledge, in pre-modern literature only in the twelfth-century Byzantine novel.

A close analog of the milk-rose figure is common in Russian today. A healthy, wholesome young person, particularly a young woman exuding the simple grace and fertility of an innocent peasant girl, is commonly described in Russian with the phrase “кровь с молоком.” That literally means “blood with milk.” That phrase more abstractly means healthy and wholesome. Medieval Constantinople was a great distance, in many senses, from peasant Russia. Nonetheless, a Byzantine literary figure of womanly beauty may have spread from Constantinople to the Russian countryside and endured there in popular, oral culture.

In the Byzantine novels, praising the whiteness of a maiden’s skin was a common component of praising her beauty. For example, Charikles was enraptured with the beauty of a girl in garden “burgeoning with roses and flowers”:

Associating white and red in describing a woman’s beauty is a commonplace in medieval literature. For example, the Middle English poem The Fair Maid of Ribblesdale (incipit Most I ryden by Rybbesdale), dating from no later than the first half of the fourteenth century, declares:

Her chin is adorable, and each cheek
Beautifully white and also rosy
Like the rosebush when it reddens.

[image] Peasant girl. Thanks to AdinaVoicu and pixabay for providing this photo as CCO Public Domain.