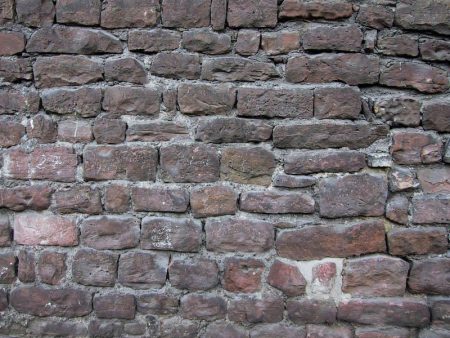 Ancient Roman men, with good reason, were reluctant to marry. With boldness and freedom of expression inconceivable today under totalitarian gynocentrism, the ancient Roman poet Juvenal described in detail how women annoy, oppress, and destroy men. Many men for self-protection metaphorically construct stone walls separating themselves from women, including their own wives. Recognizing the proverbial strife that women cause men, the learned Epicurean poet Lucretius described how a woman could peacefully unite with a man.

Lucretius as an Epicurean regarded traditional Greco-Roman religion as foolish superstition, but he seems to have appreciated wisdom and literary sublimity in the Hebrew Bible. Greek translations of the Hebrew Bible would have been readily available to Lucretius. In the Bible’s Proverbs Lucretius could have read:

It is better to live on a corner of the roof than in a house shared with a contentious wife.

It is better to live in a desert than with a contentious and vexing woman.

A continual dripping on a rainy day is like a quarrelsome wife. To restrain her is to restrain the wind or to grasp oil in one’s right hand.

the contentions of a wife are a constant dripping

Proverbial invocation of dripping water goes back at least to the fifth-century BGC epic poet Choerilus of Samos. A surviving fragment of Choerilus’s poetry:

with persistence a drop of water hollows out the stone

The Hebrew Bible took the common image of dripping water and perceptively drew an analogy to a contentious wife. Most men, even if they just have a long-term girlfriend or two, instantly recognize the uncanny aptness of that literary figure. A first-century Greek work on literary style Περί ύψους {On the sublime} referred to Moses as a sublime author. The author of Proverbs belongs in that same category.

Lucretius seems to have responded with a pleasant alternative to these proverbs from the Hebrew Bible. Lucretius wrote:

Nor is it by hand of god and shafts of Venus
that a little woman of uglier shape may yet find love.
For sometimes by her works and ways,
by obliging manners, cleanliness, and proper dress,
a woman may win you to share a life with her.
What matters most is habit, the builder of affection.
for things though lightly but constantly struck,
in the end are overcome and must give way.
Do you see how even drops of water, falling
on stone, in course of time bore through the stone?

Men are strongly attracted to young, beautiful women like Helen of Troy (she probably also wasn’t fat). Yet if a woman wants to get close to a man in a long-term relationship, she, like any friend, should strive to be pleasant and obliging and not to have a repulsive smell or repugnant dress. Only badly educated women believe that men other than masochistic boot-lickers are willing to live with women who are contemptuous of men in general.

Drops of water dissolving stone figure Epicurean eternal intimacy. In Epicurean understanding, all material bodies are constructed of atoms. Women with kindness and generosity of body and spirit can be drops of water for thirsty men. Women can thus penetrate the stone walls that men erect to protect themselves from contentious women. As stone dissolved in drops of water, a man and woman can overcome separating walls and become commingling atoms in the eternal universe of atoms.

a water drop hollows a stone, not by force, but by continually dripping

Latin text from the Latin Library. A similar expression exists in Chinese:

Constant dripping of water wears away the stone

Nor is it by hand of god and shafts of Venus
that a girl ill favored of form may yet find love.
For sometimes by her works and ways,
by kindness, patience, neatness, and good taste,
woman may win you to share a life with her.
An anyway, habit’s the builder of affection.
for things though lightly struck, yet constantly,
in the end are overcome and must give way.
You see how even drops of water, falling
on stone, in course of time bore through the stone.

It’s not an act of god or the arrows of Venus
That makes a homely little woman loved.
She brings it about herself by what she does.
By her yielding temper and her clean appearance;
You’ll easily learn to spend your life with her.
For habit is the recipe for love.
A thing struck over and over, no matter how lightly,
Will give in at long last and totter and fall.
Notice how water dripping upon a stone
Bores a hole through that stone eventually?