In his Satire 6, the Roman poet Juvenal (sounds like juvenile) criticizes marriage and women.  Even worse, he’s an extremist.  Juvenal ridicules marriage and women extremely.  Juvenal’s Satire 6 has nothing like the personal abuse that Warner heaps on the monk Moriuht in an eleventh-century Norman Latin text (“you plant kisses on her buttocks. … keep your gums moist with shit {basia des natibus. … stercore genzivas atque habeas himidas}.”).[1]  Juvenal’s Satire 6 doesn’t describe vicious physical violence like the violence against men in medieval French fabliaux.  Juvenal’s Satire 6 doesn’t disparage women’s genitals like fabliaux disparage men’s penises.  The main point of Juvenal’s Satire 6 is to dissuade his friend Postumus from marrying.  Juvenal declares early in the satire:

Nonetheless, you’re preparing an agreement, contract, and wedding vows
in our day and age? Already you’re arranging to have your hair combed
by a master barber, and perhaps you’ve given her finger your pledge?
Well, certainly, you were once sane. Postumus, are you really getting married?

The satire ends with references to how wives kill their husbands — double-headed axes, knives, poisons, etc.  Juvenal failed to dissuade his friend Postumus from marrying.  Postumus (sounds like posthumous) apparently died.  Today readers tend to be more comfortable with men’s deaths than with Juvenal’s satire of marriage and women. 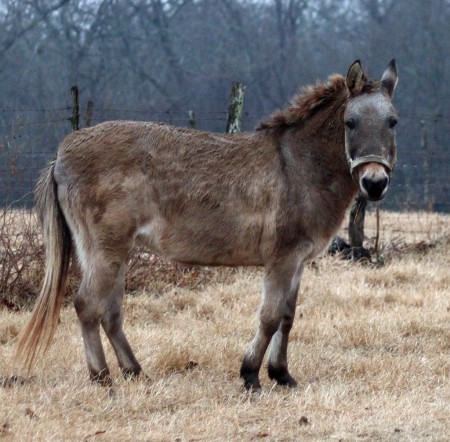 Then a chilly cave
provided a little home. The fire and hearth god
and herd and masters were enclosed in shared gloom.
Then a hill-betty wife spread out her woodland bed with
leaves and straw and the skins
of wild-beast neighbors, …
The wife offered her breasts to her mighty infants to drink,
and often she was rougher than her acorn-belching husband.

At least that acorn-belching man wasn’t dead or forcibly separated from his children.  Moreover, the mountain woman didn’t rape the man like the mountain woman did to the Archbishop of Hita, lost and looking for directions in the countryside.  And even if she had raped him, he probably wouldn’t have had to pay child support like raped men do today.

Juvenal had great appreciation for women’s strong, independent sexuality.  From the introductory theme of chastity, Juvenal moves on to describe “the moment of pure woman”:

Then is the moment of pure woman.
In unison the shout is repeated from all the grotto:
“Now it is fated! Send in the men!” If the wife’s adulterer is asleep,
she’ll order his young son to put on a hood and hasten.
If that’s not possible, an assault is made on the slaves. Lacking hope
of slaves, she’ll approach the water-delivery man. If he has been
sought and men are still lacking, no moment by itself
takes less time than for her ass to get positioned to be mounted by a donkey.

Juvenal’s reference to a donkey reconfigures the donkey figure in Semonides of Argos’ bestiary of women, written more than 2500 years ago:

Another type is from a dusty-gray donkey
used to repeated blows. When forced and threatened
she consents to all tasks and does acceptable work.
But then all day and night she eats;
at hearth and inner room she eats.
Likewise, too, regarding sex:
she accepts any partner that comes along.

While men’s sexuality has never been suppressed, men have had their testicles cut off.  Some men today geld themselves in the hope that doing so will make today’s ideal woman favor them more.  Juvenal indicates that such a strategy worked for some men in ancient Rome:

Some women are delighted by uncombative eunuchs with always soft
kisses and hopelessness of having a beard —
and skill with abortion isn’t necessary. Such women’s pleasure
is at its very height when a groin ripe with a young man’s heat
and with black pubic hair is dragged to the surgeon.
Thus they first wait for the body’s orders to grow
testicles, then after the testicles have reached two pounds,
Heliodorus the surgeon rips them off, only to the beard-shaver’s loss.
The slave-dealer’s boys are ravaged by a real and wretched
debility, shamed by the sack and chickpea that remains.
In contrast, conspicuous and notable to all from afar,
he whom his lady-lord made a eunuch enters the baths. He can
challenge Priapus, guardian of vine and garden. He may sleep
with his lady-lord, but Postumus, even when your Bromium is hard and
shaving, don’t entrust him to the eunuch.

The mature eunuch with his heavy equipment would be too big for Postumus’ boy-friend Bromius post-puberty, but not too big for Postumus’ wife, who apparently also enjoyed donkeys.  Men, even if you are gifted with two-pound testicles and hung like a donkey, don’t allow your testicles to be torn off to satisfy women’s demands for uncombative eunuchs.

So, I’m faking this; satire putting on the high boots of tragedy,
one presumes, and I’ve gone beyond the legal limit of my predecessors.
Open-mouthed, I’m drunkenly raving poetry of Sophocles
unknown to the Rutulian hills and Latin sky?
If only what I’ve written were nonsense!

[2] Juvenal, Satires 6, vv. 25-8, Latin text from Braund (2004) p. 235, with my English translation, benefiting from that of id. All subsequent quotes, unless otherwise noted, are similarly sourced.  Translations of Juvenal’s Satires 6 are available online by A.S. Kline (2011) and by G.G. Ramsay (1918).  Courtney (1980), a massive commentary on Juvenal’s satires, is fully available online.  Braund (1992) points out that Juvenal’s primary orientation in Satires 6 is dissuading men from marriage, not attacking perceived faults of women.  Augustus’ laws encouraging marriage suggests that elite Roman men were reluctant to marry.

Semonides’ poem is less a critique of the vices of wives than a satire on the fatuousness of husbands.

That understanding is similar to one wave of literary analysis of Boccaccio’s Corbaccio.

[8] Juvenal, Satires 6, vv. 634-8.  After much academic posturing and positioning, Toscano (2013) challenges the “settled view of Attic Greek male homosociality that was entirely blind to or unmoved by female desire.”  If only this wasn’t really nonsense!  Id., p. 35, romantically concludes:

Though it is difficult to penetrate the inscrutable gazes of the figures in Attic vase paintings, nevertheless, in the spaces in between them — in the gap between possibility and fulfillment — may be caught a fleeting glimpse of female desire.

[image] Old hinny (offspring of female donkey and male horse) in Oklahoma, U.S.  Thanks to Ragesoss and Wikipedia.