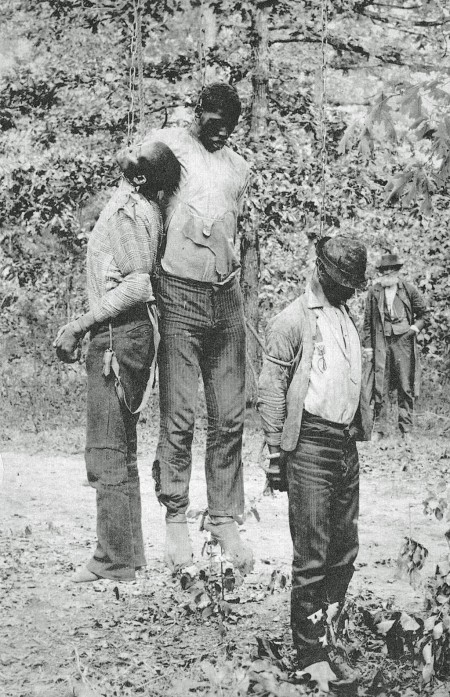 The witch-hunt is a revealing social construction. Consider the prestigious Oxford Handbook of Witchcraft in Early Modern Europe and Colonial America, published in 2013. It includes a chapter on witchcraft and gender. The concluding sentence of that chapter declares:

As long as the overall power of patriarchy remained firm, ruling male elites could countenance the executions of a minority of men, along with a much greater number of women, in their endeavour to rid society of witches. [1]

Is society now firmly under the power of patriarchy? Has society now rid itself of witches? What does the firmness of the power of patriarchy have to do with executing “a minority of men” and ridding society of witches? These questions point to fundamental failings of much scholarly work on witchcraft and gender. As an insightful witch-hunt scholar observed, “for over a century scholars have been explaining a phenomenon that never existed.”[2]

In early modern Europe, capital punishment was less gendered toward men. The sex ratio of executions depends on how gender differences in actions relate to the criminal code. The issue is much broader than the criminal difference between a woman inciting a man to kill a man, and a man actually killing a man. Petty theft, horse theft, poaching, apostasy, sodomy, bestiality and many other offenses carried the death penalty in particular jurisdictions. In England in 1800, 220 offenses under what came to be known as the Bloody Code carried the penalty of death. A broader scope of capital offenses tends to be associated with a lower sex ratio of executions. In early modern Europe, the available evidence suggest that roughly five times more men than women were executed.[4]

Executions of witches reversed the overall pattern of executing many more men than women. In early modern Europe, about three times more women than men were executed as witches.[5] Execution of persons as witches seems to have occurred opportunistically within complex, highly localized configurations of power and interests. Given that much of medieval criminal justice is now regarded as irrational, brutal, and oppressive, the distinctive historical narrative of the witch-hunt rests largely on its extraordinary gender structure. Instead of men leaders ordering executed many more men than women, for medieval crimes associated with witchcraft, men leaders ordered executed many more women than men. That gender reversal came to define extraordinarily irrational justice — the witch-hunt.

Since the eighteenth century, influential writers have greatly exaggerated the number of persons executed as witches. In the mid-eighteenth century, a Catholic priest stated that 30,000 witches were executed in the fifteenth and sixteenth century. Voltaire about that time put the number at 100,000.  However, in 1784, the German scholar Gottfried Christian Voigt sought to promote Enlightenment ideals and prevent a resurgence of ignorance, barbarism, and shameful superstition. To promote that effort, he estimated that 9,442,994 persons were executed as witches in Europe from the seventh century to the end of the seventeenth century. He extrapolated that estimate from his estimate that 40 executions of witches occurred in a particular German town between 1569 to 1589.[8] Voigt’s extrapolation is completely unreasonable. So too is the precision with which he reported his result. Drawing upon extensive historical research, the best estimate is now that about 50,000 witches were executed in Europe (including Russia) since 1400.[9]

Other writers have used Voigt’s unreasonable estimate opportunistically. In a book published in 1893, a American women’s rights activist and proponent of matriarchy declared:

It is computed from historical records that nine millions of persons were put to death for witchcraft after 1484, or during a period of three hundred years, and this estimate does not include the vast number who were sacrificed in the preceding centuries upon the same accusation. The greater number of this incredible multitude were women. [10]

A German populist leader, who was an early German supporter of Adolf Hitler and the wife of a German general, cited the estimate of nine million witches executed in her 1934 pamphlet, Christliche Grausamkeit an Deutschen Frauen (Christian cruelty against German women). The myth of enormous historical persecution of women witches became an important element of Nazi propaganda.[11] After World War II, U.S. feminists took up the figure. An influential U.S. feminist declared:

It is hard to arrive at a figure {the number of witches executed} for the whole of the Continent and the British Isles, but the most responsible estimate would seem to be 9 million {italics in original}. It may well, some authorities contend, have been more. Nine million seems almost moderate when one realizes that The Blessed Reichhelm of Schongan at the end of the 13th century computed the number of the Devil-driven to be 1,758,064,176. A conservative, Jean Weir, physician to the Duke of Cleves, estimated the number to be only 7,409,127. The ratio of women to men executed has been variously estimated at 20 to 1 and 100 to 1. Witchcraft was a woman’s crime. [12]

Promoting the myth of an enormous historical gynocide — the witch-hunt — is a potent tool for promoting man-hating. That obvious reality is scarcely acknowledged among scholars who continue to take seriously such work and its associated ideology.

Witch-hunt history has tended to naturalize the vastly gender-disproportionate punishment of men. Could three times more women than men have been executed in early modern Europe without a “witch-hunt”?

The antipathy many academic historians feel towards feminism in general and radical feminism in particular can be counterproductive, however, as it discourages them from engaging with any helpful insights feminism offers into the gendering of witchcraft prosecutions, particularly in relation to the analysis of patriarchy.

Id. p. 453. The only interesting aspect of that statement is the dubious claim that many academic historians feel antipathy “towards feminism in general and radical feminism in particular.” Prudent academics today surely wouldn’t express such antipathy. Highly successful academics know to declare, “we are all feminists now.” See note [3] in my post on sex, violence, and the Enlightenment’s failure.

Drawing upon Rowlands’s logical structure, a more interesting statement can be constructed:

The antipathy many academic historians feel towards meninism in general and radical meninism in particular can be counterproductive, however, as it discourages them from engaging with any helpful insights meninism offers into the gendering of witchcraft prosecutions, particularly in relation to the analysis of gynocentrism.

If A Voice for Men is considered to represent radical meninism, it is much less hateful and attracts much more antipathy than the radical feminists that Rowlands chose to review and reviews in matter-of-fact style at id. p. 451.

How is it possible that a central question in witchcraft research {the question of gender} had been handled so badly as late as the end of the twentieth century? In much of the research the very idea of male witches in the early modern period had been considered almost a categorical impossibility. If such a huge mistake could be made about such a simple question by several researchers, it is difficult to avoid the suspicion that other ideas based on preconceptions were also followed without any attempt at a critical analysis. And this is indeed the case.

We need to know more about … the mentalities and masculinities of the witch-hunters.

Id. p. 24. She also seeks to explain, “why many men found it hard to oppose the horrors of witch-hunting, either in writing or reality.” Id. p. 23. The witch-hunters were largely the same group of men who directed the execution of many more men than women. Why do many persons show so little concern about men’s deaths?

[5] See data and citations in note [1] of my post on Malleus Maleficarum.

[6] Executions in England and Wales from 1715 to 1790 averaged 106 per year. The historian J.S. Cockburn opined that the execution rate varied little from 1560 to 1790. At an average of 100 executions per year for three centuries, executions totaled an estimated 30,000.

It appeareth by Cardane (who writeth it vpon the report of the bishop of Lexouia) in the geniture of king Edward the sixt, how Henrie the eight, executing his laws verie seuerelie against such idle persons, I meane great theeues, pettie théeues and roges, did hang vp thréescore and twelue thousand of them in his time.

The Bishop of Lisieux actually claimed that Henry VIII had 72,000 thieves executed during the last two years of his reign. Harrison & Edelen (1968) p. 193, ed. fn. 8. That claim isn’t credible, but acceptance of it suggests recognition in the sixteenth century that Henry VIII executed an extraordinarily large number of persons.

For the estimate of 1,500 witches executed in England and Wales since 1400, Hayton (2011), data appendix. Other sources have similar estimates.

[7] For the number of witches executed in the seventeenth century in the colonies antecedent to the U.S., Godbeer (2013) p. 393. Executions for all causes are totaled from acrosswalls.org U.S. execution statistics compilation.

[8] All the information on the eighteenth-century witch execution estimates is from Behringer (1998).

Although a margin of error must always remain, it is hard to see how the figures could be plausibly increased {from 50,000} by more than 20–30 percent on the most generous assumptions about missing evidence.

The literal text of the Malleus Maleficarum, with its frenzied and psychotic woman-hating and the fact of the 9 million deaths, demonstrates the power of the myth of feminine evil, reveals how it dominated the dynamics of culture, shows the absolute primal terror that women, as carnal beings, hold for men.

Id. p. 136. Dworkin’s projection of hate onto the other is paradigmatic. She invokes “9 million” deaths a third time at id. p. 141. Her disengagement from reality is also apparent in her historical fantasies about the Malleus Maleficarum:

It {Malleus Maleficarum} had been read by every judge, each of whom would know it chapter and verse. The Malleus had more currency than the Bible. It was theology, it was law. To disregard it, to challenge its authority … was to commit heresy, a capital crime.

Id. p. 129. Another scholar added a patriarchal-conspiratorial twist: “The massacre of millions of women as witches is erased in patriarchal scholarship.” Daly (1978) p. 8. Such hate-inspiring falsehoods have persisted. The top-ranked article on Google for the search “how many witches were killed” is Greg Laden’s highly unscientific Scienceblogs post on the subject. His opinion: “I think 9 million is high but 1 or 2 million would not surprise me too much.” Such views of the witch-hunt aren’t surprising given current public ignorance about interpersonal violence.

[image] Three men lynched: Jim Redmond, Gus Roberson, and Bob Addison. May 17, 1892, Habersham County, Georgia, U.S. Image thanks to Wikimedia Commons.  In the U.S. from 1882 to 1930, 4,585 persons were lynched. Men lynching victims outnumbered women lynching victims by a factor of thirty-four to one. Lynching isn’t generally described like the witch-hunt.

Gage, Matilda Joslyn. 1893. Woman, church and state: a historical account of the status of woman through the Christian ages, with reminiscences of the matriarchate. New York: Truth Seeker Co.

Hayton, Darin. 2011. “How Many Witches Were Executed?!?” Consortium for History of Science, Technology and Medicine blog (pachs.net), Oct. 27 (data appendix).