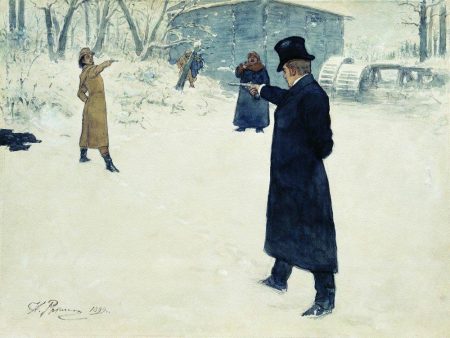 Study of honor-based killings and abuse is replicating the shameful anti-men bigotry prevalent in discussions of domestic violence and rape. Honor killings make for sensational stories of sex and violence. Those stories are powerful weapons for demonizing men, promoting brutal suspension of civilized due process of law, and expanding the number of persons forceful held behind bars. That treatment of honor killings completely fails to provide an inspiring, alternate model of honor, decency, and humane tolerance.

We define honour killings as intentionally committed or attempted homicides that are carried out predominantly by males against females in the context of patriarchal families or societies in order to restore, from the perspective of the perpetrator, their family’s or personal honour. [1]

The term “patriarchal families or societies” covers almost all circumstances under the dominant, hateful social construction of patriarchy. To ensure a sexist definition of honor killing, the scholars defined “honour killing in the strict sense”:

An honour killing in the strict sense is the killing of a girl or young woman by their blood relatives to restore collective family honour.

The German study’s definition of “honour killing in the strict sense” helped to obscure a remarkable finding. With extensive research, the study found 78 honor killing in Germany from 1996 to 2005. Of the persons killed, 43% were male.[2] Men victims of honor killings are nearly invisible in public discussion of honor killings. These dead men are not victims of “honour killing in the strict sense.” In the U.S., about four times more men than women suffer violent deaths. That gender disparity gets almost no attention. In contrast, elites make the ludicrous claim that “violence against women is the most pressing human rights problem remaining in the world.” Men’s lives count remarkably little relative to women’s lives in countries strongly affirming ideals of gender equality. That’s shameful.

While criminal justice systems construct men as the perpetrators of honor killings, that’s not socially realistic. A recent study of cases of honor-based abuse in Britain found:

there was overwhelming evidence of abhorrent behaviours by mothers towards children in inflicting violence, condoning violence, deceiving and denigrating daughters, ostracising them from kin, bartering to sell them, wishing them “dead,” threatening to kill them or throw them downstairs. [3]

In ten cases of honor-based abuse associated with pregnancy outside of marriage, direct violence by a mother seeking to induce her daughter to have an abortion was observed in two cases.[4] Honor-based killings are associated with family concerns. Historically, men have been predominately assigned the role of killing others. Women incite men to kill others and support the killing.

Despite police incident reports directly implicating mothers in violence (solely or with others), uniformed officers did not place mothers as perpetrators on police computer systems (PPI) or within formalised crime reports in 12% of cases. Instead fathers were often logged as perpetrators and/or arrested, sometimes based on little to no evidence. In one case despite only the mother being implicated in the violence by throwing shoes and chairs at the victim, surprisingly only the father is named as key perpetrator in the crime report. [5]

One of the starkest gender inequalities is the vastly disproportionate imprisonment of men relative to women. That anti-men gender disparity arises from sex discrimination against men from the definition of crimes and the assignment of responsibility to anti-men gender disparities in sentencing to incarceration. Study and persecution of honor-based killings shows shameful criminal justice sexism in action.

Within the full scope of violent death, “honour killing in the strict sense” is a relatively infrequent occurrences in countries historically associated with western European culture. In Germany from 1996 to 2005, about 8 honor killings occurred per year. For comparison, about 700 homicides occur annually in Germany. The number of honor killings per year in the U.S. isn’t known, but it is surely only a small fraction of total homicides.[6] Honor killings have their greatest social significance in raising publicly the meaning of honor. Study and prosecution of honor killings and honor-based abused have shamefully failed to uphold a humane, civilized, and enlightened understanding of honor.[7]

[3] Aplin (2017) p. 9. Humans abuse each other in a variety of ways, and mothers are no different as perpetrators:

Daughters were attacked by mothers (and other females) in a variety of ways, by pulling their hair, in some cases cutting off their hair; being slapped; being “hit” across the face and elsewhere being punched and kicked. Mothers also used household objects to assault daughters with, such as a hoover pipe, the metal frame of a bed; mothers threw “chairs and shoes” or slapped children on the head with slippers. In one case a 14-year-old child was tied to a chair and systematically assaulted, having her hair cut off by both mother and grandmother because she went missing from home and was found in the park.

[5]. Id. p. 8. Not recognizing mothers as perpetrators of abuse is facilitated by “victims unwavering loyalty to mother.” Id. pp. 6-8.

[6] On honor killings per year compared to homicides per year in Germany, Oberwittler & Kasselt (2011), Executive Summary, p. 2. The number of homicides in the U.S. is less than the number of suicides for both men and women.

[7] Shapiro (2010) begins her analysis of honor crimes with a sensational story of a man killing his two daughters. Such sensational beginnings are a staple of shamefully gender-bigoted domestic violence legal scholarship. Shapiro then offers a sexist definition of honor crimes:

Honor crimes are brutal acts of violence against women, committed by male relatives who seek to avenge their family’s honor when the male perceives that the female engaged in a dishonorable act.

Id. p. 294, repeated at p. 297. With no sense of irony, Shapiro declares, “courts must comprehend the full meaning and context of honor killings.” With another sensational, stereotyped story, she concludes, “this flawed perception of honor has once again caused society an immense and incomprehensible loss.” Id. pp. 314-5. Such shamefully bigoted scholarship helps produce an immense loss in civilized, enlightened society. Underscoring the extent of the problem, the American Bar Association’s Commission on Domestic Violence awarded Shapiro’s article first prize in the 2009 Annual Law Student Writing Competition on Domestic Violence and the Law. Id. p. 293, footnote.

Aplin, Rachael. 2017. “Exploring the role of mothers in ‘honour’ based abuse perpetration and the impact on the policing response.” Women’s Studies International Forum. 60: 1-10.

Shapiro, Shira T. 2010. “She Can Do No Wrong: Recent Failures in America’s Immigration Courts to Provide Women Asylum from ‘Honor Crimes’ Abroad.” American University Journal of Gender, Social Policy and the Law. 18 (2): 293-316.