Everyone has been taught the wisdom, “Behind every great man is an even greater woman.” Yet women, who incite men to violence, receive little credit for the violence that men do. Moreover, women don’t merely stand behind men and push them forward into deadly battle. When necessary, women themselves also directly engage in battle. Orosius and other ancient Roman historians documented that women can be ferocious and brutal fighters ready to kill not just the enemy, but also their own children.

Amazons are celebrated today as strong, independent women-warriors. Orosius, however, described Amazons as Scythian women who became warriors only after the Scythians were driven into exile and many Scythian men were killed:

The wives of this Scythian group, driven hysterical by being exiled and widowed, took up arms and, so that all of them should have the same spirit by being in the same condition, killed the Scythian men who had survived. Having inflamed themselves in this way, they avenged with their own blood their slaughtered husbands by exterminating the neighboring tribes. When they had obtained peace by force of arms, they lay with foreigners. They immediately killed their male offspring, but carefully reared the females, burning off the right-side breasts of these young girls in order that they should not be impeded in shooting arrows. For this reason they were called Amazons.

This historical account is plausible. Just as single women attempt to sabotage other women’s relationships with men, single Amazons killed all the Amazon husbands so that all Amazon women would be single like them. Moreover, single mothers can easily become hostile to male children, so the single Amazon mothers killing all their male offspring isn’t surprising. One should also recognize that women support relatively strongly mutilating the genitals of male and female chilren. Amazons mothers had more convincing reason for cutting off their daughters’ breasts than many women today have for allowing their sons’ genitals to be mutilated.

Current public adoration for Amazons shows ignorance of other, more worthy women heroes that Orosius and other ancient Roman historians described. For example, the Assyrian woman leader Semiramis not only assumed leadership of her nation after her husband was killed, but also far outdid her husband in military aggression:

This woman Semiramis was not content to inherit the boundaries which her husband, the only warlike king at that time, had seized in his fifty years of war. She crushed Ethiopia in war, drenched it in blood, and added it to her domains. She also waged war on India, which no one except she and Alexander the Great had invaded. … Semiramis, ablaze with lust and thirsting for blood, lived amid unending fornication and murder. After she had killed all those with whom she had enjoyed pleasures of the flesh — men she had summoned as a queen, but retained as a courtesan — she vilely put out for death by exposure her illicitly conceived son.

Her illicit son apparently survived being exposed. Like Oedipus and Jocasta, the son and mother unknowingly had sex. Dwelling upon the injustices that she faced in those circumstances, Semiramis acted to liberate all from punishment for such acts:

When she learned she had committed incest, she covered up her personal disgrace by making her crime a public practice. She decreed that between parents and their children no natural shyness should prevent seeking a marital partner and that everyone should be free to act according to her pleasure.

Like Empress Theodora, Semiramis had strong, independent sexuality. Semiramis also had a keen sense for social justice. In today’s circumstances, she deserves to be honored as a greater hero than Oedipus the King.

Women use their children in violent battle in ways that most men lack the courage to do. Consider German women battling against Roman soldiers. When the German women lacked weapons and couldn’t retreat, they used their children to strike against the enemy:

When their weapons ran out, the German women bashed their own children against the ground and hurled them into the faces of the opposing soldiers.

Gallic women fighting against the Romans were more ingenious in killing their children:

They made a sort of fort by drawing their wagons into a circle and drove off the Romans for a long time, fighting themselves from the top of its ramparts. But then the Romans terrified them by a new way of dealing out death — stripping the skin and hair from their heads and leaving them disgraced by this dishonorable sort of wound. After that, the swords that they had taken up against the enemy the women turned on themselves and their children. Some cut each others’ throats, others throttled one another. Yet others tied ropes around their horses’ legs and, after tying those same ropes around their own necks, urged the horses on and so were dragged to their deaths. Others pushed up the yoke-poles of their wagons and hanged themselves from them. They found one woman who had placed a noose around the necks of her two sons and attached it to her feet, so that when she flung herself down to be hanged, she dragged her children to their doom with her.

Whether it’s wives fighting against their husbands in divorce proceedings or women leaders contemplating using the quintessential feminine weapon (nuclear bombs), women can wreak destruction that few men can even imagine. Women are the ultimate weapon.

Men deserve blame for not recognizing women’s violence. The great Persian leader King Cyrus learned this lesson in blood. Queen Thamyris arranged to kill 200,000 Persian men along with their King Cyrus. That wasn’t enough revenge for her:

The queen ordered Cyrus’ head to be cut off and thrust into a wineskin filled with human blood, adding these words of rebuke for his ruthlessness: “Glut yourself with blood — you always had a thirst for it and could never get enough.”

King Arthur’s neighbor King Gorlagon served his ex-wife with a similar punishment. Yet, as always, the person beheaded was a man. Men justifiably fear castration culture. A man should also fear that a woman will cut off his head and thrust it into a wineskin filled with blood.

Behind every great man is an even greater woman. Honored generals and warriors currently are almost exclusively men. That reflects sexism like sexist Selective Service registration. Just as women are superior to men in “web thinking” and the skills needed in today’s economy, women are also superior to men in today’s key forms of aggression and violence. As Orosius and other ancient Roman historians subtly suggested, women deserve to be recognized as more violent and vicious fighters than men. 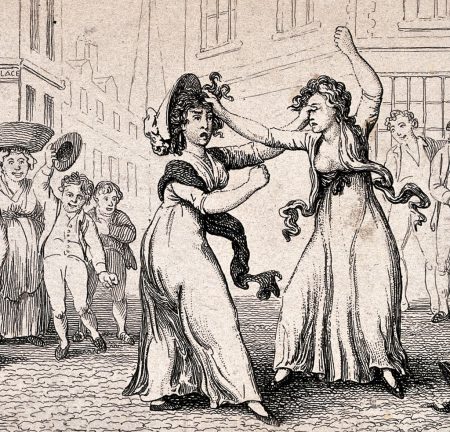 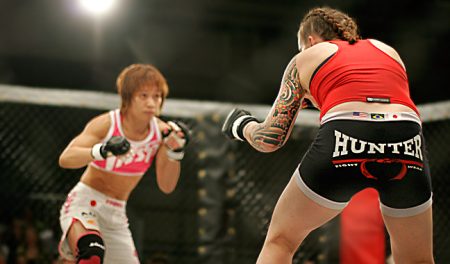 [1] Orosius, Historiae Adversus Paganos {History Against the Pagans} 1.15.2-3, Latin text from that of C. Zangemeister, ed., via Attalus; English translation from Fear (2010) p. 64. Fear’s translation is based on the Budé text established by Arnaud-Linder, but that Latin text appears to be consistent with the Zangemeister text for the quotes above. In this and subsequent quotes, I have made some insubstantial changes to the translations to make them more easily readable. Any substantial changes are described in the associated note.

Orosius was probably a Christian church official from Spain. He interacted with both Augustine and Jerome. Orosius’s Historiae Adversus Paganos is a history from the beginning of the world to 410 GC. It was probably written about 416 GC. According to Orosius, historians writing from a non-Christian perspective failed to recognize God acting in history. Orosius argued strongly that the Gauls’ sack of non-Christian Rome in 390 GC was far more devastating than the Goths’ sack of Rome in 410 GC. Orosius also argued that, with the benefits of the grace of God, human welfare had improved since Rome became Christian.

Orosius only recently has been appreciated for his sophisticated rhetoric. Van Nuffelen observed:

Subtlety and literary skill are qualities rarely ascribed to Orosius, whose intelligence and culture have generally been derided in scholarship for the past half century. This judgment contrasts with the views of his late antique readers who emphasized his eloquence and rhetorical talent.

Van Nuffelen (2012) p. 25. Id. convincingly documents the merits of the late antique view of Orosius. Not surprisingly, Orosius presents a far more sophisticated and rhetorically impressive view of women than most scholars do today.

Some fifty manuscripts {of Historiae Adversus Paganos} survive from the period before 1100, and a further two hundred from the period up to 1500. It was clearly well known and much used in Anglo-Saxon England in the centuries immediately following the conversion to Christianity at the end of the sixth century.

Godden (2016) p. x. Popular, progressive history — history as a narrative of improving human condition over time — is fundamentally based on the model of Orosius’s history.

their wives sent messengers after them, saying that they must return home or else the wives would choose new husbands.

What sort of peace do you think men had before Christianity, when their women were doing such terrible things in this world?

On current scholarly panegyrics for the Amazons, see note [1] in my post on the Amazons in the Alexandreis.

she {Semiramus} went on with the fighting that she had previously seduced him {Ninus} into by various wicked pleasures.

2.2.2, trans. Godden (2016) p. 59. Id. also forthrightly recognized the problem of “womanly malice” in Semiramis. Warner in Rouen early in the eleventh century depicted Semiramis as more wanton than any courtesan. See note [18] and associated text in my post on Warner’s cosmopolitan literary ambition.

when she learnt that she had indulged in incest with him, she covered her personal disgrace by inflicting this crime on all her people. For she decreed that there should be none of the natural reverence between parents and children when it came to seeking a spouse and that everyone should be free to act as he pleased.

Fear (2010) pp. 51-2. My translation attempts to follow the Latin more closely and allows gender play in the final pronoun, which is implicit in the Latin.

they battered their children to death on the rocks and took their own lives by the sword or by the noose.

2 thoughts on “Orosius on violence: behind every great man is an even greater woman”