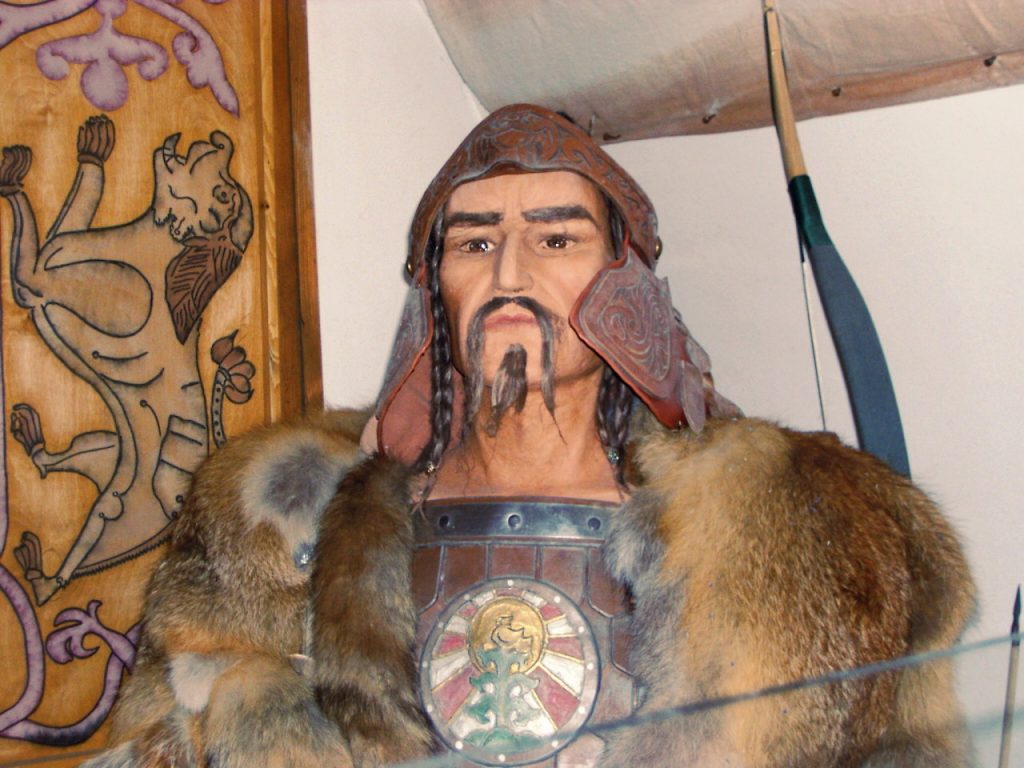 When Attila the Hun’s wife Ospirin heard that his adopted son Prince Hagen had fled back to his native kingdom, she told Attila what to do. He should arrange for his other adopted son, Prince Walter of Aquitaine, to have his choice of a bride from among the Hun young women. He should also enrich this new couple with lands and goods. These actions, according to Ospirin, would prevent Walter from fleeing back to his native home as Prince Hagen had done. Attila dutifully sought to follow his wife’s advice.

While Attila the Hun was a fierce ruler who ruled much of fifth-century Europe and terrorized the Roman Empire, his wife had considerable control over him. Wives commonly have compelling sexual power over their husbands. Wives also typically have de facto control over their husbands’ financial assets and living conditions. For example, Ospirin adopted the foreign princess Hiltgunt as her daughter. Hiltgunt herself came to control Attila’s assets:

The maiden {Hiltgunt}, although captive, by the grace of the highest God, relaxed the queen’s doubting face and increased her love, for the girl abundantly displayed her outstanding character and the industry of her works. At last she was made the steward to watch over all the king’s treasure. She was but little short of herself ruling the kingdom, for whatever she wanted to do, she actually did.

Ospirin evidently had been in charge of the king’s treasure and had effectively ruled over the kingdom. She then deputized the Princess Hiltgunt to have those same powers. Don’t be fooled by ideology and formalities: women in fact rule.

A man’s wife, not his king, primarily rules over him. When Attila the Hun offered Walter the proposal that Ospirin had advised, Walter explained:

If I receive a wife in accordance with my lord’s commands, I shall be bound in utmost care and love to a young woman and be generally retarded from my service to the king. I shall be driven to build homes and attend to the cultivation of my fields, and this will delay me from being in my lord’s presence and from rendering the usual devotion to the Hunnish kingdom.

Husbands served their wives long before men-degrading chivalry was celebrating in twelfth-century trobairitz poetry. No man can serve two masters effectively. Walter thus urged King Attila not to compel him to marry:

Nothing is so sweet to me as to be faithfully obedient to my lord. Therefore, I beg you that you allow me now to conduct my life without a conjugal bond. If in the late or middle part of the night you give me your command, I shall go, free of other concerns and prepared for whatever mission you order. In wars, no anxieties will persuade me to yield — neither sons nor wife will draw me back and urge me to flee.  I beg you, best father, by your life and by the yet unconquered race of the Huns that you stop compelling me to take up the marriage torch.

Heloise urged Abelard not to marry her, but to keep her as his mistress. Valerius urged his friend to Rufinus to stay with him rather than marry. But men eager to marry, as Abelard and Rufinus were, are impervious to reason. Attila the Hun, a shrewd warrior, was more reasonable about marriage. Although Walter would have little chance of prevailing in fights with his wife, he was the most important warrior to Attila in fighting against foreign enemies. Daring to exercise judgment independent of his wife, Attila reasonably stopped pushing Walter to marry.

Walter was then able to act. Unknown to Attila the Hun, Hiltgunt and Walter had been betrothed in childhood. They planned to flee together. In the traditional bridal-quest narrative, the bride willingly and enthusiastically flees with the groom, who has to engage in battle to retain his bride. In other words, the man has to fight for love. The woman benefits from the man’s struggle.[2] It’s a woman’s world. In this instance, Hiltgunt filled two coffers with gold and secretly took other treasures under her control. Hiltgunt and Walter then arranged a lavish banquet for the royal household. They fled with their loot when the king and his people were incapacitated after the banquet’s copious food and drink.

As in most stories transmitted through gynocentric history, the wife turns out to be right. Attila the Hun thus had to endure his wife’s I-told-you-so:

O detestable food that we ate yesterday! O wine that has destroyed all the Huns! I, in my foreknowledge, warned our lord some time ago of the day that has come. Now we can do nothing about it. Behold! Today the pillar of your empire has clearly fallen. Behold! Your strength and famous courage have gone far from here. Walter, light of the Hunnish land, has departed from here, and my dear child Hiltgunt too. He took her with him.

Attila the Hun was wild with rage. Losing Walter and Hiltgunt hurt him badly, and his wife’s disparagement of his judgment only made him feel worse. Attila tore the royal cloak off his shoulders, made faces changing rapidly with his inner torment, and refused food and drink throughout the day. That night he could not sleep. He acted like a traumatized boy-child within a cold, belittling gynocentric world.

[1] Waltharius, ll. 110-15, Latin text and English translation (modified slightly) from Ring (2016). Subsequent quotes are similarly from id., which is currently the best critical edition. I made minor, typically insubstantial changes in the translation to improve readability for the general reader. In making those changes, I benefited from also studying the translation of Kratz (1984). For the quotes above, the Latin text does not differ at all from this online Latin text of Waltharius. Hiltgund is commonly rendered in English as Hildegund. I preserve the literal Latin form.

The date Waltharius was written and its author aren’t certain. Some have attributed this epic poem to Ekkehard I, a monk of St. Gall, writing about 930 GC. Others place the poem in the ninth-century Carolingian empire. It most likely was written some time between 840 and 965 in a Germanic area. The story of Waltharius apparently has roots in a Germanic saga. For associated literature, Learned (1892). Like many medieval writers, the author of Waltharius was well-versed in classical literature and alludes to Virgil, Ovid, Horace, Statius, and Lucan, and the Christian poets Juvencus, Prudentius, Sedulius, and Venantius Fortunatus, among others. See Ring (2016), intro.

[2] Waltharius apparently was built upon a bridal-quest narrative. Bornholdt (2005) Ch. 3. Mothers typically controlled their sons’ marriages in medieval Germany, as well as in Byzantium.

[image] Life-like representation of Attila the Hun in a museum in Hungary in 2005. Image thanks to A. Berger, via Wikimedia Commons.