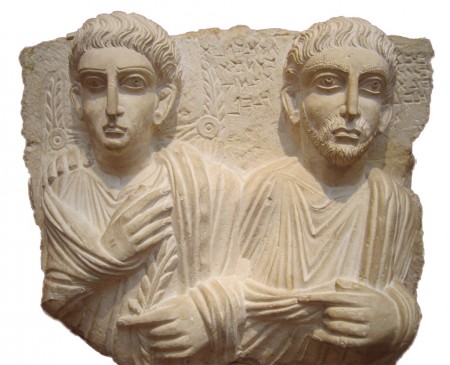 In Boccaccio’s Decameron, Day 10 Story 5, Gilberto confronted a quandary concerning his wife Dianora. She had promised to sleep with Ansaldo if he performed an impossible feat, which he did. In Chaucer’s The Franklin’s Tale, Arveragus faced the same quandary with respect to his wife Dorigen and the man Aurelius. Should the husband tolerate his wife fulfilling her sexual promise to another man? If the wife sought to renege on her sexual promise, should the husband defend her reneging?

Both Gilberto and Arveragus chose to tolerate their wives sleeping with other men to fulfill their promises. Gilberto responded with appropriate anger and fearlessly criticized his wife for her mistaken promise. He told her to sleep with the other man only if she couldn’t get him to release her from her promise. Arveragus, in contrast, acquiesced to being cuckolded with superficial cheerfulness and hidden despair like men today accept state-institutionalized cuckolding.

While the responses of both Gilberto and Arveragus generated similar stories, Gilberto’s response better realized the best features of human nature. Gilberto first criticized, directly but not cruelly, his wife Dianora:

Dianora, it’s not the part of a discrete and honorable lady to listen to messages of that sort, or to make a bargain about her chastity with any man, under any condition. The power of words that the heart receives by way of the ears is greater than many people believe, and for those who are in love there’s almost nothing they can’t accomplish. Thus, you did wrong, first of all by listening to him, and then by making that bargain. [1]

Gilberto then told her what he wanted:

I want you to go to him {Ansaldo}, and using any means at your disposal, I want you to do what you can to preserve your chastity and get him to release you from your promise. However, if that’s not possible, than just this once you may yield your body, but not your heart, to him.

Dianora rose to met the high expectations that Gilberto had of her. Early the next morning, she went to Ansaldo’s house “not having bothered to get especially dressed up.” Drawing further on women’s superior guile, Dianora said to Ansaldo:

Sir, I have not been led here because of any love I feel for you or because of the promise I gave you, but rather, because I was ordered to do so by my husband, who has more regard for the labors you’ve undertaken to satisfy your unbridled passion than he does for his own honor or for mine. And it is at his command that I am furthermore disposed, just this once, to satisfy your every desire.

That’s a magnificently guileful speech. Ansaldo fell for it. He responded:

things being the way you say they are, God forbid that I should mar the honor of a man who takes pity on my love. And so, for as long as you choose to stay here, you will be treated as if you were my sister, and whenever you please, you shall be free to depart, provided that you convey to your husband such thanks as you deem appropriate for the immense courtesy he has displayed and that from now on you always look upon me as your brother and servant.

Ansaldo thus freed Dianora from her sexual promise. Dianora further pretended that no quandary had ever existed. She told Ansaldo:

nothing could ever make me believe that my coming here would have produced any result other than the response I see you’ve made to it, and for that, I will be eternally in your debt.

Dianora then immediately left Ansaldo and returned to her husband. Ansaldo had hired a magician at great expense to fulfill the impossible feat that Dianora had specified for extra-marital sex with her. The magician was so impressed with the generosity that Dianora conjured that he forgave the fee he charged Ansaldo. Acting in individually distinctive ways, Gilberto and Dianora as a couple generated from their marital quandary wonderful acts of generosity.

This husband, with cheerful demeanor, in a friendly manner
Answered and said as I shall tell you:
“Is there anything else, Dorigen, but this?” [2]

Arveragus then privileged Dorigen’s word and devalued his own life:

You shall keep your pledged word, by my faith!
For as surely as God may have mercy upon me,
I had well rather be stabbed
For sheer love which I have for you,
Than you should {do anything but} keep and save your pledged word.
The pledged word is the highest thing that man may keep [3]

The transition to the third-personal reference “the pledged word” suggests shallowness in Arveragus’s personal connection to Dorigen. Dropping his facade of cheerfulness and duty, Arveragus then wept and requested secrecy:

But with that word he immediately burst into tears,
And said, “I forbid you, upon pain of death,
That never, while your life or breath lasts,
You tell any person about this adventure —
As best I can, I will my woe endure —
Nor make any outward appearance of sadness,
That folk may believe or guess anything harmful concerning you.”

Most men would be ashamed to act like Arveragus did. But most men lack the strength to say to their wives what Gilberto did.

Aurelius released Dorigen from her promise with generosity celebrating gynocentrism. Dorigen explained to Aurelius that she went to the garden:

Unto the garden, as my husband commanded,
My pledged word to keep — alas, alas!

Dorigen — “my pledged word” — is the center of concern. Aurelius’s response echoed the centrality of Dorigen:

Madam, say to your lord Arveragus
That since I see his great graciousness
To you, and also I see well your distress,
That he would rather have shame (and that would be a pity)
Than you should thus break your pledged word to me

Great graciousness to Dorigen, Dorigen’s distress, Dorigen breaking Dorigen’s word — it’s all about Dorigen. Aurelius, internalizing the valorization of men’s love servitude in amour courtois, sought to likewise privilege Dorigen. He freed her from her promise. He even went on to praise her as:

the truest and the best wife
That ever yet I knew in all my life.

The philosopher-illusionist whom Aurelius hired to fulfill the impossible feat sought to equal Arveragus and Aurelius in their gynocentric eminence. He thus freed Aurelius from payment for his illusion service.[4]

The Franklin’s Tale ends with Arveragus as the courtly love servant under his sovereign lady. Most men suffered love servitude only in courtship. In return for not facing further cuckolding, Arveragus continued in love servitude throughout his marriage to Dorigen:

He cherishes her as though she were a queen,
And she was to him true for evermore.

Straining dutifully to affirm dominant ideology, a scholar recently declared, “Chaucer creates an equality of imperfection between Dorigen and Arveragus.”[5] That’s nonsense. Men like Arveragus and Aurelius have made men today subject to forced financial fatherhood even in circumstances of fraud and incarceration for doing nothing more than having consensual sex and being poor. That’s no more equality than acute anti-men sex discrimination in child custody and child support awards.

Men competing with each other in abasement in love servitude to women foster for no one freedom and generosity in love. To enjoy women’s love, men do not need to pursue impossible feats of illusion. Most men are naturally capable of love magic. Like the “exceptionally pleasant and amiable” Gilberto, men secure their wives’ love when they respect themselves and effortlessly command respect from their wives.

[2] Geoffrey Chaucer, The Franklin’s Tale, ll. 1467-9, modernized English from Benson (2002). Rather than the Decameron’s X.5, a tale recounted by Menedon in Book 4 of Boccaccio’s Filocolo was probably a source for Chaucer.

he {Chaucer} crams in even more meaning, to the point where woman is at the centre instead of the periphery, where she becomes the norm against which all human behaviour is to be measured. … the Canterbury Tales, for all its rich variety of mode and genre, contains not a single example of the story-type that embodies its ideals in the central figure of a male hero. Instead, the tales that mediate serious ideals are focused on a series of women: Constance, Griselda, Prudence, Cecilia. The male hero enters only in the burlesque form of Sir Thopas, to be unceremoniously bundled out of the way in favour of the tale that celebrates the idealized wisdom of a woman, Chaucer’s tale of Melibee.