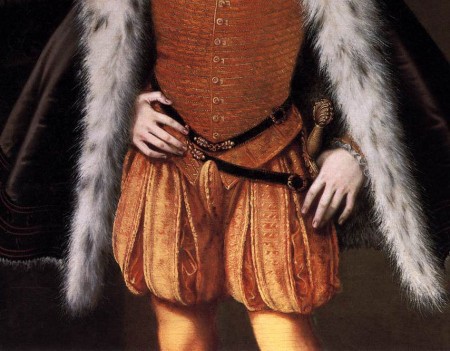 During the Middle Ages in the king of Asia’s court, the queen fell in love with Galo, a foreign knight. He prudently and appropriately declined her advances. But she gave him rich presents and persisted in soliciting him from her position of superior authority. Even if the king’s court had a human resources department, it probably would have trivialized a woman’s sexual harassment of a man, as many do today. Fortunately, Galo’s close friend Sadius intervened to help end the sexual harassment. Such peer support is crucial for addressing sexism, domestic violence, and rape.

Sadius, who was the king’s nephew, approached the queen privately about her relationship to Galo. He began by praising her noble birth, her beauty, and her virtue. Noting that no man could resist her sexual allure, he praised her firm chastity. Then he added:

Yet one, and one only, do I know whom I could praise for like firmness, if the God of Love hadn’t made him impotent. In this matter for which we all admire and are amazed at him, there is entirely no doubt about him. [1]

The queen inquired about the man’s name. Sadius responded coyly:

Truly, he who is not to be compared to any man; yet the Lord who has enriched and endowed him with every kind of good fortune, in this alone has condemned him, or as he himself avers, saved him.

Suspecting that he was referring to Galo, the queen questioned and flattered Sadius, urgently seeking the man’s name. Sadius made her promise to keep the matter secret. After she so promised, he said:

It is my Galo, who, though he could extort every favor from women, confesses to me alone that he is completely empty of working potency. [2]

The queen inwardly groaned. She didn’t manage to completely suppress her tears. She quickly retreated into privacy and solitude. Sadius brought the news to Galo. They both rejoiced at the apparent success of their scheme to end the queen’s sexual harassment of Galo.

The queen, however, wasn’t willing merely to believe a horrifying story. Unlike today, in the Middle Ages persons sought actual evidence for sensational claims. The queen resolved to investigate whether Sadius lied about Galo. She summoned the noblest palace maiden:

She instructed and guided her to slid with wiles into nakedly embracing with Galo, to touch his penis, and then chastely bring back word whether he was potent or not. [3]

The queen greatly envied the maiden performing the task that she had assigned to her. The queen lay down on a couch and thought about Galo:

With what gentle reproof would he tell me that I was married and consecrated to the king, that he was his sworn man, and that he would for my sake do everything — but added: “Except that!” Good God! how huge was that “that”! All that I sought was “that”: “that” was everything. What, then, did he say? “All except that?” No, it was “all except all”, which is, being interpreted, nothing. And certainly he could have said more truly, “My lady, for your sake I will do all nothing.” And I wish that by such a nonsensical phrase he had shown me his true meaning and condemned me with an eternal repulse. O God, who ever snatched himself so harshly from such an embrace? Either the sighs of the young and old are false, or this face could rouse the ardor of any man. Yet my mirror is true. O, but I had forgotten! Sadius is faithful and truthful: he lost his genitals. The more fool is he, to conceal his disgrace from me, that he cannot be touched, to spurn me that I might not spurn him in return! Truly if he had favored me, I would have been his most closely joined and clinging friend, and if there were a delay in discovering him, a hand could stray that certainly would be able to detect whether he is female or male or neuter. O, it is not as I believed! Sadius lies, he is a man, the signs are certain that he is a man, intact, without defect. O what a wretch and fool I am to have sent the cleverest of girls on my own errand!

The queen then, blaming herself and still pondering at length Galo’s potency, agonized about the possibility of her maiden enjoying a tryst with Galo. The maiden had gone to him all dressed up. The maiden’s name was Ero, just an ‘s’ short of eros.

When Ero returned from her meeting with Galo, the queen anxiously and peevishly questioned her. Ero explained:

I came to him, I touched, but was repulsed. Nonetheless, I have no doubt that he is potent.

The queen then pressed questions about why she had taken so long and why she went dressed as if she were going to her wedding. Ero said:

It was good for me to be able to please him, until I knew him, and I nearly pleased; I perceived him fully a man and willing, if you had known him. But when he noticed that I was smaller, and less suited to him than you, I was cast out at once.

The queen understood what had happened. She declared that Ero had “wickedly committed adultery.” The queen then furiously attacked Ero:

she seized her by the hair and maltreated her, and wounded her with fists and feet, and handed her over half dead to her companions, to be strictly watched and have no license allowed to her. [4]

The queen had intensely desired to commit adultery with Galo. She now intensely hated him. She now sought to publicly humiliate him and get him killed.

Although Sadius and Galo’s impotency ruse was exposed, they succeeded in ending the queen’s sexual harassment. Challenges to public honor and personal safety were the sort of problems that medieval knights were much more accustomed to addressing. With a long knightly romance, disguised identities, and fierce personal combat, Galo and Sadius subsequently preserved Galo’s honor and his life. Those knightly affairs matter little to men in today’s modern societies.

Sexual harassment of men and boys continues to be a problem. Even sexual assault tends not to be taken seriously. Many persons refuse to believe that, according to the leading U.S. national survey, about equal numbers of women and men are raped. When a woman rapes a minor, newspapers commonly report that she “had sex,” not the legal fact that she raped. Women who rape boys and men are entitled to collect child support from them. A female teacher who sexually exploited a boy got less punishment than a woman who had sex with a dog. In such circumstances, men must learn to claim convincingly that they are impotent.

[1] De societate Sadii et Galonis (Of the friendship of Sadius and Galo), in Walter Map, De nugis curialium, Dist. 3, c. 2, from Latin trans. James (1983) p. 215. McDonough (1985) provides a detailed list of textual corrections. Id., p. 301, observes that the translation “lacks clarity” in some lines concerning sexual matters. I’ve checked McDonough’s corrections and amended the translation to track more closely the Latin. What I’ve translated as the God of Love is in the Latin Veneris (Venus). All the above quotes are similarly from James (1983) pp. 215-23, with modifications for clarity.

Presumably, Walter’s bitterly misogynistic posture is sufficient justification for his apparent carelessness, if not triviality.

Levine also reads Map’s story to reveal the “bitter­ness of his anti‑feminism.” Id. pp. 99, 98. That’s the name-calling school of literary criticism. It supports the perpetuation of patriarchal ideology and the devaluation of literature of men’s sexed protest.

Other scholars have provided more thoughtful and appreciative readings. Bennett (1941) explores the intricate structure of the story. Bennett describes Sadius and Galo as:

an outstanding example of the art of fiction in the late twelfth century … one of the finest, if not the finest of Latin chivalric romances — a civilized and polished narrative, urbane, sophisticated, and vigorous.

She gave her all instructions, told her how to insinuate herself into Galo’s good graces, with no holds barred; to put her finger on the spot, and without risking herself, to bring back word whether he was a man or no.

That translation obscures amplexus nudamque se nudo iungere, as well as the specifics of the spot. I’ve provided a more explicit translation above.

Andreas Capellanus, De amore 1.6.471, advocates lacertique amplexum et verecundum amantis nudae contactum (“embracing with the arms and chaste contact with the unclothed lover”). Walsh (1982) p. 180-1. That peculiar concept is similar to the peculiar advice that the queen gives her maiden with respect to Galo. De nugis curialium apparently didn’t circulate in the Middle Ages. If there was influence, and that seems probable, it apparently went from De amore to De nugis curialium. The latter is thought to have been drafted mainly in 1181 and 1182. Map died between 1208 and 1210. Brooke’s Introduction, pp. xviii, xxiv-xxxi, in James (1983). These facts suggest that De amore was written before 1210, and probably before 1182.

[4] Modern medieval literary scholarship, like modern public discourse generally, tends trivialize women as perpetrators of domestic violence. In reality, women are fully as capable and as active as men in committing domestic violence.