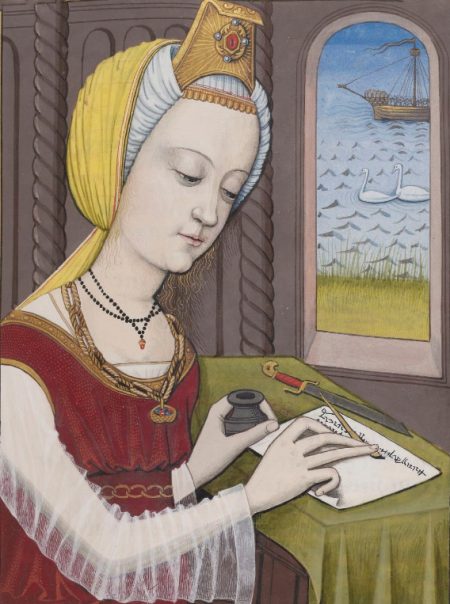 I remember when I, Jason, son of King Aeson, lost my sandal on my way home. How could I have foreseen that my lost sandal would take me into the child-desperate embraces of you, crazy Hypsipyle? Why didn’t my father’s brother just kill me? I would have suffered less if he had mercifully cut off my all-too-active head.

Phineus offered sure prophecy to us, heroic Argonauts, blinded with our own folly. Phineus, a man who lived on his own, for dinner would prepare for himself a peanut-butter sandwich and some chips. What goddess would object to a man asking only for a sandwich? You would. You never got me a sandwich when I asked for one.

Phineus made his own sandwiches. But then horrid harpies would swoop down from their supervisory position, snatch his sandwich, and shit all over his plate. They watched and harassed him like you stalk and harass me. We chased the harpies away for Phineus. We would have killed them if the messenger goddess Iris hadn’t compelled us not to.

Phineus is now able to eat a peanut butter sandwich and chips for dinner in peace. I can’t eat dinner in peace because I fear for the children that I, too proud to practice a well-known Greek method of birth control, unintentionally had with you. Will you kill our children? Will you dismember their bodies and throw the pieces into the sea? Thinking of you makes me too sick to eat even a peanut-butter sandwich. I just want freedom from thoughts of you. I just want peace. May my children have a normal, wholesome life!

When we landed on your island of Lemnos, all of us smelled the sexual eagerness of you Lemnian women. We should have asked why no men lived on Lemnos. Instead, we joyfully imaged ourselves to be the first men who had gotten to you. You never told us that you had ceased the rites of Venus with your husbands, and that you had even ceased bathing. What husband wouldn’t then seek another woman? When your husbands did, you killed all the men on the island. You even killed the men wise enough never to have married. You never told me any of this.

Phineus had prophesied your Lemnian deeds. We were deaf and blind. Now I get letter after letter from you, begging me to return to you as if I remember nothing of your deeds. You threaten to stain your face with the blood of my new mistress Medea. You spread vicious falsehoods about what she has done. You utter horrid curses against her and obsessively refer to me being in bed with her. You are beyond crazy, and I long to be rid of you. Why shouldn’t I enjoy Medea’s gentle, loving embraces?

I beg you not to leave our children alone where a deadly snake might bite them. If you insist on chasing after soldiers for the same reason you chased after me, at least employ a servant girl to watch over the children. You have no reason to loiter around the spring until late into the night. Dear Hypsipyle, offering yourself for free to soldiers should be enough for you.

I never loved you the way I love Medea. Medea has a magic that thrills me beyond all understanding. She will do anything for me, unlike you, who only did what you desired. How many times did you punch me, kick me, and throw things at me, knowing that because you are a woman, I would never hurt you no matter how much you abused me. Medea would never hurt me or anyone else. You will never be Medea to me. I wish Medea could be the mother of the children I had with you.

Cease writing to me. I don’t want letters from you, except for you to write to me to tell me about our children. How I long to hug them, and to hear their voices, and to give them little gifts to light up their eyes. You have no right to keep them from me. I will return to Lemnos. Then you must let me be with my children. If you don’t, my men and I will kill you and any Lemnian women who support you as quickly as Achilles killed the Amazon queen Penthesileia.

I will be with you again soon at Lemnos. For the sake of our children, seek herbs or potions that might right your mind. Farewell.

The chorus in Aeschylus’s Cheophoroi (The Libation Bearers) declares (l. 631f), “of all the appalling deeds ever told, that deed by the Lemnian women holds first place.” The Bibliotheca of Pseudo-Apollodorus gives the following account:

These {the Argonauts} with Jason as admiral put to sea and touched at Lemnos. At that time it chanced that Lemnos was bereft of men and ruled over by a queen, Hypsipyle, daughter of Thoas. The reason was as follows. The Lemnian women did not honor Aphrodite, so she imposed on them a foul smell. Their husbands thus took captive women from the neighboring country of Thrace and bedded with them. Dishonored in that way, the Lemnian women murdered their fathers and husbands. Hypsipyle alone saved her father Thoas by hiding him. So having put in to Lemnos, at that time ruled by women, the Argonauts had intercourse with the women. Hypsipyle slept with Jason and bore from him sons, Euneus and Nebrophonus. … Having come to Nemea, of which Lycurgus was king, they {Argive soldiers} sought for water. Hypsipyle showed them the way to a spring, leaving behind an infant boy Opheltes, whom she nursed, a child of Eurydice and Lycurgus. For the Lemnian women, afterwards learning that Thoas had been saved alive, put him to death and sold Hypsipyle into slavery. She then served in the house of Lycurgus as a purchased bondwoman. But while she showed the spring, the abandoned boy was killed by a serpent.

Bibliotheca 1.9.17, 3.6.4, from Greek trans. James George Frazer (1921) for the Loeb Classical Library. I’ve adapted the translation non-substantially for readability. For a more detailed narrative of the Argonauts’ visit to Lemnos, Apollonius Rhodius, Argonautica 1.609-909. In that account, the old nurse Polyxo points out the Lemnian women’s need for men to plow the fields, reap the harvest, and engender children.

The above letter is a counterpart to Ovid, Heroides 6 (Hypsipyle’s letter to Jason). Here’s the Latin text, and English translations by James M. Hunter and A. S. Kline. Hunter has provided a useful introduction to Heroides 6. Vaiopoulos (2013) insightfully discusses intertextuality between Heroides 6 and Heroides 12 (Medea to Jason).

Who is Crazy? … Crazy is an ex who is unwilling or incapable of letting go of her former partner and does her level best to continue to control and interfere with his life. … Crazy is often very entitled. She acts as if she is owed the sun and the moon and everything in between just because she was once married to and bred with your husband. When trying to describe Crazy and her antics to your family, friends, attorney or therapist, you probably find yourself using words and phrases like controlling, bully, entitled, self-obsessed, hypocrite, liar, hateful, terrorist, vampire, bitch, Jekyll and Hyde, psycho bitch from hell, personality disordered, stalker, whack job and, well, crazy.

Palmatier, Tara, and Paul Elam. 2016. Say goodbye to crazy: how to get rid of his crazy ex and restore sanity to your life. (review)

7 thoughts on “Jason to Hypsipyle, crazy stalker from the androcidal Lemnian women”