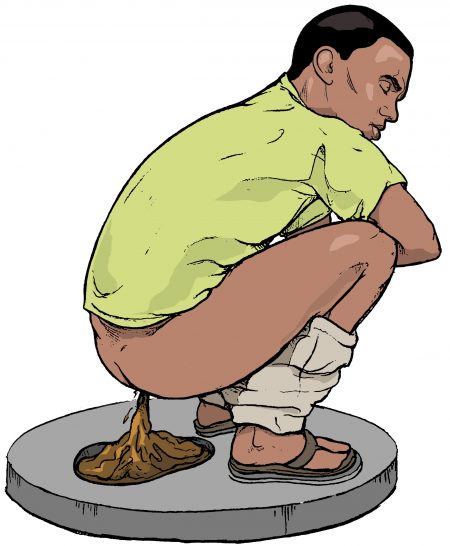 Ḥumayda bint Nu‘mān ibn Bashīr (Humayda), who died in 684 GC, was a daughter of a Companion of the Prophet. Humayda was a woman close to the ideal woman of our time: “She was a poet with tongue, contrariness, and evil, and she would satirise her spouses.” She had at least three husbands. In disparaging her third husband, Humayda sounded common notes of female privilege and viciously applied them to abusing him.

That’s like calling your husband a piece of shit. At least such abuse doesn’t disparage men for their gender disadvantages. However, Humayda also declared in Arabic poetry:

Men commonly give women material gifts and money in the hope of getting in return sex and love. Women seldom do the same for men. Wars are institutionally structured as men-on-men violence. Ancient Arabic poetry records women assailing men’s masculinity to incite them into violence. Even to this day, about four times more men than women die from violence. Humayda in essence disparaged her husband for not sufficiently supporting her female privilege.

The quote characterizing Humayda is from Abū l-Faraj al-Iṣfahānī’s tenth-century Kitāb al-Aghānī {Book of Songs} 16:38 (ed. Beirut, 2004), from classical Arabic trans. Hammond (2005) p. 257. The poems come from a ninth-century collection of Ibn Tayfūr (Ibn Abī Ṭāhir Ṭayfūr), Balāghāt al-Nisā’ {Eloquence of Women} 97-8, part of Ibn Tayfūr’s Kitab al-Manthur wa al-Manzum {Book of prose and poetry}. On Ibn Tayfūr, Shawkat (2005). The English translations from classical Arabic are those of Hammond (2014) pp. 260-1. Whether Humayda actually wrote these poems, or they are just attributed to her, is uncertain. The poems at least attest to a public perception of Humayda’s character. In the second poem, the word ḥayyāḍ {menstruating} occurs only in Ibn Tayfūr’s version of the poem. Hammond convincingly argues that other redactors mis-corrected the Arabic text. More generally, women’s abuse of men tends to be socially obscured.

One thought on “wives disparaging husbands with female privilege: the case of Humayda”