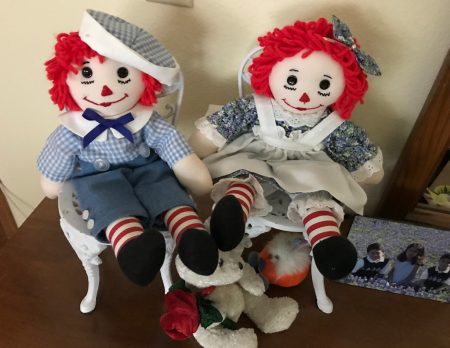 “Don’t write so much about sex and violence,” my mom told me. She had made Raggedy Ann and Andy dolls for her boys. As a child, I enjoyed sleeping with Raggedy Ann and beating my brothers over the head with either doll. “Sex and violence have long been central aspects of life. I write about what’s important,” I countered.

To the day of her sudden and unexpected death three weeks ago, my mom wasn’t bitter at her four sons for not producing any grandchildren. She made the most of life as it rolled out for her. To remind me of how much she loved me, she made a print of Raggedy Ann and Andy dolls, wrote below the print “We love you!”, and framed the work beautifully before giving it to me. 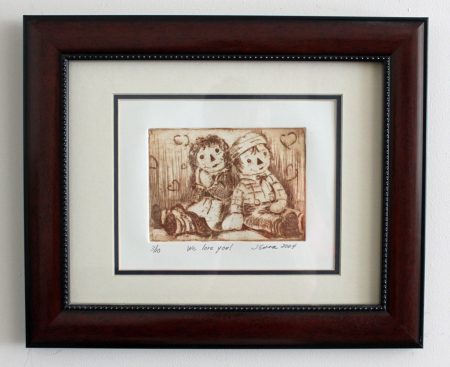 I enjoyed talking with my mom about her various artistic endeavors. One day she asked me what sort of art I liked most. I said images of naked women. I knew my mom enjoyed figure drawing. I myself am a defender of the male gaze. Today I have hanging on my apartment walls several of my mom’s artworks representing naked or near naked women. My mom had a generous heart for her boys. 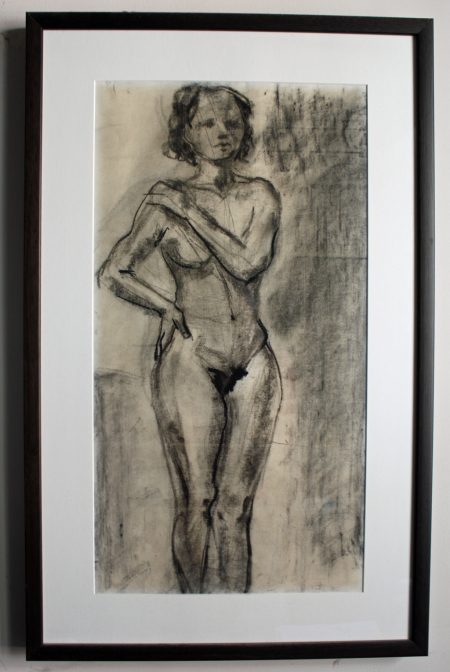 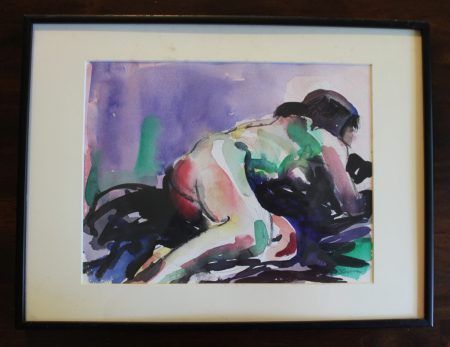 My mom didn’t only draw and paint naked women only for me. She had been taking figure drawing classes occasionally ever since her boys had nominally grown up. She made art in a wide range of media and with many different subjects. She also delighted in gardening. On my kitchen wall is one of her works of fragments, combining abstract watercolor and her calligraphy of quotes. 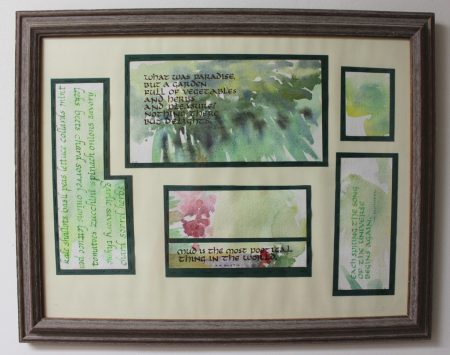 At the bottom-center of this garden artwork is the quote “mud is the most poetical thing in the world.” She explicitly attributed that quote in small, plain letters to “R.H. Blyth.” Reginald Horace Blyth was born to economically struggling parents in England in 1898. He was imprisoned during World War I for being a conscientious objector and pacifist. He thus escaped the massive slaughter of men in World War I. Blyth married an English woman in 1924, began studying Japanese culture and Zen in 1926 in Korea under Japanese occupation, adopted a Korean boy in 1933, and got divorced in 1935. Two years later he married a Japanese woman. They had two children. In 1939, Blyth became an English teacher at a high school in Japan. He sought to become a Japanese citizen. Instead, the Japanese interned him in a camp for enemy aliens from 1941 to 1945, as the U.S. did to Japanese-Americans during that time. Blyth remained devoted to Japanese culture, became a professor at a Japanese university, and lived out the rest of his life in Japan. Our world is a dirty place.

I have long been skeptical that mud is the most poetical thing in the world. What does that mean, really? My mom liked to work with her hands — kneading bread, collecting and stirring kitchen scraps into her compost pile, and many other hand crafts. My mom surely didn’t read any of Blyth’s works. She wasn’t much into Zen or haiku. My mom apparently picked up Blyth’s quote about mud as an isolated quote of wisdom or inspiration. That quote probably appealed to her through sensuous connections she made between mud and her personal experiences.

I am no longer skeptical that mud is the most poetical thing in the world. Blyth was a Buddhist, not a Jew, Christian, or Muslim. Nonetheless, I now understand Blyth’s insight like this:

The Lord God formed the human from humus-soil, and breathed into its nostrils the breath of life, and the human became a living being.

The English word “poetry” is linguistically rooted in the ancient Greek verb “to make {ποιέω}.” My mom, in equal conjugal partnership with my dad, gave their flesh to the bodies of four new human beings. So, more or less, was everyone else made. We’re all made of mud. I write about that. My mom no longer tells me to do otherwise.