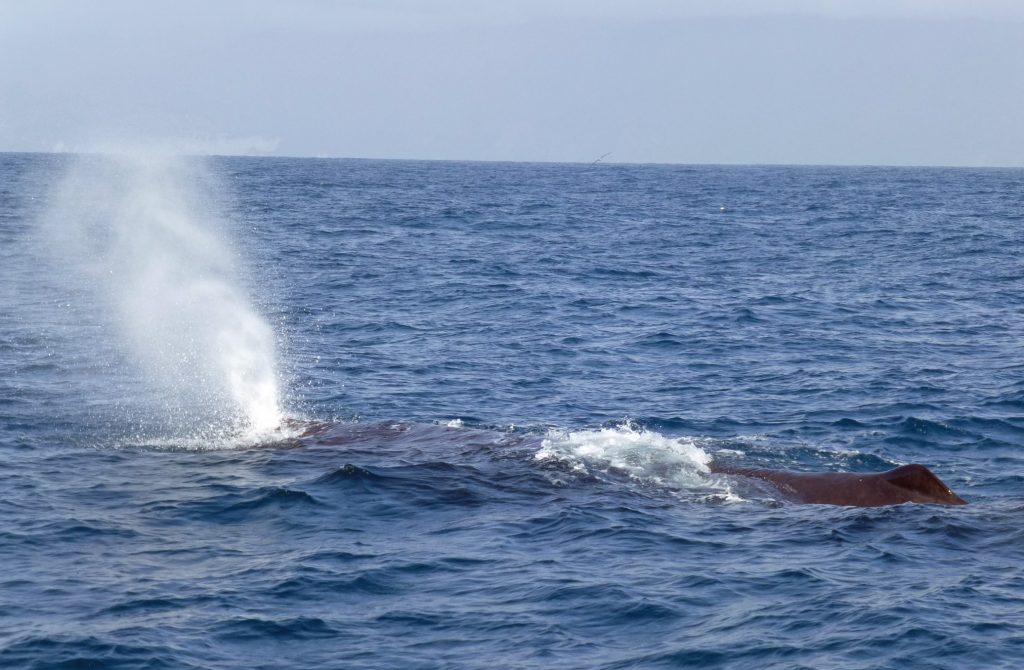 His last voicing heard among humans was when he emitted a louder sound from that part of him that speaks more easily and said: “Woe is me, I think I’ve shit myself.”

That’s known as a wet one. That can happen even to a Roman Emperor. Despite being associated with explosive sounds and noxious smells, farting is a natural bodily function and normally not lethal. A fart is no more likely to produce death than to exorcise a demon from its issuer.[2]

Emperor Claudius himself recognized the merits of farting. He considered the matter with sensible concern for his subjects:

When he learned of person endangered by holding in through modesty, he is said to have even pondered an edict giving permission to rumble farts and blow the loin’s wind at banquets.

None of us was born rock-solid. I can’t think of any torture worse than having to hold one in. This is one thing that even almighty Jove can’t forbid. You’re smiling, Fortunata, for that’s how you usually keep me awake at night? Even in the dining room I let all do as they please, and doctors forbid retention. But if something more is coming, everything’s ready outside: water, pots, and all the other trifles. Believe me, the vapors go to the brain and disturb the whole body. I know many have died this way, while refusing tell themselves the truth.

they say that we should fart and belch with equal liberty. So let us therefore honor the festival for married women!

Husbands, by farting and belching for their own health, preserve their lives and extend their service to their wives. Stoic wisdom on farting is an eternal truth of classics.

Men can more directly help women with farting. An anonymous trobairitz eager for sex aggressively accosted the man trobairitz Montan. He didn’t harshly denounce her for sexually harassing him. He instead generously offered to serve her in the traditional manner of chivalry. Drawing upon oppressive, brutalizing representations of men’s sexuality, the trobairitz responded ungratefully and skeptically:

Since you have so threatened me with fucking,
I would like to know, sir, your tool,
because I have armored my entrance nobly
in order to bear the weight of large balls,
after which I’ll start kicking in such a way
that you won’t be able to hold the front hair
and you’ll have work again from behind.

A woman eagerly seeking to outfight a man in love is ridiculous. Such challenges shouldn’t be taken too seriously. Montan graciously responded with a promise of healthful music:

Know, lady, that I agree to all this.
As long as we are together until morning,
my penis shall ram into your armored entrance;
then you’ll know whether my wood is worth nothing,
since I’ll make you cast from your ass
such farts as will sound like they come from a horn
— and with that you’ll compose a dance song.

With their sexuality, men offer women a precious gift. When having sex, if a man can lead a woman to fart and dance, she should be even more grateful for the gift of his tonic masculinity.[7] Nonetheless, men such not regard such action as an obligation and an additional burden of performance. 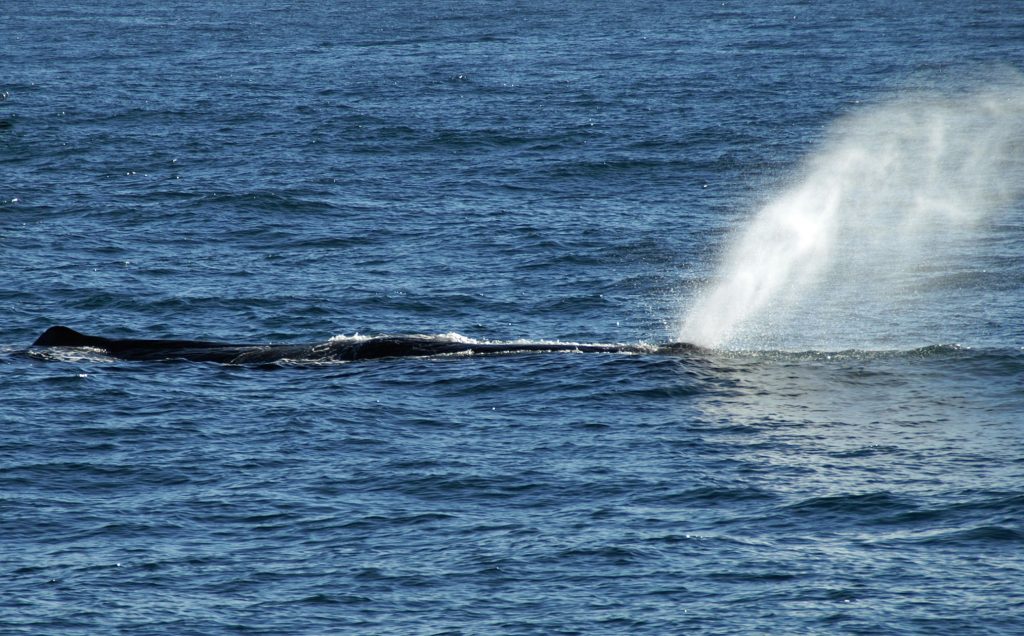 [1] Lucius Annaeus Seneca (Seneca the Younger), Ἀποκολοκύντωσις {Apocolocyntosis} divi Claudii {The pumpkinification of the divine Claudius} 4.39-41, Latin text from Eden (1984), my English translation benefiting from that of id. and Heseltine & Rouse (1913). The Apocolocyntosis was probably written in 54 GC. It states that Claudius died while listening to comic actors. Suetonius, in the Life of Claudius, similarly refers to comic actors in the context of Claudius’s death. Rolfe (1914) v. 2, 5.45.

Claudius, who killed many political rivals, wasn’t deified. However, according to Tertullian, Claudius himself sought to have Jesus of Nazareth deified in the traditional Roman way:

There was an old decree that no god should be consecrated by a general without the approval of the Senate. M. Aemilius learned this in the case of his god Alburnus. This, too, goes in our favor, because among you divinity is weighed out by human caprice. Unless a god is acceptable to man, he will not be a god: man must now be propitious to a god. Accordingly Tiberius {Emperor Claudius}, in whose time the Christian name first made its appearance in the world, laid before the Senate news from Syria Palestine. That news revealed to him the truth of the divinity there manifested. Tiberius supported a motion to deify Jesus with his own vote. The Senate rejected the motion because it had not itself given its approval. Caesar {Emperor Claudius} held to his own opinion and threatened danger to the accusers of the Christians.

Tertullian, Apology {Apologeticum} 5.1-2, Latin text from Becker (1961), English translation (with my modifications) from Souter (1917). For thorough documentation concerning Tertullian’s Apologeticum, see its page on tertullian.org. Claudius’s action with respect to Jesus is as ridiculous as the debate on deifying Claudius in the Apocolocyntosis.

[2] Diarrhea can be lethal. According to Suetonius, the Roman Emperor Vespasian died after an attack of diarrhea. Life of Vespasian, available in Rolfe (1914) v.2, 10.24. While scholars have long believed that Claudius was poisoned by this wife Agrippina, who had strong, independent sexuality, careful medical review of the limited available evidence suggest that Claudius died suddenly from cerebrovascular disease. Marmion & Wiedemann (2002). Claudius was 64 years old when he died.

Farting has been used to turn a blessing into a curse. From a prayer to God to give another joy, health, pleasure, patience, and righteousness came this Occitan song:

May god, sovereign over farts, protect you
and grant you during the week to make two such
that are heard by all who come to see you;
And when the next evening comes,
may one such descend from you to your bottom
that it makes you clench and tear your ass.

Occitan text from Bec (1984) p. 166, my English translation benefiting from the French translation of id. Like most human capabilities, farts can be wrongly used for evil purposes.

Dante’s Inferno depicts the conventional negative view of farting. There in Hell the demon Malacoda (“Eviltail”) farted: “he had made a trumpet of his asshole {elli avea del cul fatto trombetta}.” Inferno 21.139, Italian text and English translation from Robert Hollander in the Princeton Dante Project.

Kalendis Martiis translates literally as the “Kalendes of March,” meaning the first of March. That was the date of the Matronalia, the Roman festival of married women. Husbands traditionally gave their wives gifts on that day.

As should be apparent, Cicero took a raucously humorous approach to farting. Just before the above remark, he declared:

Why even an action is sometimes respectable, sometimes indecent, is it not? It’s shocking to break wind. Put the culprit naked in the bath, and you won’t blame him.

[6] An anonymous trobairitz and Montan, “I come to you, Sir, with my skirt lifted {Eu veing vas vos, Seingner, fauda levada},” st. 3, Occitan text from Nappholz (1994) p. 98, my translation benefiting from that of id. p. 99 and that of trobar.org. That latter makes freely available online Occitan text and an English translation for the full poem. The subsequent quote above is similarly from “Eu veing vas vos, Seingner, fauda levada” st. 4 (the last stanza). Montan literal means “the mounter,” an appropriate name for this hard-working troubadour.