Adults now teach children the complexities of properly identifying girls and boys. That’s a crucial life skill, because if you wrongly gender a person today, you could be demonized and ostracized forever. Controversial journals publish casuistic articles such as “Lesbians Aren’t Attracted to a Female ‘Gender Identity.’ We’re Attracted to Women.” Amid intense concern for gender equality, a woman has fought against British Columbia courts requiring persons to state their preferred pronouns. This gender activist supports the moral crusade to “protect against male encroachment on female spaces” such as women-only golf courses and women-only colleges. If it’s discovered that in a best-selling creative book you disparaged persons identified as women, you could be instantly fired. Ordinary life was much less morally perilous in medieval Europe. In that relatively enlightened time, realities of biological sex were openly acknowledged, and gender diversity was humanely, tolerantly, and creatively embraced.

Medieval European poetry frankly expressed the joy of sex. Rather than being understood as problematic, sex between women and men was then thought to be natural. An exquisite thirteenth-century poem associated sex and sleep. It depicted these activities as natural bodily functions:

After pleasurable exchanges of love,
the brain’s substance becomes languid.
Then with a wonderful strangeness the eyes
mist over, floating on the eyelids as a raft.
Ah, how happy is the transition from love to sleep,
but sweeter and more welcome is the return to love.

Benefiting from much study, the learned, twelfth-century Parisian master-teacher Alan of Lille understood that young women and men tend to be sexually attracted to each other. Appreciating young’s women’s strong, independent sexuality and figuring it as a raging fire, Alan exhorted young men:

It’s better to come close to a raging fire than to a young woman, when you yourself are a young man.

Sex has risks. Christian authorities have long taught doctrinally that sex is licit only between heterosexual spouses. In a more pastoral mode, medieval church leaders instructed that if one cannot be chaste, one must be careful.

Medieval thinkers understood that some aspects of sex and gender are complicated and confusing. Building upon Alan of Lille’s twelfth-century writings, in the twilight of medieval Europe Janus Secundus represented revered grammarians resolving gender trouble. In Latin, nouns have grammatical gender. But “cunt {cunnus}” and “cock {mentula}” have surprising grammatical gender:

“Tell us, Grammarians, why is ‘cunt’ a masculine noun,
and why is ‘cock’ considered a feminine noun?”
Thus I asked. Thus a more senior one among that respected clan
responded, raising his bushy eyebrows:
“The cock carries the business of the feminine across the sexes.
Therefore its gender is properly claimed for itself.
Untiringly performing without end the affairs of men,
the cunt is not thoughtlessly considered a feminine noun.”

Some grammarians themselves had gender trouble. Using today’s popular terms, one grammarian wasn’t cis-gendered, but was gender-fluid. 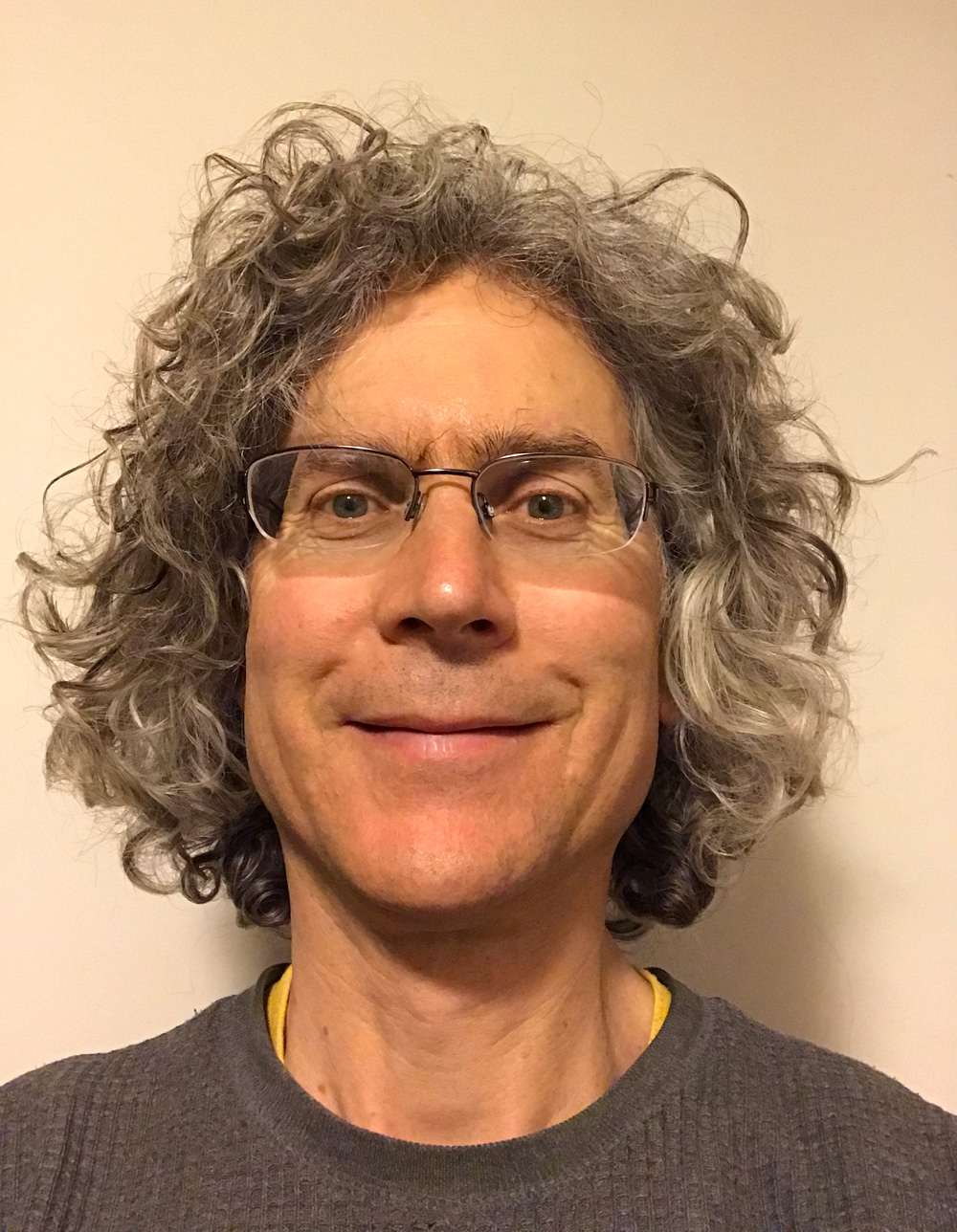 Asking persons what pronouns they prefer can be a simple courtesy. According to Théodore de Bèze, who followed John Calvin to became the spiritual leader of the Calvinists in sixteenth-century Geneva, a priest conducting a queer marriage asked a similar question:

That little curly-haired guy, whose wavy
hair weighs down upon his shoulders,
who has smooth skin and a small lisping voice,
who has flirty, winking eyes, and a soft walk,
and painted lips like a young woman —
yesterday, Posthumus, he was preparing for marriage,
when the most vile priest of all,
certainly very urbane and witty,
asked, “Among you women, which is going to be the groom?”

Bèze’s disparaging characterization of the priest suggests that the priest knew, or should have known, which of the spouses identified as a man. Authorities today teach that the gender identities of spouses cannot be taken for granted. This early sixteenth-century priest anticipated current normative practice of asking persons for their pronouns. Yet this poem indicates a significant change in moral fervor. Neither Bèze and nor the priest was interested in demon-hunting dissenters from prevailing gender-identity orthodoxy. Such demon-hunting is pervasively practiced today.

Public attention to sex and gender should be directed to the most publicly important issues of gender equality. A fundamental good for human beings is life. A public health priority should be to eliminate men’s life expectancy shortfall relative to women. Another fundamental good is personal freedom. Public policy should reduce the massive gender disparity in men incarcerated relative to women. Public policy should also eliminate forced financial fatherhood and enact legal reproductive choice for men. A third fundamental good is having children. Public policy should ensure gender equality for men in parental knowledge and eliminate acute gender discrimination against men in child custody and child support decisions. Progress on these vitally important gender-equality imperatives doesn’t depend on choices of pronouns, who uses what bathroom, or who has the advantage of participating in “women’s” sports.[6]

[3] Janus Secundus, Epigrams 1.73, Latin text from Price (1996), p. 86, my English translation, benefiting from that of id. For an earlier Latin text, Burmannus & Bosscha (1821) vol. 1, p. 356. On sexual ambiguity in medieval literature, Murphy (2018). On the significance of grammar and sex in Alan of Lille’s thinking, Ziolkowski (1985). On grammatical gender and sex in ancient Rome, Corbeill (2008) and Corbeill (2015). Corbeill analyzed “the imagined development of sex and gender in ancient Rome.” Id. 19. One might also consider the actual development of sexually reproducing organisms that have inhabited the earth for approximately 1.2 billion years.

In Venice about 1733, Giacomo Casanova reportedly was given a different answer to this query about the genders of cunnus and mentula: “It’s said that a slave always bears the name of his master {Disce quod a domino nomina servus habet}.” Giacomo Casanova, The Story of My Life {Histoire de ma vie}, via Kluth (2008). That answer apparently drew upon marginalized analysis of gynocentrism going back to classical Greece and Rome.

An earlier epigram expressed concern about the effect of castration on grammatical gender:

His genitals removed, the boy’s sex shifted from settled to unsettled —
he whom the hand grasping for profit cut.
Since the eunuch moves with a feminine sway,
you would doubt what it is, man or more of a woman.
The castrator has removed the entire art of grammar,
he who has taught that “human” has a neuter gender.

Anthologia Latina 97 (108R), Latin text from Kay (2006) p. 43, my English translation, benefiting from those of id. p. 43 and Corbeill (2015) p. 152. In effects on human welfare, castration culture is surely much more significant than problems of grammatical gender.

A more feminine appearance probably makes men more appealing to woman tending toward self-absorption. In one of Lucian’s Dialogues of the Gods, Zeus complains that he has to make major transformational efforts to have women fall in love with him. Eros in response counsels Zeus:

If you want women to fall in love with you, you shouldn’t go shaking that shield of yours or carrying your thunderbolt around with you. Instead, make yourself as attractive as you can and tender to behold. Let your hair grow long in curls and do your hair up with a ribbon like Bacchus. Wear a purple robe and golden slippers, and come in dancing to the music of pipes and timbrels. Then you’ll find you have more women running after you than all of Apollo’s Bacchantes put together.

Grammatical gender may have originated as an innocent accident of morphology. In practice, however, its system provided Latin speakers a means of organizing, categorizing, delineating — and in many cases marginalizing — features of the world around them.

Ziolkowski, Jan M. 1985. Alan of Lille’s Grammar of Sex: the meaning of grammar to a twelfth-century intellectual. Cambridge, Mass: Medieval Academy of America.