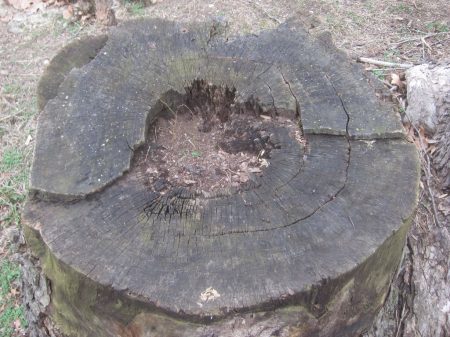 They say that once a viper, mother of poisons,
managed to bite a eunuch, and then promptly expired.
The viper had tasted eunuch blood, blood so poisonous
that it had overcome even the viper’s own deadly venom. [1]

How did eunuchs come to be so despised? Castration culture is an important part of the answer. Castration culture criminalizes men’s sexuality. Castration culture deprives men of sexual freedom and imposes on men forced financial fatherhood for nothing more than using their penises. Castration culture threatens with castration any man would dare speak out about injustices against men. In these circumstances of gynocentric domination, some males were castrated for their own worldly advantage and career advancement. Because principled, self-respecting men naturally despised them, these eunuchs greatly tarnished the reputation of eunuchs generally.

In the Gospel of Matthew, men being castrated for their own worldly self-interest were beneath Jesus of Nazareth’s concern. Some of Jesus’s disciples observed that men are better off not getting married. Jesus implicitly characterized unmarried men as enjoying an easy, appealing life. He also implicitly labeled unmarried men as eunuchs. Jesus distinguished three types of unmarried men / eunuchs:

Eunuchs who have been so from birth have the same inherent human dignity as any other human being. Men made eunuchs by others hostile to them (by castration culture and by the penile function of the gynocentric criminal justice system) deserves compassion, solidarity, and social justice. Men who have made themselves eunuchs for the sake of the kingdom anticipate other-worldly bliss. They deserve respect personally, and their serious belief-action ethics merit thoughtful consideration. The missing group in Jesus’s concern for eunuchs is men who castrate themselves for worldly advantage, or have been castrated by their parents for worldly advantage. These men and parents, like parents who have their sons circumcised merely for worldly concerns, have betrayed men’s god-created nature and their humanity.

who until he was aged and his ancient hair white
used to take mashed and chewed food
from his nurse’s mouth like a baby
so that he would not hurt his teeth with chewing;
he never put his own hand
below his navel, not even on his genitals. [3]

This person almost surely had male genitals. But if, as a man, you never put your hand on your genitals, you act as if you don’t have them. To be comfortable, most men prefer to sit with their legs spread wide. Men also occasionally make adjustments to their precious package, which shouldn’t be called junk. Spreading and adjusting are natural for a man. They shouldn’t be cause for shaming and criminalizing men.

In Byzantium, some men had their genitals cut off to improve their career prospects as government officials. After becoming eunuchs, some came to occupy the highest offices in the Byzantine imperial government. Byzantine eunuchs often monopolized access to royally privileged women and impeded mutually joyful affairs.[4] Men generally despised these eunuch officials. Aristandros and Kallithea reported:

The race of eunuchs is by nature jealous;
when entrusted with guard-duty, they do not drowse,
not because they are faithful to their masters or wish them well
but because they are envious, they are jealous and are grudging to others;
being unable to perform themselves, they hinder others who can.
They say dogs in the manger do the same;
although they cannot eat barley like horses
they do not make way for the horses when they want to eat. [5]

In a Russian popular fable, a peasant prays to God not for a cow, but that his neighbor’s cow will die. While far distant in time and space, eunuchs in twelfth-century Byzantium were similarly characterized as envious.[6]

In 399 in Constantinople, the eunuch Eutropius was appointed consul in the eastern part of the Roman Empire. The consul held the highest elected political office in the Roman Empire, much like the president does in the United States today. Eutropius was in some ways like the typical politician, whether woman or man or neither:

Do you marvel? There is nothing big that in his heart
Eutropius does not hold. Always new things, always large things,
he loves and tastes individually with quick feeling.
He fears nothing from the rear; to needy persons watching searchingly
he is open, night and day. Smooth and easy for petitioners to move,
and even in the middle of passion, he is very soft.
He never says “no” and offers himself even to those who don’t ask;
whatever inclination desires, he cultivates and offers for enjoyment;
whatever you love, his hand will give; in common for everyone
he performs his service, and his power enjoys to be bent.
His meetings and his meritorious labors have given birth to this:
he accepts the robes of consul as rewards for his skillful right hand.

But Eutropius was a monstrous person, completely unsuited for office, a joke and an embarrassment to the empire:

Half-beast births, and babes that frighten their mothers;
within the city walls in the night wolves were heard to
murmur and sheep spoke to their astonished shepherd;
dire winter storms of stones and with bloody cloud,
threatening Jove grew red, and wells with gore
were filled. About the poles run double moons
and twin suns, yet the world ceases to wonder:
all have given way when a eunuch is appointed consul.
Oh, what shame to heaven and earth! …
This is the power, Fortune, that you hold? What is
this savage humor? At what length will you play with human affairs?
If it pleases you that the consul’s chair be servilely
disgraced, let one with opened shackles advance to consul,
let an escaped prisoner be crowned as god of the Roman state:
but at least give us a man.

Even before Eutropius took office, eunuch officials had bad reputations:

eunuchs in imperial government were notorious for plotting, selling favors, and fortifying their position by closing off others’ access to the emperor {and to the empress}. [9]

Eutropius made the bad reputation of eunuch officials much worse. He was particularly cruel and greedy. He was thought to have arranged the assassination of his predecessor, and he acquired great wealth by selling imperial offices. After Eutropius served for about a year as consul, Emperor Arcadius deposed and exiled him. The Emperor decreed that Eutropius’s name be erased from the official Roman imperial record. The Emperor also decreed that all statues and paintings of Eutropius be destroyed so that they would not “as a brand of infamy on our age, pollute the gaze of beholders.”[10]

Throughout history, some parents have had their sons castrated in schemes to gain for them career advantages. Some men have for similar reasons castrated themselves.[11] Such eunuchs earned a reputation for being vicious, greedy, jealous, poisonous, and vain. One should recognize the social circumstances that motivated them to become what they were. Gynocentric society supports castration culture and cadres of vicious, jealous eunuch officials.

[1] Constantine Manasses, Aristandros and Kallithea 80.6-9, from Atticizing Greek trans. Jeffreys (2012) p. 307 (adapted non-substantially). This novel survives only from collections of excerpts. I cite by Jeffrey’s excerpt number and line.

According to Jeffrey’s analysis of the available evidence, Constantine Manasses wrote Aristandros and Kallithea about 1145 in Constantinople. Manasses wrote it in twelve-syllable Greek verse lines (political verse). Jeffreys (2012) pp. 273-9.

[5] Aristandros and Kallithea 110, trans. Jeffreys (2012) p. 316. The dog in the manger needlessly impeding another is attested as a proverb in Greek in Diogenianus in the first century. For citation and text in English translation, Mieder (2014) p. 372; for extensive related discussion, id. Ch. 11. Lucian in the second century uses the dog in the manger proverb in his works “Remarks addressed to an illiterate book-fancier” and “Timon the Misanthrope.”

Ceremonial humiliation of a eunuch was part of the festivities celebrating the marriage of Anna and Irene, daughters of Emperor Alexios III, in Constantinople in 1199 or 1200. Races conducted in the courtyard of the royal (Blakhernai) palace were started in the following way:

A certain noble youth, notable for the lofty rank he held, stood behind the {high-ranking} eunuch, and whenever the latter bent over and give the signal for the race to begin, the youth would kick the eunuch so hard with the flat of his foot on the buttocks that the noise could be heard everywhere.

[6] A Byzantine literary figure of a maiden being a mixture of milk and roses seems also to have traveled to Russian popular culture.

[7] Claudius Claudianus {Claudian}, In Eutropium {Against Eutropius} 1.358-70, from Latin my translation, with help from Maurice Platnauer’s translation (Loeb Classical Library, 1922) and that of Long (1996) p. 142. Platnauer’s full Latin text and English translation is available online. I’ve included the Latin poetry because careful study of it is particularly helpful for appreciating the full literary art and meaning of this passage.

Claudian lived between 370 and 420 GC. He was born in Alexandria and migrated to Rome. Here’s more on Claudian. The western part of the Roman Empire didn’t recognize Eutropius as consul. The Roman Empire at that time still imagined itself to be a unity of east and west. Long (1996) pp. 268-9.

Eutropius’s parents had him castrated to improve his career opportunities:

He is destined from his very cradle to bloody tortures; straight from his mother’s womb he is hurried away to be made a eunuch; no sooner born than he becomes a prey to suffering. Up hastens the Armenian, skilled by operating with unerring knife to make males womanish and to increase their loathly value by such loss. He drains the body’s life-giving fluid from its double source and with one blow deprives his victim of a father’s function and the name of husband.

[11] To increase the supply of imperial officials, Alexios I Komneno decreed that families with more than one son should have one castrated. Byzantine families plausibly had an economic incentive to castrate a relative. Tougher (2008) pp. 61-4.

Garland, Lynda. 1990. “‘And His Bald Head Shone Like a Full Moon …’ : an appreciation of the Byzantine sense of humour as recorded in historical sources of the eleventh and twelfth Centuries.” Parergon. 8 (1): 1-31.

Long, Jacqueline. 1996. Claudian’s In Eutropium, or, How, when, and why to slander a eunuch. Chapel Hill: University of North Carolina Press.