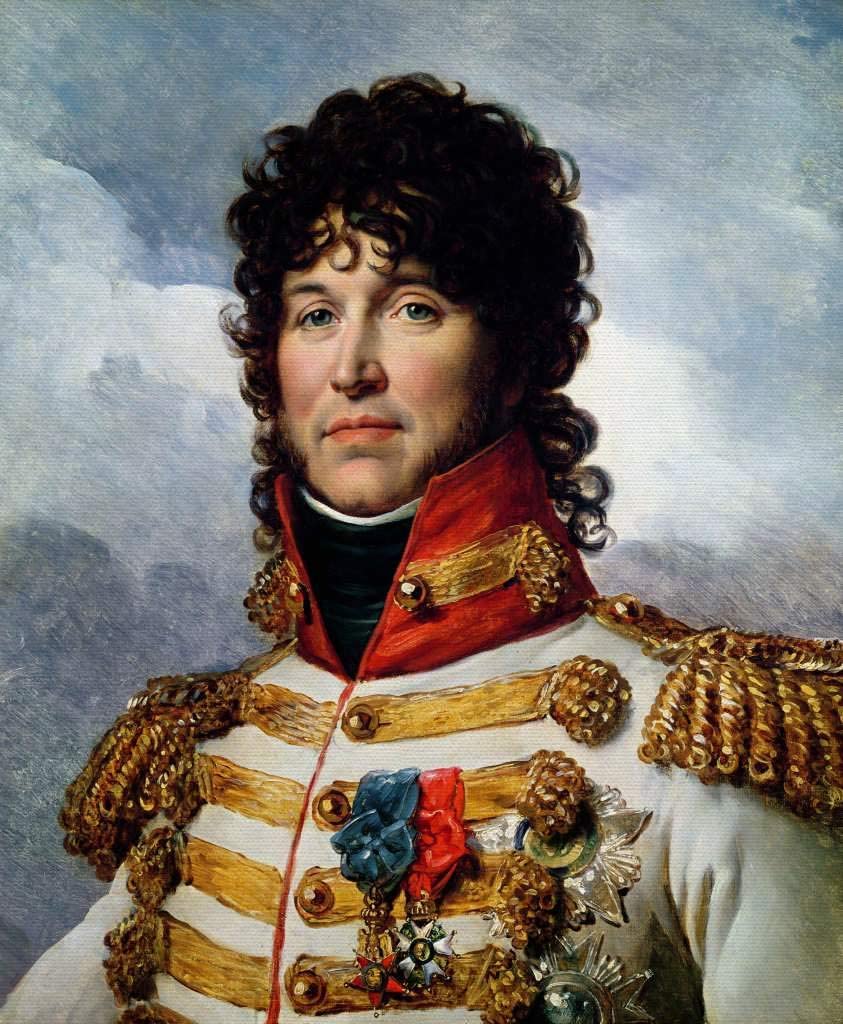 The Old French lai Graelent, composed late in the twelfth century, recounts the queen of Brittany sexually harassing the knight Graelent. He was noble, handsome, courtly, wise, and well-regarded far and wide. He responded to the king of Brittany summoning knights for war. Graelent served the king admirably. His fine reputation and outstanding service regrettably led to his victimization:

The queen heard praise of him
and accounts of his excellent deeds,
his great valor and his prowess,
and his beauty and his generosity.
She then loved him in her heart.

The queen summoned one of her sycophantic chamberlains and told him:

I want to make him my beloved.
Because of him I am in great turmoil,
so go and tell him that he should come to me.
My love I shall grant him completely.

The chamberlain obsequiously supported the queen’s initiative to betray sexually her husband with the knight:

“You would be giving him a very fine gift,” he said,
“It will be astonishing if he’s not filled with joy.
There’s not a single good monk from here to Troy,
who, if he looked upon your face,
would not very soon undergo a change of heart.”

Following the queen’s command, the chamberlain went to Graelent and told him to go to the queen without delay.

Just as for too many women today, the queen felt sexually entitled because of her superior status relative to almost all men. When Graelent entered the queen’s chamber, she immediately put him into a pressing, dangerous position:

She took Graelent into her arms,
and held him in a tight embrace.
She made him sit down beside her
on a cushion next to her bed.
She looked at him very tenderly,
at the beauty of his body and his face.

Graelent had never before met the queen. She didn’t ask him for his affirmative consent before she embraced him tightly and gazed at him tenderly. Having sex with the queen would be treason against the king and imply the death penalty for Graelent. Given the dire threat to his safety, he had to remain calm:

She spoke to him in friendly fashion,
and he made a courtly reply.
But nothing he said was pleasing to her.
The queen remained thoughtful for a long time.
She was astonished that he hadn’t begged her
to love him with true passion.
Because he had not sought her love,
she asked him if he had a beloved,
or if he were captivated with love,
for he fully deserved to be someone’s lover.

Attempting to diffuse this treacherous situation, Graelent wisely replied with a long, abstract speech on the nature of love:

“My lady,” he said, “this is not what I want.
Loving is no laughing matter.
A man must be of very great worth
to undertake to become a lover.
Five hundred men speak of love
who do not know the slightest about it
or know what loyal passion is,
so mad and so foolish are they.”

What queen wouldn’t agree that men are to blame for wrongful love? Since study of classics was encouraged in medieval Europe, Graelent was well-educated enough to cite Cicero on friendship in discussing heterosexual love.

The queen was impressed with Graelent’s courtly speech about love. She then spoke her mind as only the privileged can:

She spoke to him more openly,
revealing her heart to him completely.
“Beloved,” she said, “Graelent,
I love you fervently.
I have never loved anyone but my lord,
but I love you with such passion
that I bestow on you all my love.
Be my beloved, and I shall be your beloved.

Graelent could no longer hide behind learned abstractions. He had to respond directly to the queen’s amorous solicitation:

“My lady,” he said, “My thanks to you,
but it cannot be thus,
for I am in the king’s pay.
I promised him loyalty and faith
when I took my oath to him the other day,
to his life and to his honor.
Never will he know shame because of me.”
Then he took his leave and departed.

In short, Graelent politely and rightfully told the queen “no” to having an affair with her.

The queen wouldn’t accept that no means no for a woman of her privilege. She couldn’t imagine that words said to men could also have meaning for her:

She didn’t want to be so rejected.
Many times she requested his love
and dispatched her messengers to him.
She sent him costly gifts
but he refused all of them.

Finally acknowledging Graelent’s determination to refuse his superior’s sexual advance, the queen viciously retaliated against him:

When she saw that her efforts had failed
completely to move him, she hated him intensely.
She caused trouble for him with his lord
and deliberately slandered him.

Because his wife claimed that Graelent wasn’t performing his job adequately, the king began to withhold Graelent’s pay. Graelent then sunk into poverty. The queen’s sexual harassment and retaliation thus victimized him extremely.

The Old French lai Guingamor, also composed late in the twelfth century, provides another medieval case of a queen sexually harassing a knight. Guingamor was a brave and handsome knight. He was also the nephew of the king of Brittany. One day, the king went hunting. Guingamor remained at the royal castle because he was feeling slightly ill. He felt well enough, however, to play chess in a room with the seneschal. That play put him in grave danger:

The queen left her quarters
and came to the door of the room.
She was intending to go to the chapel.
She was very tall, stately, and fair.
In order to look at the knight,
whom she saw playing at the table,
she paused for a long time.
She didn’t go any further, nor did she move.
He appeared to her remarkably handsome
in body, face, and feature.
He was sitting by a window.
A ray of sunlight fell
upon his face, lighting it
and giving him a fine coloring.
The queen gazed at him so long
that she completely changed her mind.
Because of his beauty and his noble bearing,
she was overcome with love for him.
The queen retraced her steps
and summoned a handmaiden.
“Go,” she said, “to the knight
who is sitting in there at the chess-board.
He’s Guingamor, the king’s nephew.
Tell him to come to me.”

When a privileged woman summons a man, he must immediately go to her:

Guingamor left the game
and went with the handmaiden.
The queen called to him
and had him sit down beside her.
Guingamor didn’t understand
why she was being so welcoming.
The queen spoke first:
“Guingamor, you are very brave,
worthy, courtly, and charming.
Good fortune awaits you.
You can find love in a very high place.
You have a lover who is courtly and fair.
I know of no lady or maiden
in the kingdom who is her equal,
and she loves you with a great love,
so take her for your mistress.”

Guingamor knew nothing about such a highly placed lover:

“My lady,” he said, “I do not know how
I might love a lady passionately,
unless I had already seen her,
made her acquaintance and got to know her.
I have never even heard speak of her,
nor do I seek to labor for love at present.

Men shouldn’t have to labor for women’s love. Loving persons should freely give each other love. Perhaps Guingamor forswore love affairs at present because he suspected a trap. The queen then made the matter clear:

The queen said to him: “Beloved,
don’t be so timid.
It is I whom you should truly love.
I’m not to be refused,
for I love you with all my heart
and shall do so for my whole life.”

The queen thus made the knight a love offer that he could refuse only at his great peril.

Guingamor wisely sought to sidestep the queen’s forceful sexual proposition. He acknowledged his responsibility to her as his superior:

“I don’t mean love of that kind.
I want to love you passionately,
and be your mistress.
You are handsome and I am attractive.
If you set your mind on loving me,
we can both be very happy.”
She drew him towards her and kissed him.

Guingamor heard what she said,
and the kind of love that she wanted.
He felt great shame and blushed all over.
He pulled away angrily
and attempted to leave the room,
but the lady tried to hold him back.
She seized hold of his cloak
and broke its fastenings.
He went off without his cloak
and returned to the gaming-table.
He sat down again very upset.

Women shouldn’t tear off men’s clothes, especially the clothes of men in subordinate service to them, especially after such men have clearly refused their unwelcomed sexual advances. Teach women not to tear men’s clothes off! The queen went on to scheme successfully to have Guingamor leave the palace on a quest at great risk to his life. Just as it did to Graelent and Guingamor, retaliation against men makes women’s sexual harassment of men even worse.

Men’s lives should matter in public discussion of rape and sexual harassment. What Graelent and Guingamor suffered wasn’t unusual. The knight Lanval, the knight Galo, the knight who loved the chastelaine de Vergi, Joseph the son of Jacob, and many other men have similarly suffered women sexually harassing and sexually assaulting them. Moreover, the enormous gender protrusion in persons suffering authoritative incarceration is a grotesque gender inequality. Justice systems that administer penal punishment with acute bias against persons with penises deserve to be defunded and abolished.

[1] Graelent, vv. 27-31, Old French text and English translation (modified slightly) from Burgess & Brook (2007). The lai (lay) Graelent survives in three manuscripts. Burgess & Brook’s text and translation are based on MS S: Paris, Bibliothèque nationale de France, nouvelles acquisitions françaises, 1104, f. 72rb-77ra. The MS S part that contains Graelent was copied late in the thirteenth century or early in the fourteenth century. On the dating of Graelent itself, which is only approximate, id. p. 352.

Drawing upon the Biblical example of Joseph being sexually harassed by Potiphar’s wife, the Carmina Burana advised men enduring sexual harassment to flee:

Quick, leave your cloak behind
and run away!
Don’t be rash and struggle,
for in warfare of this kind,
he who resists is the loser.
When a man knows how to yield
by running away, women flee from him.

Carmina Burana 29, Philip the Chancellor (attributed), “In a pool of wretchedness {In lacu miseriae},” 3.8-14, Latin text and English translation (modified slightly) of Traill (2018). Another poem makes the point succinctly: