In the sophisticated, cosmopolitan Abbasid culture of central Mesopotamia more than a millennium ago, learned persons authored outrageous works in fierce competition for social status. The Alphabet of Ben Sira (Pseudo-Sirach) is a Hebrew work from those circumstances.[1]  It outrageously mocks highly respected learning.  At the same time, it contemplates with literary sophistication the justice of the Jews’ Babylonian exile.

The Alphabet of Ben Sira claims for Ben Sira a miraculous birth.  It has Jewish sages declaring that three men were born of virgins: Ben Sira, Rav Pappa, and Rabbi Zera.  All three reportedly were perfectly righteous persons and great Torah scholars.  The latter two had outstanding scholarly characteristics:

Ben Sira’s extraordinary knowledge went beyond his bizarre conception and prophetic-incestuous parentage.  According to the Alphabet of Ben Sira, Ben Sira spoke to his mother from the moment he left her womb.  He declined to suck at his mother’s breast and instead instructed her to cook and sew.  At age one, he told his mother, “Take me to the synagogue.” The teacher at the synagogue initially refused to take Ben Sira as a student.  The child Ben Sira then disputed with the teacher about his readiness for instruction, and prevailed.  The teacher then began teaching Ben Sira in the usual way, beginning with the alphabet.  When the teacher said, “Say alef {the first letter of the Hebrew alphabet},” Ben Sira responded with a complete proverb beginning with that letter.  The proverb was relevant to the teacher’s dissatisfaction with his wife.  The teacher went through the alphabet, and Ben Sira responded with proverbs. The effect was to develop an argument between the teacher and Ben Sira about whether the teacher should divorce his wife and take up with a beautiful, female neighbor.

they {Jesus’ parents} found him in the temple, sitting among the teachers, listening to them and asking them questions.  And all who heard him were amazed at his understanding and his answers. [3]

Ben Sira was thus even more of an intellectual child prodigy than was Jesus.  Moreover, Ben Sira understood women in a way consistent with popular wisdom literature for men and literature of men’s sexed protests.  In addition, Ben Sira’s name associates him with widely respected proverbial wisdom of the Book of the All-Virtuous Wisdom of Joshua ben Sira, commonly called Sirach or Ecclesiaticus. 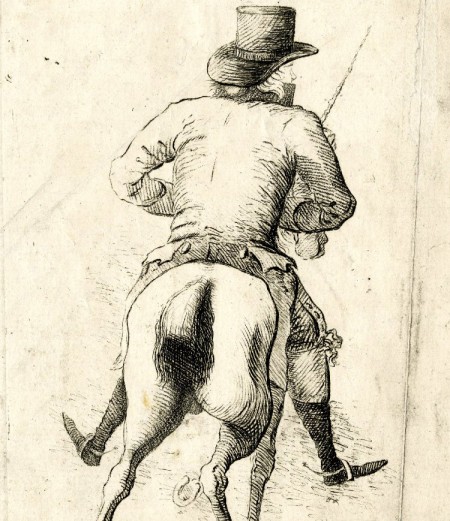 Ben Sira’s life and actions do not support the value of wisdom and knowledge.  Ben Sira proclaimed repeatedly, from the very day of his birth, “there is nothing new under the sun.”[4]  That’s a line from the biblical book of Qoheleth, also called Ecclesiastes.  Qoheleth declares the futility of searching for wisdom and seeking knowledge:

much wisdom is much vexation, and those who increase knowledge increase sorrow … Of making many books there is no end, and much study is a weariness of the flesh. [5]

The Alphabet of Ben Sira’s counterpoint against striving for wisdom and knowledge also concerns Nebuchadnezzar.  The name Nebuchadnezzar is formed from the phrase “Nabu, protect my heir.” Nabu was the Babylonian deity of wisdom.  In a surviving supplication text, Nebuchadnezzar describes himself as “the beloved of Nabu” and “the possessor of wisdom.”[8]  The Alphabet of Ben Sira declares that Nebuchadnezzar was the son of Solomon and the Queen of Sheba.  Solomon, though renowned for wisdom, turned his heart away from the God of Israel.  Solomon sought great wealth in gold and horses, married foreign wives, and worshiped foreign gods.  Hebrew scripture declares that, in punishment for Solomon’s transgressions, God tore from the house of Solomon all but one of the tribes of Israel.[9]  Nebuchadnezzar’s sack of the temple and exile of all the Jews to Babylon completed the destruction that Solomon indirectly initiated.

For the sake of the one mosquito that is destined to punish the wicked Titus. [11]

Titus was a Roman general, later Emperor, who led the Roman destruction of the Second Temple at Jerusalem in 70 GC.  Aristotle’s Problemata answers such questions for the reader’s satisfaction in narrow knowledge authority.  The Alphabet of Ben Sira takes that form and puts it at the allegorical service of cosmic questions of history and justice.

Within its answer to one such question, the Alphabet of Ben Sira significantly revises a story from the Sanskrit work Panchatantra.  In the Panchatantra, a monkey climbs on the back of a crocodile to be taken to the crocodile’s home.  The crocodile plans to kill the monkey in order to get the monkey’s heart that his wife wants to eat.  In the middle of the ocean, with the monkey riding on the crocodile’s back, the crocodile reveals his plans to the monkey.  The monkey tricks the crocodile into returning him to his home on the shore by claiming that he would retrieve a second heart much sweeter to eat than the one he had with him.[12]

In a similar story in the Alphabet of Ben Sira, a fox rides into the middle of the ocean on the back of a fish.  In this version of the story, the fox dupes the fish into returning him to shore with the claim that he does not have his heart with him:

For our custom is to leave our heart in our residence when we travel.  If we need it, then we fetch it.  If not, it remains at home. [13]

The fox’s claim of having left his heart at home may have ultimately worked against him.  Being taken into the sea in the Alphabet of Ben Sira’s story provides protection against the angel of death:

the fox, who by his cunning avoided having a representative of his species in the sea, outsmarted himself and worked, in the end, to his own detriment. [14]

Weighing of the heart in Egyptian myth is associated with postmortem judgment of the justness of a person’s life.  Having a light-weight heart was propitious. Having no heart, however, cheats the judgment of justice.  Not having a heart resonates with the laments of Jews in Babylon.  What exactly the Alphabet of Ben Sira was doing with such references isn’t clear.  In any case, compared to the taste of a second heart in the Panchatantra story, the absence of the heart in the Alphabet of Ben Sira’s revision seems significant.

The Alphabet of Ben Sira considers justice and heart-breaking exile within the history of the Jewish people.  In doing so, it makes outrageously creative use of major literature from across western Eurasia.

[1] The Alphabet of Ben Sira “was almost certainly written in Iraq at the end of the 9th century or beginning of the 10th.”  Yassif (1982) p. 48.  Another scholar describes it as written in a Muslim country during the geonic period (589-1038 GC) “possibly as early as the eight century.” Bronznick (1990) p. 167.  Marmorstein (1951) discusses evidence for an even earlier date for a version of the Alphabet of Ben Sira.

Pseudo-Sirach is a better name for the work discussed above. It should be distinguished from a second work also commonly called the Alphabet of ben Sirach. The second Alphabet of Ben Sira is the last section of the biblical book Wisdom of ben Sirach (Sirach), also known as Ecclesiasticus.

[2] Re-arranged text from the Alphabet of Ben Sira, trans. from Hebrew in Bronznick (1990) p. 169.  Reversing these characteristics probably gives a fairly realistic description of some Jewish intellectual practices a millennium ago.  These practices of course are common across academia today.

[3] Luke 2:41-51.  Scholars recently have tended to underplay the parody of Christian scripture:

The fact that this work originated in a non-Christian country strongly militates against the theory that the account of the miraculous birth and prodigious childhood of Ben Sira was intended as a parody on the life and childhood of Jesus as found in the Infancy Gospels or as found in their Jewish version, Toledot Yeshu.  The Jews of a non-Christian country had neither the need of nor the interest in such an enterprise.

Bronznick (1990) p. 167.  That view grossly under-appreciates the vibrancy of Abbasid multi-religious culture.  Jewish and Christian physicians prominent in the Abbasid caliph’s court vigorously mocked each other.  The ninth-century Christian physician Yuhanna ibn Masawayhi is said to have written a book to save his beloved ape.  But in a story of a knowledge contest with the renowned Muslim litterateur al-Jahiz, Masawayhi triumphs.  Islamic tradition apparently parodied the Jewish proselyte and translator Aquila. Jews and Christians competed for status and patronage in the Abbasid court along with their Muslim counterparts.  A Jewish parody of Christian scripture is entirely consistent with practices in multi-religious Abbasid culture.  A more relevant distinction is that Jesus’s conception is “from the Holy Spirit” (Matthew 1:20); Mary is told “the power of the most High will overshadow you” (Luke 1:35).  Ben Sira’s conception, in contrast, is attributed to semen from masturbation in water.  Similar accounts exist in earlier literature.

Did not Zedekiah see Nebuchadnezzar eating a hare and swear to him, by divine decree, that he would never reveal it!  And yet, he broke his oath.  You will do the same.  If you now join us, fine.  If not, we will sodomize you just as our ancestors used to do in their idol worship.

[7] Mirsky (1990), p. 359, insightfully declares that Nebuchadnezzar is a central character in the Alphabet of Ben Sira.  Ben Sira refused Nebuchadnezzar’s invitation to join his royal line.  Noting that, Mirsky declares that Ben Sira is “giving expression to the broken heart of the Jew in exile” and making “a heartfelt call to resist the blandishments of assimilation.”  Id. p. 362.  Ben Sira also seems to see the work of his fellow Jewish intellectuals as good material for entertaining ridicule.

The literary genre of ‘wisdom questions’ is the basis of the pattern of Toldot Ben Sira.  This situation, where a wise man faces a ruler and responds to his questions, is one of the most prevalent literary patterns in both Eastern and Western literature.

Yassif (1982) p. 50.  An early Islamic fictitious dialogue between the Arab physician al-Harith and the Persian King Anushirwan is an example of this literary structure.  The knowledge questions in the Alphabet of Ben Sira seem to me less like a courtly interview and more like a parody of atomized knowledge claims.  The questions initiate expansive story-responses.  That is typical of the eastern ‘wisdom questions’ genre.  Id.