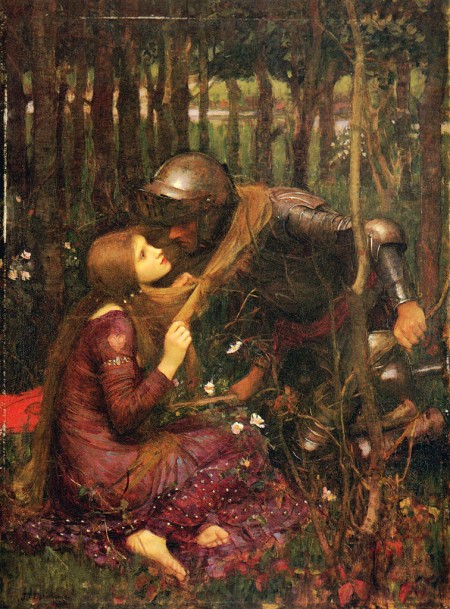 William Reddy’s recent tome, The Making of Romantic Love, shows the cultural construction of the cultural construction of gender extended to sexual desire. In the ancient Greco-Roman world, women appreciated male genitals in a way scarcely conceivable today. Men in ancient Egypt rubbed concoctions of their cocks and uttered incantations in the belief that doing so would help them to have sex with a beloved woman. The early Arabic life of Buddha described the original understanding of chivalry: a husband always being ready to have sex with his wife whenever her desire arose. The survival and evolution of species from fruit flies to elephants depends on having sex. Moreover, at least among primates, having sex predominately occurs with mutual desire to have sex. None of this reality is relevant to the cultural construction of Reddy’s The Making of Romantic Love.

The cultural construction of The Making of Romantic Love draws on a variety of linguistic practices. One such linguistic practice is word-chopping. Consider sexual desire. In a wide variety of cultural contexts, some expressions of sexual desire are socially regarded as worse than others. In twelfth-century Europe, Hildegard von Bingen deplored men having sex with cows. Whether men having sex with men is better than men having sex with women has been debated for millennia. Calling a relatively culturally valorized form of sexual desire love, or “romantic love,” doesn’t imply a binary opposition between romantic love and sexual desire. That binary opposition can easily be merely a linguistic construct. Reddy’s claim that the binary of romantic love versus sexual desire was invented in twelfth-century Europe as a result of particular Gregorian reforms lacks appreciation for biological reality. That claim also lacks appreciation for the cultural construction of the scholarly valorization of claiming cultural constructs.

Other aspects of Reddy’s book indicate loss of connection to reality. The third page of the book solemnly declares that eleventh and twelfth century (European) church leaders “attempted to outlaw sexual pleasure for all Christians.” Even if that were formally true, which it isn’t, such a law would be laughably impractical. Mountains of scholarly verbiage over recent decades insist that verbiage constructs everything. That helps to explain the significance of Reddy’s observation:

there is no indication in the documents that members of these elites regarded sexual release as inherently pleasurable. [1]

Forget about motivating the evolution of sexually reproducing organisms over more than a billion years. If the pleasure of sexual release doesn’t appear in the elite documents, then no one feels it.

That’s true. It’s also true that if organisms in a sexually reproducing population stop having sex, then that population will die off. A dead population isn’t a healthy population.

In the linguistc-sophistic approach to biology, the reality of social and ecological context leads to blank-slate disembodiment:

There is good scientific evidence, therefore, to suppose that what many Westerners experience as “sexual desire” is not a hard-wired physiological “drive” but a Western cultural construct, or set of related conceptualizations and practices, with a long and intricate history. … Western forms of sexual desire are like a genre of music that one learns to improvise, and the neurological mechanisms are like an instrument on which any number of such genres might be played. In the Western genre, notation of “appetite” or “drive” have long played a central structural role, but there are no keys on the instrument that uniquely correspond to these terms. … There is, therefore, nothing in the latest neuroscience research on sexual desire, sexual arousal, or romantic love that permits one to conclude these states are caused or orchestrated by hard-wired brain systems.

Human beings should aspire to using reason beyond being rationalizing animals. Reddy repeatedly suggests that his approach is “just reading” the documents.[3] Yet his doing so produces conventional claims strictly disciplined within the culturally constructed school of social constructionism. Culturally constructed scholarship has produced amazing tendentious readings of men’s subordination within courtly love:

In twelfth-century courtly love texts, the woman may seem at first glance to benefit from her elevation to the status of beloved “lady,” but a closer look reveals — or many scholars have argued — that putting her on a “pedestal” was only a more effective way of disciplining her. Men submitted to her yoke only to better make her dance to their tune. [4]

If you believe that, then you are using your mind merely to rationalize dominant ideology. As Reddy’s book makes clear, a mind is a terrible thing to waste.

[2] A roundtable on Reddy’s book represents well the tediousness of this school of thinking. For a more interesting approach to courtly love and the Troubadours, see Monson (2011). Dronke (1965) shows that men’s abasement in love, men toiling for women’s love, and the pedestalization of women (three behaviors characterizing “courtly love”) occur in love poetry across a wide range of cultures and throughout recorded history.  Courtly love can be understood as expressing gynocentrism, a typical primate social structure.

[4] Denying the obvious to assert “male dominance” is prevalent in current scholarship. Consider this summary of chivalry:

Thus we can recognize that this literature not only heaped upon chivalry a great measure of idealized responsibility for the protection of women and for the elimination of the most coarse and brutal forms of subjection, it also endowed knights with an even greater valorization of their powerful place in society in general, and especially in regard to women. These works offered the knights a more refined form of male dominance as one powerful element of their chivalry.

Kaeuper (1999) p. 230. Being vastly disproportionately killed is not a sign of dominance. Sexist studies of sexism and mortality inequality defined as equality point to actual dominance.