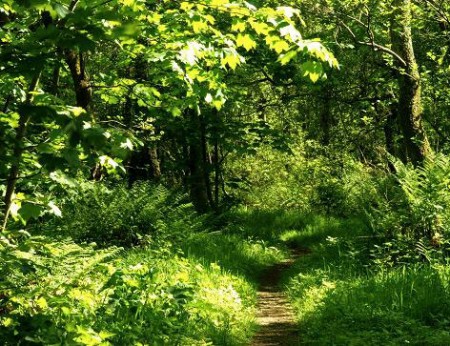 The eminent, early third-century Christian theologian Hippolytus of Rome described a narrow, tight vagina as the path of greater mysteries and heaven’s gateway. Yet many women and men today think that the Christian concept of mercy has little relevance to them. That’s a mistake. Whatever your trauma, whatever your condition of brokenness, despite your sense of the impossible, mercy is for everyone.

According to the Gospel of Matthew, Christian men should seek to enter a narrow gate. The Gospel text contrasts a narrow, scarcely trodden gate with a wide, popular gate:

Hippolytus interpreted that text with the help of ancient Greek poetry. To a “wide and spacious road” associated with death Hippolytus contrasted another road as described by an (ancient Greek) poet:

But below it there is a rugged path,
enclosed and muddy, which is the best one for leading
to the delightful grove of greatly honored Aphrodite. [2]

Within this literary figure, “the delightful grove of greatly honored Aphrodite” indicates a vagina. The narrow, rugged path is a tight vagina. The larger sense of Hippolytus’s figure is ventral-dorsal heterosexual sex of reproductive type. Hippolytus explained:

For those who have obtained their “deaths” in that place, he says, “obtain greater destinies.” This, he says, is “heaven’s gateway,” and this is the “house of God,” where only the good God dwells. [3]

An epic Greek poem, probably from the seventh or sixth century BGC, shows compassion for a man having difficulty finding that way. In this poem, Margites, apparently confused or perhaps desperate, thrust his penis into a pot. His penis got caught in the pot. He couldn’t get it out. After having to piss into the pot, he ran outside, picked up a stone, and smashed the pot to liberate his member. That was probably a scarring experience.[4]

Apparently subsequently marrying, Margites was reluctant to have sex with his wife. The twelfth-century Greek Archbishop Eustathius of Thessalonica, a church leader who wrote an important commentary on Homer, reported on Margites’s marital situation:

when he married he did not fall upon his bride until she, at her mother’s instigation, pretended to have suffered a wound in her lower parts, and said that no remedy would be of any help except for a male member being fitted to the place: so it was that he made love to her, for therapeutic purposes. [5]

Most husbands will do anything to please their wives. Do you think Margites’s wife understood how much his life experience had traumatized him? Do you think she realized how much he was suffering for her? Women in all circumstances should show appreciation for men’s efforts.

Pope Francis has declared the year 2016 a jubilee of mercy. Men and women should ask for mercy (confidently, not with courtly self-contempt) and should be merciful. Calabre, a woman physician in fourteenth-century Paris, promoted corporal works of mercy by making vaginas small again and perking up breasts. Persons today can bring enlightenment to our benighted age by vigorously practicing life-giving acts of mercy.

[1] Matthew 7:13-4. In medieval Latin literature of men’s sexed protest, the wide gate and easy road is associated with publica janua (“a public doorway”) and portus publicus (“a public port”).

According to West, “The anonymous hexameter fragment clearly describes the vagina.” West (2008) p. 371, drawing upon, among other textual evidence, a comparison with Ausonius’s Cento Nuptialis, 110-19. The fragment might also be describing the anus. In context, I think the vagina is more probable.

[4] Described in Oxyrhynchus papyrus (first century BGC or GC) P.Oxy. 2309, from Greek trans. West (2003) p. 251. Here’s an image of a related papyrus. West classifies the poem about Margites as being Homeric apocrypha from the late sixth-century BGC. Gostoli (2007) suggests earlier. The Smithsonian Magazine in 2011 ranked “Homer’s Margites” as one of the “Top 10 Books Lost to Time.”

[5] Eustathius, Commentary on Odyssey 10.552, from Greek trans. West (2003) p. 249. Hesychius of Alexandria, a Greek grammarian from the fifth or sixth century GC, declared that Margites “did not know about copulation”:

His wife encouraged him by saying that a scorpion had bitten her and that she had to be healed by means of intercourse.