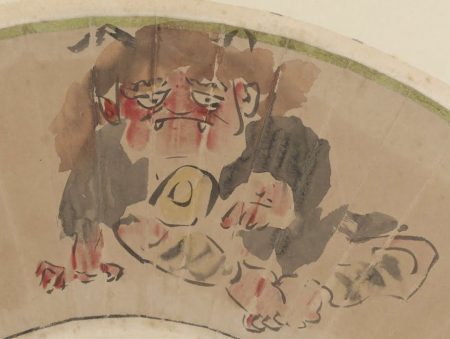 Many women don’t understand why men prefer to be pigs. Some think that men are dogs (if not u, Doug!), ready to snap their leashes as soon as a woman shakes her bones. No one today dares tell women the truth about women and men. But back in the sixth century in Vandal north Africa, Luxorius wrote Latin poetry fearlessly. Consider his poem to the ugly exotic dancer Gattula:

When you dance, Gattula, your wretched body
gives no one pleasure, you horrid one.
You instead prove yourself to be an insane lutist
who makes her ugly face worse with her gyrations,
and, as long as you displease, prompts everyone’s jokes.
Do you believe that your finger-cymbals delight the public?
No one possesses such a judgment of mind
that he wouldn’t, on account of you, abandon that joy.

Not just any exotic dancing girl is alluring to men. As hateful as it is to say today (yes, you can dance even if you’re obese), most men want a woman with an attractive body and a lovely face.

Throughout the ages, men have commonly been forced to pay for sex under the oppressive social structures of gynocentrism. But what if a woman offered to pay a man for sex? Could money compensate for a woman’s ugliness, or even for her anti-meninist attitude? In another poem to Gattula, Luxorius delivered a clear answer:

Another about the same {Gattula}, who promised a bribe to be loved

Why do you make a promise of payment, Gattula, to be loved?
Give payment so that you won’t hate yourself at the same time!
Why waste your bribes? Why promise gifts to so many men?
Accept payment from me for not giving me anything!
There is no lover so passionate and equally insane
that he doesn’t believe you are a monstrous evil.
But if some fornicator should happen to rise from the dead,
whom somebody like you pleases, give your gifts to him!

Gattula apparently offers Luxorius money to have sex with her. In the second line, Luxorius proposes that she pay him for not having sex with her in return for her payment. The underlying understanding is that a woman paying money to have sex with a man is shameful and reason for her self-hate. That understanding reflects the social construction of women’s superior sexual value relative to men. In the fourth line, Luxorius even offers to pay Gattula for not having sex with him. That line ironically gestures to social belief that, whatever the circumstances, men must pay money to women. In any case, Luxorius isn’t willing to have sex with Gattula even if she pays him. No amount of money can compensate for a woman’s ugliness and anti-meninist attitude.

The concluding image of a fornicator rising from the dead shows Luxorius’s poetic creativity and daring. In sixth-century Vandal north Africa, both Christianity and more traditional Greco-Roman beliefs were vibrant cultural resources. Just as Luxorius apparently created a counterpart to Jerome’s Paula, here Luxorius seems to have created a counterpart to Jesus. In Luxorius’s time and place, Jesus of Nazareth undoubtedly was the most famous person that many claimed to have risen from the dead. No one believed that Jesus was a fornicator. A woman like Gattula would not have pleased Jesus. Yet Jesus invites all sinners to come to him for forgiveness, love, and personal transformation. Jesus would have accepted Gattula’s sincere gift of self to him.

Even most Christian men don’t quite manage to be exactly like Jesus. A woman must appreciate not just what a man wants, but also what a man actually is.

[1] Anthologia Latina 356 (R361), from Latin my translation, with help from Rosenblum (1961) p. 157 (poem 75) and Starks (2011) p. 252. The Latin text is from Riese & Shackleton Bailey (1982) p. 279, with my minor adaptations to the editorial presentation. Rosenblum has a nearly identical Latin text, but in line 5 has the primary manuscript reading feras rather than Shackleton’s emendation patras.

Aristophanes indicates that some men were willing to accept gifts and money for having sex with ugly, old women. In Aristophanes’s Thesmophoriazusae (Women at the Festival), a women curses “an old hag {who} seduces with gifts the boyfriend of a young girl.” Thesmophoriazusae l. 344, from Greek trans. George Theodoridis. In Plutus (Wealth), an old woman explains of her “lovely young stud of a lover”:

He was so modest with his requests. Very much so. For instance, he’d ask for, say, twenty drachmas for a cloak, or eight drachmas for a pair of shoes… and he’d get me to buy little skirts for his sisters or a dress for his mum… once he asked me for a sack of wheat…

One thought on “what do men want? Gattula shows women’s misunderstandings”