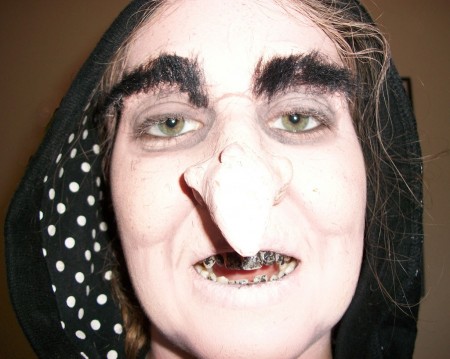 The deeply embittered Sir Gromer Somer Joure ambushed and threatened to kill King Arthur. He relented only after Arthur promised to answer the question: “What do women everywhere love best?” Obsessing about that question serves only to make men bitter.[1]

King Arthur had twelve months to figure out what women everywhere love best. Arthur’s trusty companion Sir Gawain offered to help. One rode in one direction, the other rode in the other direction, and they inquired of every man and woman about what women most desire:

Arthur and Gawain each compiled a huge book of what women desire. Of course, what women desire, especially in our age of ignorance and superstition, is a man who knows what he wants from women.

Her face was red and covered with snot, her mouth huge, and all her teeth yellow, hanging over her lips. Her bleary eyes were greater than a ball, and her cheeks were as broad as women’s hips. She had a hump on her back, her neck was long and thick, and her hair clotted into a heap. She was made like a barrel, with shoulders a yard wide and hanging breasts that were large enough to be a horse’s load. No tongue can tell of the foulness and ugliness of that lady. [3]

Gawain laid down his life for his friend. He agreed to marry the loathly lady Dame Ragnell. She in turn explained to Arthur:

Some men say we desire to be beautiful and that we want to consort with diverse strange men; also we love lust in bed and often wish to wed.  Thus men misunderstand women. Another idea they have is that we want to be seen as young and fresh, not old, and that women can be won through flattery and clever ploys. In truth, you act foolishly. The one thing that we desire of men above all else is to have complete sovereignty, so that all is ours. We use our skill to gain mastery over the most fierce, victorious and manly of knights.

That explanation makes sense. That explains why men have no reproductive rights, why men are systematically exploited through paternity determinations and child-support orders, why sexist Selective Service registration continues to exist, and why men aren’t paid for their erection labor. But why is it necessarily to sacrifice your friend in marriage to a loathly lady in order to learn the fundamental reality of gynocentrism?

Sir Gromer Somer Joure, bitter through even the most glorious mid-summer day, found no joy in Arthur’s enlightenment. When Arthur delivered to Gromer the answer, Gromer responded:

“I hope that she who told you burns in a fire, the old nag, for she was my sister, Dame Ragnell. God give her shame! If not for her, I’d have had you; now I’ve lost much effort. Alas that I ever saw this day!

Just as some men seek to convince other men to marry and join them in misery, some men prefer other men to remain ignorant about gynocentrism.

The cost of Arthur’s knowledge appeared to be enormous. Dame Ragnell demanded a huge public wedding with Sir Gawain. Imagine the embarrassment of getting married to a loathly lady. Imagine the cost of a huge wedding, or even just an ordinary-sized wedding these days. The bride was “the foulest sow ever seen”:

She had two teeth on each side like boar tusks the span of a hand: one went up, the other down. Her wide, foul mouth was covered with grey hairs and her lips lay lumped on her chin; no neck could be seen. She was indeed a loathly one!

Dame Ragnell headed the high table, and everyone remarked on her bad manners. When served, she ate as much as six people would, which amazed all. She used her nails, which were three inches long, to crudely break her food, so she ate alone. She ate three capons, three curlews and many baked meats; nothing came before her that she didn’t eat, which made everyone marvel, and both knight and squire bade the devil to gnaw her bones.

She surely was a very fat woman, or in modern terms, a very Rubenesque woman. Weighty thoughts of his wedding night smothered Sir Gawain as it soon approached.

A basic principle of medieval chivalry is that men must do their duty for women, who are essentially celestial beings. In the wedding bed-chamber, Gawain turned his back to his porcine angel-bride and summoned his strength to perform his knightly duty. She implored:

Ah, Sir Gawain, since we are married, show me your courtesy in bed; it cannot be rightfully denied. If I were beautiful, you would act differently. Now you take no heed of wedlock. But for Arthur’s sake, kiss me at least.  I pray you honor my request. Let me see what you can do.

It takes a strong man to be able to perform on demand, especially in these sorts of circumstances. Gawain, known as a heroic knight, would not sacrifice his honor and flee. He prepared his lance as best as he could and turned to his loathly bride. Behold! By the miracle of manly fantasy, she had become “the fairest creature he had ever seen”!

With great joy Gawain embraced and kissed his beautiful wife. Gawain, being a product of our ignorant age, immediately assumed the position of a beta-doormat husband. He declared to his wife:

Whatever you wish, I put it in your hand. My body and goods, heart and every part of me is all your own to buy and sell, I vow before God.

If this weren’t a romance and were actual reality, as soon as Gawain said that to his wife, she would loath him. She would eventually divorce-rape him for all he had. But in men’s fantasy, the husband’s self-abnegation prompts the wife to promise never to anger him while she rules over him. She also declares that she will stay beautiful forever, despite the inevitable reality of aging. She also declares she will never be fat, because she says so, and he would never dare say otherwise.

uncannily anticipates the notorious formulation of Freud: “Was will das Weib?” – “What does Woman want?” It has sometimes been said that the fascination of this question and the wish to solve the enigma of Woman that it conveys express interests that are typically male (or, in more abstract, cultural terms, masculine).

Hahn (1995). Concern for women isn’t just a masculine pre-occupation. In gynocentric society, everyone is primarily concerned about women.

Hahn, not surprisingly, understands Dame Ragnell (Ragnelle) to be at the center of the story:

Through her relations with the various male characters – her kinship with Gromer, her compact with Arthur, her union with Gawain – Ragnelle literally holds the poem together, for she is their link with each other. She undoes the threat her brother poses for the court, and then reconciles him to the Round Table; she knows the answer to Arthur’s problem and so saves his life and his kingship; she presents Gawain with opportunities to place his spectacular courtesy on display, first towards Arthur, and then towards women. Although Gawain performs his usual service as mediator, taming the strange (Ragnelle) and bringing it safely within the sphere of the court, even his success depends upon the more pervasive mediation of Ragnelle. By passing among these male characters, she becomes the nexus that ties them together and makes possible the fraternal and hierarchic bonds of chivalric solidarity.

The Wedding of Sir Gawain and Dame Ragnell survives in only one manuscript: the sixteenth-century manuscript Oxford Bodleian 11951, formerly called Rawlinson C.86. It was probably authored in the mid-fifteenth century.

[2] All the quotes above are from The Wedding of Sir Gawain and Dame Ragnell, from Middle English trans. Tuma & Hazell (2009), with a few minor adaptations. The Middle English text is available online in Hahn (1995). The text ends with a poignant plea of the prisoner-author:

He is beset by many jailers who keep him secured with unjust and powerful wiles. God, very royal King, have pity and help him, for he has long been in danger and suffers strong pain; he yields his body and soul into your hand.

The author may have been imprisoned for debt. In early-modern England, imprisonment of men for debt was far more prevalent than criminal imprisonment.

Medieval scholars have debated strongly the extent of comedy in The Wedding of Sir Gawain and Dame Ragnell. For discussion and a contribution, Niebrzydowski (2010). The comedy in relation to men hasn’t been adequately appreciated.

[image] Loathly lady / old crone from Snow White. Thanks to Laceyalyssa for making the source for this image available under a Creative Commons Attribution-Noncommercial-Share Alike 3.0 License.