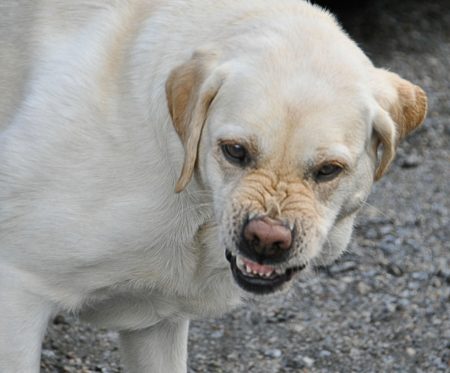 In a twelfth-century Byzantine romance, Rhodanthe and Dosikles were passionately in love. Each was enthralled with the other’s beauty. Only a few weeks before Rhodanthe was to marry another, Dosikles with armed friends abducted her and carried her off across the sea. Bride abduction, even if consensual, was an offense incurring the death penalty for the man.[1] Rhodanthe praised Dosikles’s decisive amorous action:

Fare you well, brigands who practise sound brigandage
and who have carried out my own wishes,
kindly practitioners of a kindly abduction,
excellent despots in an excellent despotism. [2]

Despite not being formally married to Dosikles, Rhodanthe called him husband. Dosikles in turn regarded himself as eternally bound to Rhodanthe and preferred death to being separated from her.

The Byzantine romance of Rhodanthe and Dosikles isn’t just a romantic fairy tale. No flesh-and-blood human, not even a woman, is wonderfully perfect. With the pioneering literary realism of Theodore Prodromos, Rhodanthe occasionally showed that she could be a back-biting bitch.

Consider Rhodanthe’s words at a banquet celebrating the return of a long-lost son thought to be dead. Dosikles had also suffered through a long ordeal of captivity and mortal dangers. He returned with the long-lost son to the parental home in Cyprus. Rhodanthe was there serving as a slave, unrecognized by Dosikles. Addressing Dosikles’s good friend, who also didn’t recognize her, Rhodanthe particularly harshly attacked Dosikles:

I would never have suspected (the gods are my witnesses) that you
would not have recognized Rhodanthe, standing thus before you,
and Dosikles even more than you.
He swore that he had engraved my appearance
in the very tablet of his heart;
for his sake I dwell in Cyprus with a slave’s fate,
and he knows what country I abandoned,
what house, what wealth, what parents,
even if he now pretends not to know me when he looks at me.

Rhodanthe didn’t merely criticize Dosikles for obtuseness in not recognizing her. She claimed, without good reason, that he was pretending not to know her. Rhodanthe spoke with bad faith and remarkable meanness, especially within the context of a joyful reunion.

Rhodanthe isn’t just a figure showing gender neutrality in the mean character of the elder son in the biblical parable of the prodigal son. Rhodanthe engaged in even more vicious back-biting toward her beloved Dosikles. At the reunion banquet, the host’s daughter Myrilla fell in love with the beautiful Dosikles. Myrilla out of envy attempted to poison Rhodanthe. For Rhodanthe to remain in close quarters with Myrilla was obviously dangerous. Rhodanthe implored Dosikles to flee hastily with her:

Do you not know whence and for what reason
came the cup of poison given to me
and through which my circulation was paralysed?
Were you not able to perceive the plot against us,
the machinations of a jealous heart?
Or did you notice it but perhaps support the deed
and, as if Rhodanthe had become an abomination,
preferred instead to be Myrilla’s bridegroom?
If this is so, be united with your beloved
and let Rhodanthe take death as her bridegroom.

Without any justification whatsoever, Rhodanthe accused Dosikles of being in love with Myrilla. Even worse, she accused him of supporting Myrilla’s attempt to poison her. That’s like a crazy, psycho woman.

For what favour is it, most evil robber Gobryas
(for see, I address my words to you,
even if you are far from us, most savage creature),
if you tear me away from my own maiden
and give me another’s as a gift?
You slaughter me bitterly and you announce a marriage.
What has a marriage to do with those who are about to die?
Grant one favour alone to Dosikles:
do not tear him accursedly away from Rhodanthe.

may I be kept pure and preserved either for you
or for the sword, but not for Gobryas.
But I have no little fear in your connection
that, united with Mistylos’ daughter,
you may have not the least concern for a prisoner {Rhodanthe}. [3]

Women are capable of being vicious, back-biting bitches, even to their beloveds. Many women show no concern about men’s lack of reproductive rights, enormous anti-men sex discrimination in child custody and child support rulings, much greater violence against men than violence against women, and criminal justice systems that vastly disproportionately imprison men. Yet many men similarly show no concern about these issues. Flesh-and-blood women are no better in loving than are men.

[1] Bride abduction (bridal capture) has existed throughout history and across cultures as a highly ritualized and socially sanctioned, if not required, practice. See note [2] in my post on the Sabine women. Under Constantine the Great’s edict of 326 GC (CTh 9.24.1), bride abduction was declared a crime that subjected the man and the woman, if she had been openly willing, to the death penalty. Marriage between the abductor and the abducted was outlawed. Showing historically prevalent anti-men discrimination in criminal justice, Justinian’s civil code of 533 GC excluded women from the death penalty for consensual participation in a bride abduction. Burton (2000) pp. 380-1. Rhodanthe and Dosikles differs from all surviving ancient Greek novels in having the hero (Dosikles) participate in an abduction. Id. p. 377.

Burton insists that Dosikles engaged in “violent, non-consensual abduction” of Rhodanthe. She quotes (twice!) her tendentious translation of words of Dosikles to Rhodanthe:

You have coercion as your pretext for the flight.
Address Dosikles insultingly as a pirate,
a villain, and a robber, since he stole you,
for yes, I used violence by pirate custom
and forcibly snatched Rhodanthe away.

You have an overwhelming reason for your flight;
he {Rhodanthe’s father} addressed Dosikles insultingly,
calling him a brigand, a violator, abductor, a thief who stole you;
for yes, I had acted violently using the rules of brigandage,
yes, I abducted Rhodanthe by force.

See, I am here before you, beat me, punish me,
consume my flesh, take your fill of my blood.
The thief, the brigand is in your hands; bind my feet,
contrive every torture — except one.
Do not take Rhodanthe from me.

The most specific description of Dosikles’s action in abducting Rhodanthe is this:

So, on my own and finding the girl on her own,
picking her up from the ground and taking her in my arms,
I went down to the sea with all speed

Rhodanthe and Dosikles 2.449-51, trans. Jeffreys (2012) p. 49. That doesn’t clearly describe a “violent, non-consensual abduction.” Rhodanthe herself explained that Dosikles didn’t need Eros as an accomplice in her abduction because he was so handsome:

Id. 7.242-3, trans. Jeffreys (2012) p. 118. With appreciation for the diverse cultural practices associated with bridal “abduction,” one can well imagine Dosikles taking Rhodanthe in his arms as a consensual, loving, and daring act. The novel on the whole makes clear that, after this act, Rhodanthe and Dosikles loved each other deeply in a realistically flawed human relationship.

[2] Theodore Prodromos, Rhodanthe and Dosikles 3.475-8, from Atticizing Greek trans. Jeffreys (2012) p. 50. For brief background on Prodromos and this novel, see note [1] to my post on Kratandros and Chrysochroe.

[3] Rhodanthe both implored Dosikles to save her as a damsel in distress, and blamed him for destroying her:

save, Dosikles, your dear maiden,
rescue me from the robberly brute.
You have destroyed me; make haste, indeed I am ruined.

Other twelfth-century Byzantine novels include biting put-downs from women to their beloveds. In Hysmine and Hysminias, Hysmine states that Hysminias’s father will find another woman for him to marry:

And you will make the wedding sacrifices, quite forgetting me, your dear Hysmine, and our passionate kisses and our other embraces, which we have enjoyed in vain as if in our dreams.

Charikles, my husband in name only,
you are now asleep in some corner of the prison
without the slightest thought in your mind for Drosilla,
but, as a result of your evil situation, you have forgotten
both the pledge willingly exchanged between us
and the god who once joined me
to you, Charikles, though only by a promise.

1.290-6, trans. Jeffreys (2012) p. 360. Drosilla at least invoked extenuating circumstances (“as a result of your evil situation”) for the betrayal she imagined. That’s consistent with the redemptive dimension of the old woman Maryllis’s dance in this novel.

One thought on “Rhodanthe as back-biting bitch: the real world of Byzantine romance”