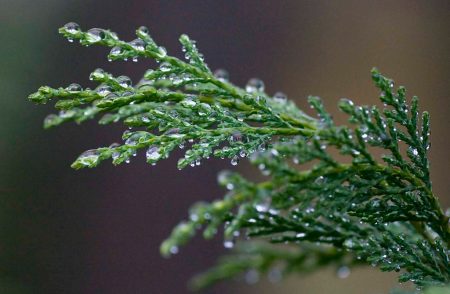 In a highly unusual twelfth-century Byzantine ethopoeia, a gardener had a fruitful garden. Among its many trees was an apple tree heavy with apples. Along with its burden, the apple tree was beautiful:

lovely, sweet to behold, sweet to eat, and sweet to smell. The apple was beautiful in every way: to see, to eat, to smell. It swayed gracefully and very seductively in the breeze; it made the gardener prosperous because it was sought out and purchased for a high price. If you saw it, you would say that you were looking at an apple tree rendered in a painting, and that Erotes were depicted picking apples and frolicking among the branches; so beautiful were the tree’s apples, that Erotes came to pick them. If you had seen this apple tree, you would have recalled Paris as judge, the goddesses quarreling about their beauty, and an apple being awarded to Aphrodite and bringing the judge abundant returns. [1]

The garden also included fig trees. They were:

sweet-fruited and bore beehives for their fruit, for the gaping fig flowed with honey and all but smiled at onlookers, and whoever was shopping for fruit and saw the fig would buy it, after pronouncing the farmer blessed in his good fortune.

The descriptions of the apple and fig trees allude to sex. The forbidden fruit of Eden was figured as an apple in the Latin-Christian culture and a fig in the Greco-Judaic culture. Erotes in Greek mythology are winged gods associated with love and sex. The word for fig in ancient Greek was also used to refer to a woman’s genitals. In the erotically charged twelfth-century Byzantine novel Hysmine and Hysminias, Hysmine’s mouth producing kisses is figured as a bee-hive yielding honey.[2] Mixed into the sexual imagery are references to commercial transactions. These may allude to men having to labor for love and men having to pay for sex.

when my eyes greedily desired more and more, when my profit-loving character sought what I did not possess, when I believed what I anticipated was better than what I had, I spied a flourishing cypress tree.

In ancient Greek myth, the cypress tree is associated with grief, death, and the underworld. Yet in twelfth-century Byzantium, the cypress also figured bodily beauty. For example, in Hysmine and Hysminias, after Hysmine flirts with Hysminias, he observed:

Hysmine, you were to me the high-branching cypress which I planted in the midst of my soul, cherishing it with maidenly dew and all other good things; but a hurricane blasting from Eurykomis tore you up by the roots.

I devoted my full gaze, my whole heart, the entirety of my very soul to this cypress tree alone, preferring some empty hopes to what I already possessed.

The cypress had sexual allure not only in the spring, but through all seasons:

The Zephyr blew quite sweetly and gently in the springtime, and this cypress tree appeared to run riot, like some maiden excited by Love. I was observing the tree’s upward growth; I stood gaping, watching intently. I, the cultivator, was a lover, I, the gardener, a captive of the tree. It was the season of spring: the plants flourished, and the cypress bloomed as well. Spring passed, and blooms were transformed into fruit. But while the others trees bore fruit, the lovely cypress lost its flowers. The winter season arrived; the trees dropped their leaves, cast off completely all their adornment and, as with hair, were shorn of their locks of leaves. But the cypress kept its locks, and in the midst of the meadow it thrived without change. In spring, the cypress flourished; in summer, the cypress thrived; in winter, when plants wither and are as though dead, stricken by the cold, the cypress was still a cypress, fully displaying spring in its leaves and the rest of its growth. I rejoiced as I looked upon the tree; I watched it, with its lofty foliage; I watched it ascending skyward [4]

The perennially beautiful cypress lacked the force of inner beauty:

I waited for the fruit that would be worthy of so many charms. But these were empty hopes, contrary dreams, and now, as in the proverb, I discover my treasures to be ashes. As the fruit of my labors on behalf of the cypress, I harvest my tears, and since I did not pour a libation to Prometheus {Forethought}, I am now intimately joined with Epimetheus {Afterthought}. All of my water went to irrigate the cypress, while the rest of the trees are faint from thirst, have all but wasted away, and accuse their gardener of injustice, because they were not tended like this barren cypress. [5]

This highly unusual Byzantine ethopoeia ends with a moralization:

I have been led astray by the flourishing of the tree; I have been stripped of my vision by its orderly form; I stored away empty hopes because it was so upright, and now, after gratifying my eyes, I have wasted away. If, then, a gardener too, just like the rather simpleminded fishermen, will come to his senses after being struck, I will divert the water to the vegetables, care for the plants, clean out the channels, and tend to the trees that have suffered affliction, having bid farewell to the cypress and its upward growth. Even if it shoots straight upright, even if it is elegant, I will set against this its barrenness and most fittingly utter the maxim, “I would not buy at any price a red-blooded man who hugs mere empty hope for warmth.” [6]

Unlike other, less alluring trees, the beautiful cypress was barren. Perennial beauty is illusory. Beauty that doesn’t bear fruit isn’t profitable. Like the cypress, such beauty is associated with grief and death.

The concluding maxim isn’t unlettered folk wisdom, It’s a quotation from Sophocles’s tragedy Ajax. The great Greek warrior Ajax, deluded by Athena, mistakenly massacred herdsmen and cattle. He then in shame committed suicide and deprived his son of a father. That’s a masculine equivalent of feminine barrenness. 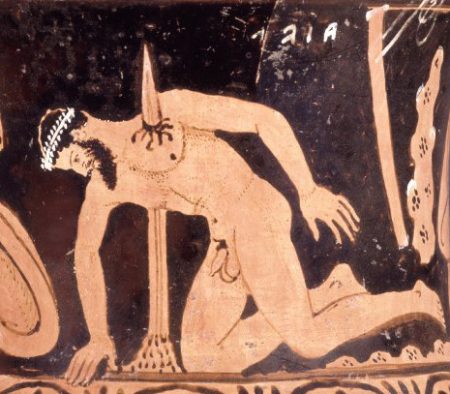 [1] Nikephoros Basilakes, Progymnasmata Ethopoeiae 26 (“What a gardener would say when, after tending his garden and transplanting a cypress tree in the hope that it would bear fruit, he was disappointed in his hopes”), from Greek trans. Beneker & Gibson (2016) pp. 315, 317 (Greek on facing pages). Beneker and Gibson observed:

This exercise is unique in this collection for not taking an episode from scripture or classical literature as its theme.

[4] The reference to the cypress keeping its locks alludes to men’s preference for women with long hair. See my post on Paul and Thecla, note [5] and associated text.

[5] According to Hesiod’s Works and Days, Epimetheus ignored his brother Prometheus’s advice and accepted from the gods a gift of Pandora. She appeared to be a beautiful woman, but brought men hardship and disease. Beneker & Gibson (2016) p. 381. Pandora provides a thematic antecedent to the cypress. Pandora, however is a figure of men’s sexed protest, while the cypress isn’t.

[6] The concluding line in Beneker & Gibson’s translation is:

I would not buy at any price a man who is inspired by empty hopes.

Myself, I wouldn’t give a penny for the man
who hugs mere empty hope for warmth.

Greek text from Finglass (2011), p. 96; English trans. Taplin (2015) p. 104. The Greek term βρότος can mean “blood that has run from a wound, gore.” Hence, for that term in Basilakes’s particular context, “red-blooded man” seems to me a better translation than “man.” The translation above for the quote from Sophocles I’ve made drawing from the translations of Beneker & Gibson and Taplin. The reference to buying a man makes sense in Basilakes’s context of love correlated with commercial value.