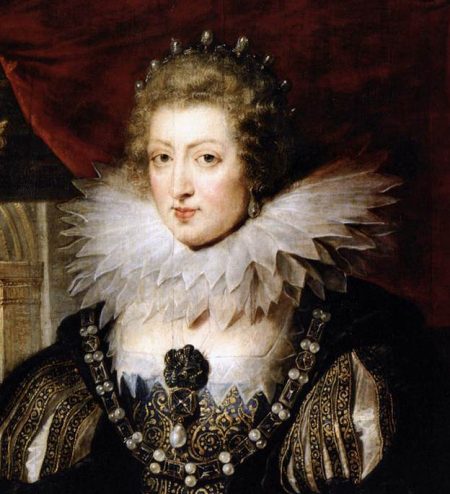 Wynnere and Wastoure {Winner and Waster}, an alliterative Middle English poem written in the 1350s, features the personifications Winner and Waster in debate. Their debate encompasses husbands’ gender subordination to their wives under the delusions of courtly love. In the Middle Ages, shrewd men recognized that gyno-idolatry is not only a sin, but also a waste.

Winner pitied those men who, like Waster, allowed their wives to dictate their spending. The situation hints of domestic violence against husbands:

“Now,” said Winner to Waster, “I wonder in my heart
at these poor, penniless men that buy precious furs,
saddles of silk, circled with sumptuous rings,
lest they anger their wives, whose wills they must follow.
You sell wood after wood in only a short time,
both the oak and the ash, and all that grows there.
…
Now it is auctioned and sold — my sorrow is greater —
and wasted all willfully, to please your wives.”

Husbands spending excessively according to their wives’ orders benefits no one. Wives become ridiculous-looking, and husband don’t get more sexual satisfaction:

Those that had been lords in land had noble ladies.
Now they are foolish gals of the new fashion, so nicely attired,
with broad, drooping sleeves hanging down to the ground,
overlayed and underlined with ermine on every side.
It is as hard, I swear, to give them good handle in the dark
as to a innocent, simple wench that never wore silk.

{ That are had lordes in londe and ladyes riche,
Now are thay nysottes of the new gett, so nysely attyred,
With side slabbande sleves, sleght to the grounde,
Ourlede all umbtourne with ermyn aboute,
That es as harde, as I hope, to handil in the derne,
Als a cely symple wenche that never silke wroghte. }

Men who attempt to buy women’s favor gain women’s contempt and increase their own risk of death. The woman-pleaser Waster objected to Winner’s truthful analysis:

It sits well for a man to provide for his beloved,
to follow her wishes to win her heart.
Then she will love him truly, like her own life,
make him bold and eager to smite with his sword,
to shun disgrace and shame where men are gathered.

{ It lyes wele for a lede his leman to fynde,
Aftir hir faire chere to forthir hir herte.
Then will scho love hym lelely as hir lyfe one,
Make hym bolde and bown with brandes to smytte,
To schonn schenchipe and schame ther schalkes ere gadird }

Women don’t love men for giving them stuff and being their lackeys. Women use certain men to get stuff. Women love charming jerk-boys. Study medieval women’s love poetry if you are ignorant. And men, value your own life. Women, particularly beloved women, are highly capable of inciting men to violence. Just say no to violence against men. Be confident in the knowledge that your masculinity is intrinsically glorious.[3] Make love, not war.

[3] The Parlement of the Thre Ages, ll. 246-9, describes the experience of a man whose glorious masculinity was appreciated:

And then returned to the court that I came from,
with ladies fully lovely to embrace in my arms,
and to clasp them and kiss them and comfort my heart,
and then to dance with dear damsels in their chambers.

Old English text from Ginsberg (1992), my modern English translation. The Parlement of the Thre Ages was authored in the second half of the fourteenth century. It, along with Wynnere and Wastoure, are the last two items in British Library, Additional MS 31042. Ginsberg (1992), introduction.

[image] Portrait (excerpt) of Anne of Austria, Regent of France, 1643 to 1651. Copy of a lost painting by Peter Paul Rubens. Preserved under accession # INV 1794 in Louvre Museum, Paris. Via Web Gallery of Art and Wikimedia Commons. According to Wikipedia, “She {Anne of Austria} never lost her love for magnificent jewellery, and she especially loved bracelets, which emphasized her famously beautiful hands.”

Ginsberg, Warren, ed. 1992. Wynnere and Wastoure ; and, the Parlement of the thre ages. Kalamazoo, Mich: Published for TEAMS by Medieval Institute Publications.

Smith, Julia Llewellyn. 2014. “Womenomics: why women are the future of our economy.” The Telegraph (UK newspaper). April 27, online.

One thought on “Wynnere and Wastoure: reject gender subordination to be a winner”