In twelfth-century France, Niobe was destroying Walter. She was draining his purse and driving him sexually insane:

When I offer Niobe money,
I’m afforded the right to unlock her entrance.
If I come showing reverence for Love,
but nothing render, I’m locked out.
I push in nowhere.
If I pour out my entreaties,
I benefit as much as by pounding air.
From now on,
I won’t bang her box,
for I can’t wish a whore into a wife.

To top such great distress,
my groin’s requirement has now drained my sack.
The threat of that tumultuous tempest
has made me a ridiculous man.
After just a little longer,
I’ll be forced into shackles
unless I give a little to her voracious gullet.
Already my knob
and the length of my purse
have gone down the wildcat’s gaping throat.

A troubled man is often told to get a grip on himself. But as Walter seems to have understood, simply getting a grip on oneself is draining and not satisfying. Men, who are fully human beings, crave intimate union with women. They should not suffer economic exploitation while engaging in heterosexual relations. 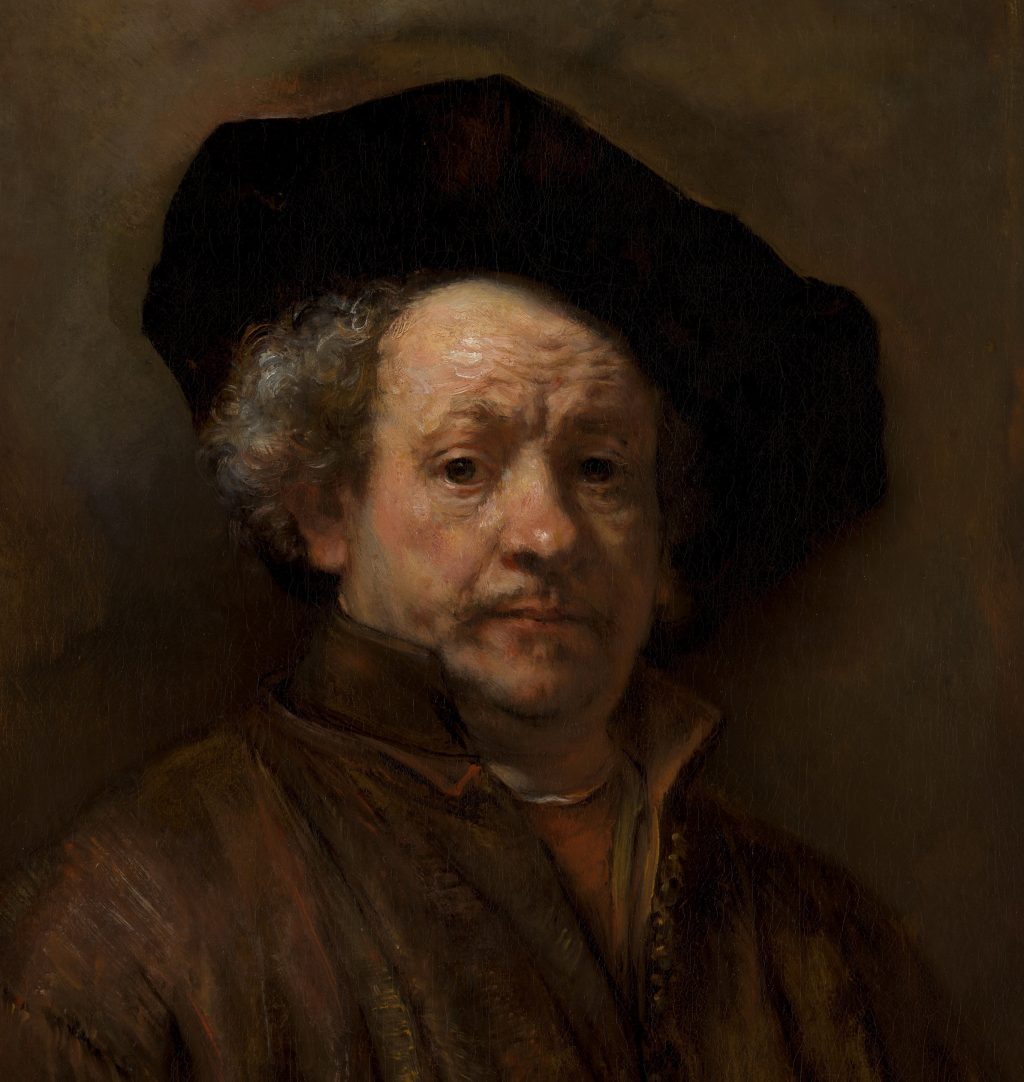 In response to the structural gender injustices that men suffer, some men retreat into defeatism and disengagement. About two thousand years ago, discussing a man’s funeral, another man said:

The mourning party was great, for he’d freed several slaves, but his widow was grudging with her tears, as if he weren’t the best of husbands! But a woman as a woman is a bird of prey. One should never do no good to none of them. It’s like throwing all you’ve got down a well. Yup, an old love is like a tumor.

Not all women are like that. A Byzantine woman in war-torn tenth-century Italy bravely intervened to save her husband from being castrated. The trobairitz Castelloza in thirteenth-century Occitania spoke out against anti-men gender inequality in love. Saint Eugenia and Saint Marina exposed the injustice of false rape accusations against men. Heloise compassionately urged Abelard not to get married. And of course, Penelope remained faithful to Odysseus through his long absence.

Bitter from women’s mistreatment of them, some men become cynical. In thirteenth-century Occitania, Peire Cardenal declared:

I never won anything so great
as when I lost my mistress:
for, losing her, I won myself back
when she had won me over.
He wins little who loses himself,
but if one loses that which does one harm,
then I think it’s a gain.
For I had given myself in faith
to one who was destroying me,
I know not why.

Giving myself, at her mercy I put myself.
My heart and my life
were hers, who cast me aside and abandoned me
and changed me for another.
He who gives more than he keeps
and loves another more than himself
chooses a bad deal.
He has no care nor thought for himself,
and he forgets himself
for what doesn’t profit him.

I take my leave of her for ever
so that I may never more be hers,
for at no time I found in her fairness or faith,
only guile and deceit.
Ah! Sweetness full of venom,
how love blinds the seeing man
and leads him astray
when he loves that which ill benefits him
and that which he ought to love,
he quits and distrusts.

Christians have traditionally understood love as the complete gift of self to another. Christian love involves sacrifice of self. Christian love imitates Jesus coming to die on the cross to redeem humanity from iniquity. The passion of Jesus colors the meaning of passion for Christians in love.[4] Peire instead adopted the self-benefit model of love so prevalent today:

He who gives more than he keeps
and loves another more than himself
chooses a bad deal.

Never will my mistress possess me
if I have not possessed her;
nor will she ever have joy from me
if I had not joy from her.
I’ve made a decision, good and sure:
I’ll treat her as she treats me.
Then if she deceives me
she’ll find me a deceiver,
and if she goes straight for me,
for her I won’t make it rocky.
…
With a loyal mistress it’s required
that one be a loyal lover;
but with her who would be
relying on deception,
then one should deceive, with reason for that.

Meninism, a progressive ideology of gender equality, asserts that women should treat men as they would like men to treat them. Peire favors a more conservative stance: “I’ll treat her as she treats me {Farai-li segon que’m farà}.” Both positions are consistent with gender equality in a social equilibrium.

Peire’s mistress ultimately got the lover she deserved. As Peire observed, women tend to favor jerks and bad boys for love: “the clown, the felon, and the trickster {li fòl e.l felon, e.l moyssart}.”[5] His mistress’s new lover played her along those lines, while preserving his own interests. Peire explained:

So I was pleased when it happened
that I found her with one who deceives her,
who guards himself and his honor
from harm and folly
and keeps her on a tight rein.

Peire learned too late to be such a man to succeed in love as the women around him practiced it. Even some men in medieval Europe lacked sufficient knowledge of medieval Latin literature.

One might question the sincerity of Peire’s commitment to gender equality in love. Men commonly slide into gyno-idolatry. In practice, many men will do whatever women want them to do. Peire, however, told a fable about a world that went insane while one man took a nap. He ended this fable with a moralization:

The best sense mortals here have known
is to love God, fear Him alone
and always keep the Lord’s commands.
In our times such good sense is banned.

A reign of covetousness fell
over this world and us as well,
spreading a huge malicious pride
that preys on humans far and wide,

and if one man’s preserved by God,
it’s clear to all he’s sick or odd;
if he has sense they don’t all share,
they’ll leave him wriggling in the air.

God’s wisdom is called lunacy,
while the Lord’s friend, where’er he be,
knows they’re all mad, the whole damned horde,
who’ve lost the good sense of the Lord,

while they know he just crazy: he
refused this world’s mad sanity.

The man who took a nap could equally as well have woken up in a world in which gender equality had come to mean gender bigotry. The truly impious today are those who see the world in a more enlightened way.

[1] Walter of Châtillon, St-Omer 22, “As I seek a cure for myself {Dum queritur michi remedium},” st. 4-5, Latin text from Traill (2013) p.46, my English translation benefiting from that of id. p. 47. In conjunction with his detailed philological and metrical analysis, Traill describes this poem as a “verbal tour de force,” with a light tone and “racy puns.” Id. pp. lvii-iii. This poem is part of the Niobe cycle, St-Omer 21-3. Preceding it is “In the autumn chill {Autumnali frigore},” and following it is “As the tender breasts of spring / were nourishing the young flowers {Dum flosculum tenera / lactant ueris ubera}.” Id. pp. 42-51 (full Niobe cycle).

[2] Petronius, Satyricon 42, Latin text from Heseltine & Rouse (1913), my English translation, benefiting from that of id.

Peire Cardenal was a prolific and eminent thirtheenth-century man trobairitz. About ninety-six of his songs have survived. Press gave a tendentious and misleading summary of this canso:

rejecting the exaggerations of contemporary troubadours and reaffirming the original ideal of mutual devotion and loyalty, it neatly summarizes the poet’s concept of courtly love.

This is not love; such
has only its name and its look,
which loves no thing if it doesn’t gain.

If I would speak the truth of it,
I know well from whom comes the delusion:
from those women who love for pay,
and they are commercial whores.

“Chantars no pot gaire valer,” Occitan text from Press (1971) p. 66, my English translating, benefiting from that of id. p. 67. For alternate English translations, A.Z. Foreman and Paden & Paden (2007) pp. 74-5. Men surely deserve some blame for not insisting on equality in love with women. Peire Cardenal above condemns unequal trades, not trading per se. In short, he favors “fair trade” love.

But he gains more from love who courts
with pride and deceit
than one who every day supplicates
and goes about most humbly,
for Love scarcely wants one
who is so honest and noble as I am.
This has made nothing from all my doings,
because I was never false or tricky.

“The nightingale makes merry {Lo rossinhols s’esbaudeya},” st. 2, Occitan text from Press (1971) p. 72, my English translation benefiting from that of id. p. 73. Here’s an online Occitan text of the full song. Recognizing reality is a good beginning. One must then decide how to respond to that reality.

Kehew, Robert, ed. 2005. Lark in the Morning: the verses of the troubadours, a bilingual edition. Chicago, Ill: University of Chicago Press.