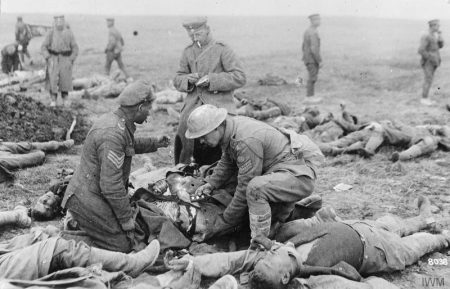 Ancient epigrams preserved in both Greek and Latin show Spartan mothers instructing their sons in violence against men. Writing about 100 GC in Greek, an author from the Roman elite recorded:

Another {Spartan mother}, as she handed her son his fighting shield, exhorted him, saying, “Either {return with} this or upon this.”

Another, as her son was going forth to war, said as she gave the shield into his hands, “This shield your father kept always safe for you; you, therefore, keep it safe, or cease to live.”

These heartless instructions were interpreted as being admirable. About 250 years later, an elite author writing in Latin echoed the first of those epigrams:

A Spartan mother, arming her son with his shield, said, “Come back either with this, or in it.”

Gynocentric society treats men as instruments to provide for and protect women and children. The radical proposition that men’s lives are no less valuable than women’s lives remains nearly inconceivable today amid absurdly false elite orthodoxy about violence against women and farces like the news reporting of the Costa Concordia sinking.

Demetrius, when your mother received you after your flight from the battle, having lost all your fine armaments, she herself immediately drove the death-dealing spear through your sturdy side and said “Die and let Sparta bear no blame. It was no fault of hers that my milk reared cowards.”

The mother killing her own son for fleeing from battle indicates a grotesque, gynocentric ideal of courage. Another epigram constructs men as being born to fight and die for their society:

Another, when her sons had run away from battle and come to her, said, “Where have you come now in your cowardly flight, vile scoundrels? Do you intend to slink in here from where you came forth?” And with these words she pulled up her garment and showed them {her vagina}.

Societies continue to expect men naturally to fight and die for societies while gynocentric ideology ever more broadly treats men with contempt and denies to them equal rights to those of women. Another epigram displays the grim humor of this folly:

One woman, observing her son coming towards her, inquired, “How fares our country?” And when he said, “All {the soldiers} have perished,” she took up a tile and, hurling it at him, killed him, saying, “And so they sent you to bear the bad news to us!”

In a prestigious modern edition, the largest section of the sayings of the Spartan women are recorded under the title “Other Spartan Women to Fame Unknown.” The phrase “to fame unknown” includes the modern editor’s inserted admiration for the Spartan mothers’ commands to their sons.[5] That editor was editing and translating about a decade after the horrendous violence against men of World War I. The phrase “to shame unknown” aptly summarizes the dominant social orientation to violence against men.

The beatings will continue until morale improves. When a country perishes, mothers ultimately will perish with it. Men’s equal human dignity should be respected as a matter of human rights. If that is inconceivable amid socially constructed ignorance and anti-men bigotry, women out of their own narrow self-interest should use men more compassionately if they want to preserve their own lives.

Plutarch was an admirer of the old Spartan virtues, and it seems altogether probable that the collection of sayings of Spartans was made by him as literary material for use in his writing, as he tells us was his custom (Moralia, 457d and 464 f), and many of the sayings are actually found incorporated in his other works. That he did not use all the material which he had accumulated is no more than is to be expected from a discriminating author. … The ms. tradition of these Spartan sayings is in sad confusion. The Spartans spoke in the Doric dialect, yet according to the ms. tradition of Plutarch they spoke sometimes Doric, more often Attic, and occasionally used Aeolic forms! … The explanation probably is that Plutarch copied these anecdotes as he found them in the books from which he made his excerpts. Xenophon, for example, or Thucydides seldom uses Doric, but represents the Spartans as speaking Attic, as frankly as Herodotus or Aeschylus represents the Persians as speaking Greek.

[2] Ausonius, Epigrams, from Latin trans. Kay (2001) p. 129 (epigram 25). Id. p. 46 provides the Latin text. The Latin text and a similar English translation is available in Eveyln-White (1919) vol. 2, pp. 182-3 (epigram 54). Ausonius knew Greek and included Greek phrases in some of his epigrams. A superscription to the above Latin epigram explicitly states, “translated from the Greek.” The superscription also declares, “On a brave mother.” Id. p. 182. A mother heartlessly sending her son into violence against men isn’t brave.

[5] The Greek text entitles the section only Λακαινών άδηλος (unknown Spartan women). According to Harvard University Press, “Frank Cole Babbitt (1867–1935) was the Hobart Professor of Greek Language and Literature at Trinity College, Hartford.”

11 thoughts on “against Spartan mothers: lessening violence against men”