By now the Huntress had reached Olympus heights
and made her way to the bronze-floored house of Zeus.
And down she sat on her Father’s lap, a young girl,
sobbing, her deathless robe quivering round her body.
But her Father, son of Cronus, hugged her tight
and giving a low warm laugh inquired gently,
“Who has abused you now, dear child, tell me,
who of the sons of heaven so unfeeling, cruel?
Why, it’s as if they had caught you in public,
doing something wrong ….” Wreathed in flowers
the one who halloos the hunt cried out at once,
“Your own wife, Father! The white-armed Hera beat me!
This strife, this warfare plaguing all the immortals —
Hera’s all to blame!”

Artemis sought comfort in the arms of the Father. Perhaps she had been caught behaving in public in the manner of Mary of Egypt. Could that be, she who seemed impervious to Eros and despised men gazing on her? No matter. The Father God Zeus, infinitely merciful to women, wreathed her in flowers. He hugged her tightly and gently suggested that men had abused her. This Father, a master of deceptions, knew how to seduce women.

Artemis the Huntress spent her time hunting in the woods rather than studying the liberal arts. She lacked learning in the dominant ideology and was less easily duped. She inadvertently blurted out the truth: the ruling goddess Hera viciously perpetrated domestic violence and incited war. The Father God, on his throne in the ethereal heights, laughed deep in his heart. While carrying out his many amorous affairs, he delighted in seeing female and male gods engaging in all-out conflict.

Among mortals, the gender structure of violence was less just than among the gods. The harlot Helen of Tory incited men and gods to seek to kill each other in the long and terrible Trojan War. In intense fighting, the goddess of wisdom Athena struck the god of war Ares in the neck with a huge boulder. Helen merely watched men kill other men. So it has long been in earthly violence, as if a matter of divine indifference. 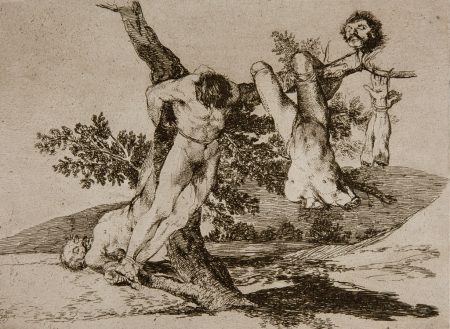 Deeply engaged in classical culture, Byzantine intellectuals pondered the Judgment of Paris and the Trojan War. An account of the bride-show for Emperor Theophilos in Constantinople in 830 alluded to these events. Theophilos’s mother instructed him to give a golden apple to the woman with whom he was most pleased. The beauty of the young, noble woman Kassia struck Theophilos. With acute awareness of the matter of Troy, he said to her:

Through a woman the common evils flowed.

And also through a woman superior things well up.

Utterly shocked by what Kassia said, Theophilos passed by her and gave the golden apple to another woman. Kassia used the present tense in describing a woman’s effect. Superior things cannot begin in merely recalling the events of ancient Greek epic.[3]

A highly learned woman and a leader of a convent, Kassia reformed classical culture and repented women’s role in violence against men. Among Kassia’s maxims:

I hate the one who does everything for the sake of vainglory.

It is better to be defeated than to win unfairly.

It is better to possess grace from the Lord,
than beauty and wealth that does not gain grace.

Ancient Greek men competed for glory and strove to be heroes. Kassia hated classical men heroes. Drawing upon the celebrating cunning of Odysseus, the Greeks defeated the Trojans with the trick of the Trojan horse. Within Kassia’s values, it would have been better for the Greeks to have been defeated. While Kassia recognized that a woman’s bodily beauty provides consolation, she regarded that beauty as less important than a woman being an instrument of grace from the Lord.

Most importantly, Kassia utterly re-figured the relation of women to God. Invoking terms from classical Greek tragedy — woe to me (Οἴµοι) and lamentations of my heart (στεναγµοὺς τῆς καρδίας) — she recognized women’s culpability in the tragic fate of men. She recognized that women, like men, cause harm through desire for wrongful behavior (ἔρως τῆς ἁµαρτίας). She appreciated a man’s sacrifice for her, to the extent of his giving up his life for her. With specific acts of love, the woman repents of her behavior that has caused so much harm to men. Rejecting the privilege of special paternal solicitude for women, she humbly appeals for mercy in the judgment of God.[5]

Lord, the woman fallen
into many sins,
recognizing your Divinity,
rises to the status of myrrh-bearer,
and mourning brings to you myrrh
before your burial.
Woe to me, she says,
for night holds for me
the ecstasy of intemperance
gloomy and moonless,
a desire for sin.
Accept the springs of my tears,
you who with clouds spread out
the water of the sea:
bend down to me
to the lamentations of my heart,
You who made the heavens incline
by your ineffable humiliation.
I will tenderly kiss your sacred feet,
I will wipe them again
with the hair of my head;
the feet whose sound
Eve heard in Paradise
in the afternoon,
and hid in fear;
who can delineate
the multitude of my sins
and the depths of your judgment,
my Redeemer, savior of souls?
Do not disregard me, your servant,
you whose mercy is infinite.

An alternate text for the exchange between Theophilos and Kassia is:

[3] Scholars have facilely associated the couplet with the contrasting figures of Eve and Mary, the mother of Jesus:

In the dialogue Theophilos refers to the story of the Fall in the Old Testament. Kassia, on the other hand, reminds him of the incarnation through the Virgin Mary, and thus reveals his primitive state of mind.

Rydén (1985) p. 188. “The references, quoted in verse, are of course to Eve and the Virgin.” Treadgold (2004) p. 43. From a Byzantine perspective, the incarnation through the Virgin Mary was a specific event in history and would invoke the past tense. Cf. the rationalizing effort of Silvas (2004) p. 21, n. 10. Moreover, there’s no apple, no less a golden one, nor a beauty contest in the Genesis account of the serpent seducing the innocent Eve. The matter of the Trojan War deeply infused learned Byzantine culture. The Judgment of Paris and Kassia’s troparion on the woman’s repentance are the most relevant contexts for interpreting the dialogue.

[5] Literary scholarship, along with culture in general, has tended to obscure men’s distinctive gendered being. One result has been terrible misunderstandings. Consider, for example, the obfuscation of men’s being in an influential interpretation of Kassia’s troparion on the fallen woman:

the individual expectation of salvation becomes extended to all mankind; the specific vice is blurred, and Mary’s cry of the heart is the expression of everyman’s {sic} psychological suffering: I am a sinner but God is merciful.

[6] Kassia, “Κύριε, ἡ ἐν πολλαῖς ἁµαρτίαις” (“The Fallen Woman”) sticheron idiomelon sung presently in Orthodox liturgy for Holy Wednesday, Greek text and English translation from Zugravu (2013) p. 234, following Tripolitis (1992). Here’s an easily accessible online Greek text, an alternate English translation, and performed versions in Greek and in English. Kassia’s tetraodion on Holy Saturday was still in liturgical use in the Eastern Church in the first half of the fourteenth century. Simic (2014).

McLees, Nectaria Mother. 2011. “Byzantine Bride-Shows and the Restoration of Icons: A Tale of Four Iconophile Empresses.” Road to Emmaus 51:34-69.

Tripolitis, Antonia, ed. and trans. 1992. Kassia: the legend, the woman, and her work. New York: Garland.

Zugravu, Gheorghita. 2013. Kassia the Melodist. And the Making of a Byzantine Hymnographer. Thesis (Ph.D.) — Columbia University, 2013.