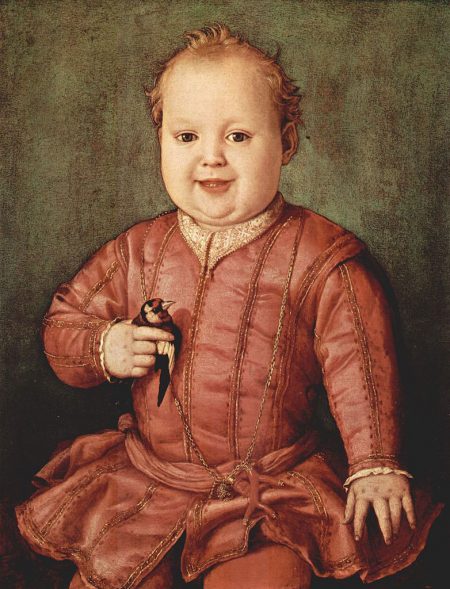 Walter of Vladslo’s wife deceived him by switching infants. Galbert of Bruges reported:

The death of a child at childbirth would be for most parents a time of intense grief. Walter’s wife at such a time covertly engaged in a commercial transaction of baby-buying. She induced a shoemaker’s wife to be similarly mercenary in giving up her child for money. Both their husbands surely would have been horrified if they had known that they were married to such heartless women. Yet the forces of gynocentrism tend to suppress accounts of women’s bad behavior via name-calling and attempted shaming of those who describe and condemn such behavior. Women effectively are socially constructed as wonderful beings.[2] Men must turn to marginalized literature to encounter appreciation for women’s full humanity.

The cuckolding of Walter became the basis for a political alliance. Provost Bertulf was a leading member of the wealthy and powerful Erembald family of Flanders. Walter and Provost Bertulf allied themselves through marriage with Walter’s mis-attributed son and Bertulf’s niece. Galbert recounted:

When this stolen and adopted son had grown up and everyone believed him to be truly Walter’s son, the provost came along and married his niece, the daughter of his brother’s son, to the stolen son so that thanks to this marriage they would stand together more firmly in all circumstances, would be more daring, stronger, more powerful.

Galbert’s reference to the son as “stolen” apparently refers to the shoemaker having his son stolen from him from through his wife’s baby-selling. Galbert obviously and rightly condemned the behavior of the shoemaker’s wife. When Galbert referred to the political alliance constructed on deception as making the parties “more daring, stronger, more powerful,” he was negatively foreshadowing their subsequent evil acts.

Bertulf, with Walter’s support, participated in the betrayal and murder of the Flemish ruler Count Charles the Good. As his name suggests, Charles the Good was generally a well-regarded ruler of Flanders. Charles prompted his murder by seeking to reduce the power of the Erembalds. The Erembalds along with others arranged for knights to attack Charles while he knelt at prayer in church. They hacked him to death with broadswords. Walter initially aided the conspiracy’s leaders to escape. Yet Walter also helped to besiege a castle into which some conspirators fled. Bertulf ultimately was executed for this role in Charles’s murder.[3] No one dared punish Walter. Yet according to Galbert, God subsequently punished Walter by having him fall from his horse and die a slow death.

Walter’s wife further punished him with a postmortem humiliation and betrayal. Galbert explained:

After Walter’s death, his wife confessed publicly that the boy, to whom Walter had given to some burgher as surety for three hundred pounds, was not his true son but was adopted.

Walter of Vladso’s wife cuckolded him in an unusual way. But the purchase or rental of an infant to replace a dead one is attested in at least two other eleventh- and twelfth-century documentary sources. Rider (2001) p. 291, n. 57. The more typical approach to cuckolding a man is for a woman to have sex covertly with another man and then attribute the pregnancy to her primary partner. The woman herself may not know who is the actual biological father, but she certainly knows that the father might not be her primary partner.

[2] Walter’s cuckolding wife is thus honored as a woman “with plenty of enterprise, self-interest, and sheer nerve … this astonishing woman.” She undoubtedly deserves to be memorialized in the history of “ambitious, tough-minded, daring women.” Partner (2009) pp. 120-1.

Galbert of Bruges and most of today’s academics have rather different approaches to recording history. Partner observed:

There is no pure recording, for us (secular, feminist, postmodern as we mostly are) anymore than for a twelfth-century notary (religious, patriarchal, premodern as he {Galbert} mostly was).

Is it fair to speak of misogyny, or is Galbert no more misogynistic than other medieval writers?

Häcker (2009) p. 144. Unthinking ignorance of injustices against men is pervasive in current intellectual life, quite clearly, but academics functioning as apparatchiki for the dominant ideology cling to their bureaucratic ideals while public reason collapses and civilized life is gravely threatened. Cf. Partner (2009) p. 114.

The story, as it is told by Galbert, does not seem credible. Why should this woman admit to having deceived her late husband without any apparent reason for such a postmortem confession?

The original child-swap was organized by the noblewoman and the cobbler’s wife .. the one so that she could secure the male heir so necessary for every landed family, and the other, one supposes, so that she could smuggle her child into high rank and wealth.

Partner (2009) p. 120. With respect to the postmortem revelation of Walter’s wife that she cuckolded him:

Plausible speculation comes easily: (1) Walter of Vladslo died surrounded by dangerous suspicions in a volatile political climate; (2) he had left his wife connected to the criminal and disgraced family of Bertulf through her “son,” and (3) this “son” was his father’s heir, but might well go down in the general disgrace of his wife’s kin. None of this was advantageous for the widow. So it looks like she decided to cut her losses, publicly disavow her blood tie to the “son” married into the Bertulf clan, and disinherit him at the same time.

Id. p. 121. Devaluing the burgher’s surety would be additional motivation.

[image] Giovanni de’ Medici as a Child. Painting (tempera on panel) that Bronzino made in 1545. Held in Uffizi Gallery (Italy). Thanks to the Yorck Project and Wikimedia Commons.