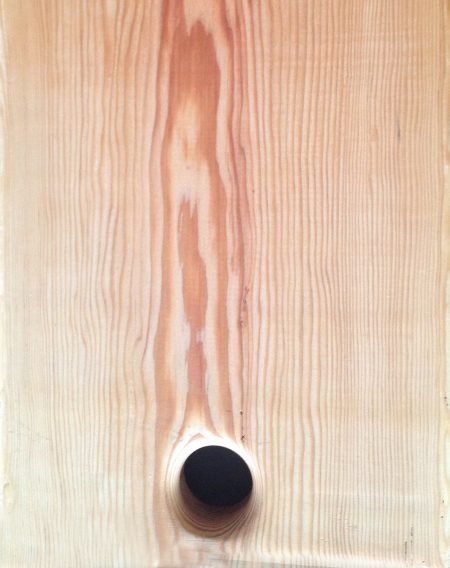 Taking upon themselves a crushing burden of performance, husbands typically strive to support their wives’ sexual well-being. Especially with today’s ideal of woman-on-top, husbands feeling the weight of their responsibilities need helpful resources. The following two case studies can help husbands to understand how to do what they must do. Men with courage and endurance have worked strenuous jobs throughout history. Men today should have confidence that, with even just a minimal amount of encouragement, they can do likewise.

The first case study is about a medieval man earning a meager living ferrying persons across a river in his small boat. At the end of a long day in which he had found no customers, one appeared. The ferryman carried him across the river and sought his carriage fee. The man said that he had no money. The man offered instead advice:

“Never,” he said, “transport anyone else unless your fee has been received in advance; and never tell your wife that anyone has a larger penis than you have.”

That’s advice that no man should need. Yet, through faulty education and poor role models, many men today lack such basic wisdom.

The ferryman lacked respect for learning. When he arrived home, his wife pressed him about his earnings. He acknowledged that he had earned nothing. He didn’t ask her in turn how much she had earned. Instead, he told her the advice that he had received:

When the woman heard about the genitals, she asked: “Is is possible, my dear husband, that they’re not all the same size?”

The husband had learned nothing from carrying the passenger without being paid. Wrongly understanding the medieval ideal of conjugal partnership, he responded to his wife as he would to a good male friend:

“Bah!” he responded, “Great are the differences among us. Actually, our priest exceeds all of us by almost half,” and he extended his arms to describe the length.

She immediately burned with desire for the priest, and she didn’t cease until she had experientially verified what her husband had said.

The second case study concerns Guglielmo. He was a carpenter in the Italian town of Terranuova early in the fifteenth century. Guglielmo had a beautiful penis as large as that of Priapus.[2] His wife told her female neighbors about her husband’s great endowment. After she died, Guglielmo married a young, simple woman named Antonia. She had heard gossip of her husband’s “manly spear {viri telum}”. That gossip initially caused distance in their relationship:

The first night she slept with her husband, she, trembling, refused to embrace her husband and would not permit sexual intercourse.

Young, simple medieval women were strong and independent enough to refuse to have sex, even with their husbands on their wedding nights. But this woman, like most other medieval women, didn’t desire a sexless marriage. Slowly rising, Guglielmo eventually felt her concern:

The man eventually perceived what was frightening the maturing woman.  In order to comfort her, he told her that what she had heard was true, but that he had two penises, a small one and a larger one. “Now not to hurt you,” he said, “I will use tonight this small one, which cannot harm you; later, the larger one, if you see fit.” Consenting, the young woman yielded to her husband, without any shrieking or any harm at all.

Men throughout history have acted with loving concern for their sexual partners. The same is true for male primates in general. While men only recently have been subject to tyrannical laws of affirmative, enthusiastic (only for women) consent, most men have always sought to have consensual sex according to a reasonable understanding and practice of consent. Such was the case with Guglielmo and his young wife Antonia.

Antonia and Guglielmo enjoyed a passionate sexual relationship as a married couple. Antonia was by no means a passive participant. She freely expressed her own sexual interests:

After a month’s time, her deeds became even freer and bolder. One night, she coaxed her husband, “My man,” she said, “if it’s pleasing, you would use that larger one for us together.”

Guglielmo had a penis that rivaled in size that of a donkey. Antonia had come to understand that, among its other functions, a penis is an instrument for giving pleasure.

Husbands’ care for their wives’ sexual well-being should encompass care for their own bodies. Men shouldn’t regard their own genitals as junk. Men should see the men-oppressing implications in figuring men’s penises like weapons such as spears. A man shouldn’t belittle his own penis or seek to acquire a longer one. Above all, men must understand that they live in an age of ignorance, anti-men bigotry, and superstition far worse than that which supported Antonia’s initial fear of her husband’s penis. Men need to cultivate an ability to respond with imaginative creativity just as Guglielmo did.

[1] Poggio Bracciolini, Facetiae 175, “Of a pauper who earned his living as a ferryman {De paupere qui navicula victum quaerebat},” Latin text from Poggio (1879) vol. 2, pp. 86-8. The quotes above provide my English translations, drawing upon that of id., but tracking the Latin more closely.  The subsequent four quotes are similarly from id.

A wife may know from her own experience that others have larger penises her husband. This can present particular problems as a result of the female gaze. Nonetheless, a husband maintaining his sexual self-esteem is vital for his wife’s sexual well-being.

[2] This story is from Poggio, Facetiae 62, “Of Guglielmo (William) who had a beautiful Priapean apparatus {De Guilhelmo qui habebat Priapeam supellectilem formosam},” Latin text from Poggio (1879) vol. 1, pp. 102-4, my English translation. The text of the story refers to Guglielmo as having a “Priapean apparatus sufficiently copious {Priapea supellectile satis copiosus}.” The subsequent quotes above are from id.

Terranuova was where in 1380 the great medieval churchman Poggio Bracciolini was born. Poggio, not surprisingly, associated his hometown with a man who had a magnificently large penis. In honor of Poggio, Terranuova in 1862 renamed itself Terranuova Bracciolini.

[3] Men who have used less literary approaches have encountered considerable pain. Consider the monk Lupo, who lived about 1400 in Piceno in a town called Jesi. He was passionately in love with a young virgin woman. She was afraid. He attempted to allay her fear:

The monk said that he would thrust his spear into a hole in a wooden board place placed between them. Then he sought out a fir board, which was very thin, and soon perforated it. He secretly went to the young woman, having placed in the hole {in the board under his vestment} his Priapus. It was still dormant. When he gently kissed the young woman and sought for the desired nourishment, his vestment began to rise. Soon his rod, so aroused by the charm of her mouth and touching of the lower parts, started to swell completely beyond the size of the hole so that it was greatly constricted. The thing was held so tightly, that it could neither go in nor out without experiencing great suffering. The expected pleasure was converted into suffering, and the monk began to scream and groan, extremely afflicted with torture.  The thoroughly-scared young woman with kisses attempted to comfort the man and push toward the desired end. But this relief of pain only increased the torment, for action that made his rod swell, more tightly constricted it.

Poggio, Facetiae 170, “Of a monk who thrust his Priapus into a hole in a board {De monacho qui misit per foramen tabulae priapum},” Latin text from Poggio (1879) vol. 1, pp. 102-4, my English translation. The monk’s penis eventually was rescued through the action of cold water.

[image] Fir board with hole. Image adapted from photo of a Douglas Fir cutting board. Jameson Fink generously released that photo on flickr under a Creative Commons By 2.0 license.

One thought on “husbands care for their wives’ sexual well-being: two case studies”