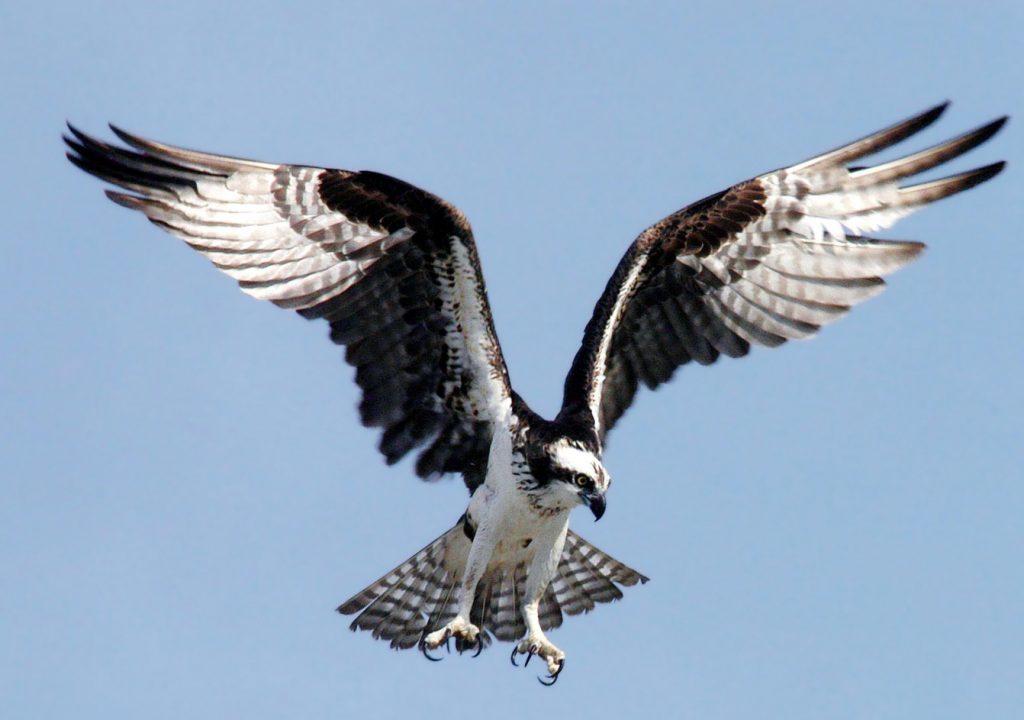 Both Homer’s Iliad and Hesiod’s Works and Days employ metaphorically a strong, violent male hawk attacking a weak, helpless, female dove or nightingale. Constructed threats to females commonly function within false gender violence stereotyping to mobilize urgent concern for females. The predominate gender structure of violence in life and literature, however, is violence against men. Both Homer and Hesiod redirected gendered bird metaphors to depict violence against men.

Toward the end of Homer’s Iliad, the great Trojan warrior Hector held his ground in front of the gates of Troy, expecting the enraged, fearsome Achaean warrior Achilles to charge towards him. Then it happened:

Hector looked up, saw him, started to tremble,
nerve gone, he could hold his ground no longer,
he left the gates behind and away he fled in fear —
and Achilles went for him, fast, sure of his speed
as the wild mountain hawk, the quickest thing on wings,
launching smoothly, swooping down on a cringing dove,
and then she flits out from under, the hawk screaming
over the quarry, plunging over and over, his fury
driving him down at her to tear his kill

Hector like a dove raced around the walls of Troy three times with the hawk Achilles in furious pursuit. Then Hector, deceived by the goddess Athena, ceased his dovish flight. He turned and stood to fight Achilles. Hector taking this socially constructed masculine position set up violence against men.[2] That’s normative violence in human societies.

Normative violence against men devalues men as a gender. After Hector failed to hurt Achilles with a spear throw, Hector realized that the goddess had deceived him. He understood that his death was near:

“So now I meet my doom. Well let me die —
but not without struggle, not without glory, no,
in some great clash of arms that even men to come
will hear of down the years!” And on that resolve
he drew the whetted sword that hung at his side,
tempered, massive, and gathering all his force
he swooped like a soaring eagle
launching down from the dark clouds to earth
to snatch some helpless lamb or trembling hare.

The male eagle or hawk drives himself to his own death. He cannot conceive of men’s inglorious position as a gender. So it was with Hector. Achilles, at advantage with the long reach of his spear, drove its point through Hector’s throat and killed him. The death-blow to the throat is telling. Gynocentric stereotype-disseminators at the commanding heights of the classics discipline speak preposterous lies about the silencing of women. No social silence is more oppressive than the silence about violence against men.

This is how the hawk addressed the colorful-necked nightingale,
carrying her high up among the clouds, grasping her with his claws,
while she wept piteously, pierced by his curved claws. He forcefully said:
“Silly bird, why are you crying out? One far superior to you is holding you.
You are going wherever I shall carry you, even if you are a singer.
I shall make you my dinner if I wish, or I shall let you go.
Stupid is he who would wish to contend against those stronger:
he will be deprived of victory and suffer pains in addition to shame.”

Among nightingales, the male, not the female, sings the nightingale’s well-known songs. The short epimythium for this gendered bird metaphor in fact places a male (“Stupid is he…”) in the position of the nightingale. Roman women could be more brutally violent than Roman men. According to eminent ancient Greek playwrights, Greek women behaved similarly. Sophisticated ancient Greek readers would have understood the bird gendering in the hawk fable to be merely a superficial, gynocentric stereotype.

Hesiod’s message to his readers contradicts the fable’s epimythium that the hawk declares. Hesiod as narrator describes the “might makes right” ethos as leading to societal disaster: “there will be no safeguard against evil {κακοῦ δ᾽ οὐκ ἔσσεται ἀλκή}.” Hesiod urges, “give heed to justice {σὺ δ᾽ ἄκουε Δίκης}.” When a society respects justice, that society will be spared war — institutionally structured violence against men. Moreover, in that society wives will have children that resemble their husbands: men will not be victims of reproductive fraud.[5] In stark contrast to the society of “might makes right,” the justice-respecting society will be fruitful and flourish.

The poet Hesiod associates himself with the nightingale-singer that the hawk attacks. Men vastly predominate among the victims of violence. That’s especially true in the epic violence of Homer’s Iliad. Hesiod poetically seeks to extract men from epic violence against men:

By virtue of the properties, actions, and manner of speech assigned to it, the aggressor embodies not just the value system that Hesiod will subsequently reject but also a genre of poetry (and the ethics that genre foregrounds) that prove antithetical to the larger composition in which the bird appears. … Viewed this way, the ainos {fable} forms part of an ongoing polemic within the Works and Days that compares, contrasts, and devalues martial epic and sets it against Hesiod’s current enterprise with its focus on agricultural labor, domestic arrangements, and the earth. … a hostile encounter between two birds not only configures a contrast between two ethical systems but also between the two styles and genres of poetry that articulate those values. [6]

Men deserve justice. Authors with enormous symbolic power now use men’s rights — men’s equal rights as fully human beings — as an operative label in what might fairly be called vicious, mindless libel.[7] Homer and Hesiod saw through the anti-men gender stereotyping of hawk-dove metaphors. You should, too.

O Perses, ponder this matter in your heart,
give heed to justice, and evict violence from your mind.
For among humans Cronus’s son Zeus set this law:
that fish and beasts and birds of prey
eat one another, since justice is not among them.
But to humans he has given justice, by far the best gift.
For one who recognizes justices and declares it publicly,
that one far-seeing Zeus gives blissful abundance.

Fagles’s translation obscures the female gender of the dove. Via small changes, consistent, with the Greek, I’ve included pointers to the dove’s female sex. Specifically, “and the dove flits out” I’ve changed to “and then she flits out”; and “driving him down to beak and tear his kill” I’ve changed to “driving him down at her to tear his kill.” My changes are consistent with the English translation of Murray (1925).

Fagles’s translation creates a brutalizing allusion to male sexuality. Beyond the necessary meaning of the Greek, Fagles places the hawk above the dove. In Fagles’s translation, the male hawk is “over the quarry, plunging over and over / his fury driving him down” upon the dove. That makes a brutalizing allusion to male sexuality like that in Ausonius’s Wedding Cento {Cento nuptialis}.

In Iliad 22.347, Achilles internalizes the metaphor of himself as hawk. He snarls to Hector that he desires “to carve and eat your flesh raw {ὤμ᾿ ἀποταμνόμενον κρέα ἔδμεναι}.” I use the term hawk-dove metaphor broadly to encompass the Homeric epic simile of hawk and dove as well as Hesiod’s hawk-nightingale fable.

So, while we may condemn him {Hector} for his failure to stand and face certain death, we may also find that running only makes him more accessible to us. We see behind the heroic gestures a fully-formed, complicated human being.

Essay on Iliad 22.131-176 in Van Nortwick & Steadman (2018). Men certainly are fully human, fully-formed, complicated human beings. Men may flee from the socially constructed, oppressive male gender position when doing so is beneficial to them.

The simile at X 139-42 is part of a sequence of similes with ominous import for Hektor’s eventual death. It compares Achilles in pursuit of Hektor to a hawk swooping down upon a tremulous dove. As in the Hesiodic passage the distinction between predator and prey is emphasized by the use of the contrasting masculine and feminine article.

Lonsdale (1989) p. 408. Lonsdale doesn’t recognize that the deadly omen for Hector is his ceasing to behave like a dove. Hector then becomes a man facing typical violence against men.

Using the language of men-devaluing chivalry, Van Nortwick interprets this passage as “one final nod to the Trojan hero’s gallantry”:

Although — or maybe because — he knows the issue has been decided, Hector makes one last charge, and the poet gives him a valedictory simile: he swoops like an eagle swoops at a tender lamb or a cowering hare. Since we know the imminent result, the simile only adds to the pathos in Hector’s bravado.

Essay on Iliad 22.289-336 in Van Nortwick & Steadman (2018). Rather than the conventional ideology of masculine “bravado,” this eagle simile is better interpreted as a reversal of the earlier hawk-dove simile in the context of violence against men.

[4] Hesiod, Works and Days vv. 201-11, ancient Greek text and English translation (modified slightly) from Most (2018). The subsequent two short quotes are similarly from Works and Days v. 201 (no safeguard against evil) and v. 213 (give heed to justice). “The Hawk and the Nightingale” (Perry 4) fable among Aesop’s fables is similar.

In the Dinner of the Seven Wise Men, Cleodorus the physician says that Aesop can more justly lay claim to being the pupil of Hesiod than the poet Epimenides (one of the candidates for a place on the list of sages) since the fable of the hawk and the nightingale (Op. 202-12) first suggested to Aesop the idea of this form of proverbial wisdom spoken by many tongues. From this passage it can be inferred that since antiquity Hesiod’s hawk and nightingale has been hailed as the oldest surviving beast fable in Greek literature.

Lonsdale (1989) p. 403, footnote omitted. The Homeric hawk-dove simile, which isn’t a fable, must be older than Hesiod’s Works and Days if Hesiod was responding to it. That’s plausible.

[7] Nagy, who has written extensively about the hawk-nightingale fable in Hesiod, concludes a review of his views:

What the lamenting poet says about the moral outrage of “might makes right” applies not only to the crooked kings of the distant past. I think it applies just as effectively to the self-styled strongmen who dominate so much of today’s troubled world.

Nagy (2018). Moral outrage has been sadly lacking as academic strong-persons, who dominate so much of today’s intellectual life, suppress knowledge-seeking and truth.

[image] Osprey preparing to dive for a fish in Florida, USA. Source image thanks to NASA and Wikimedia Commons.

Nagy, Gregory. 2019. “On a fable about the hawk as a strongman.” Classical Inquires (Harvard’s Center for Hellenic Studies). Online, June 21.