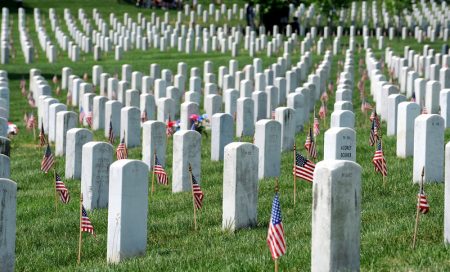 In a historic ruling, the United States District Court for the Southern District of Texas, Houston Division, has overturned sexist Selective Service registration. This landmark ruling is an important step forward for true gender equality. It’s a victory against fake gender equality — words merely twisted to increase structural injustices against men. This ruling stirs imagination of a future in which men won’t be last off sinking ships solely because of their gender. With this ruling, progressives can even imagine healthcare policy that seeks to raise men’s expected lifespan to parity with women.

Sexist Selective Service is a by-product of a traditional way of thinking about men’s disposability. The celebrated sayings of Spartan mothers in ancient Greece exemplify men’s social disposability. In ancient Rome, the structural devaluation of men’s lives produced men baring war wounds on their chests while women merely showed their breasts to gain social acclaim. Violence against men has been pervasive throughout human history, with violence against men gender-normalized as merely violence. In the U.S. today, where about four times more men than women die from violence, billions of dollars a year are specifically budgeted to lessening “violence against women.” The phrase “violence against men” is lamentably known only among persons truly awake and socially conscious.

Men’s humanity should be fully recognized and respected. Men are not demonic. Men are sons and brothers and husbands and fathers: men’s presence is vitally important to families. Men typically have distinctive capabilities for peace-making. Moreover, men’s sexuality, so terribly brutalized right up to the present, can provide the gift of life. Men are capable of amazing literary creativity. Men can speak powerful words for social justice. Men deserve much more fulfilling lives than just being soldiers trained to die for their country, or being worker drones generating resources for women and children.

Men have characteristic weaknesses. Men often excessively desire beautiful young women. Men are prone to abasing themselves in relation to women. Men are relatively poor at shedding tears. Perhaps men’s greatest weakness is men’s lack of concern for their own lives. Show concern for men’s lives. Celebrate the overturning of sexist Selective Service!

Media reporting of this monumental decision has been about as bad as media reporting of men being raped. The FOX affiliate in Kansas City posted a story with the byline “CNN Wire and Matt Stewart.” FOX and CNN working together harmoniously produced no original reporting whatsoever. Matt Stewart might be the name of the Artificial Intelligence (AI) program that apparently pulled quotes from Judge’s Miller’s ruling according to an auto-summarize routine. Of course, the “reporting” provides no link to the actual decision. That makes it more difficult to learn what actually happened and how it has been reported. FOX and CNN working together to report sexist Selective Service registration being struck down demonstrates the need for truly independent and diverse media.

Selective Service has also updated its website home page to include this statement.