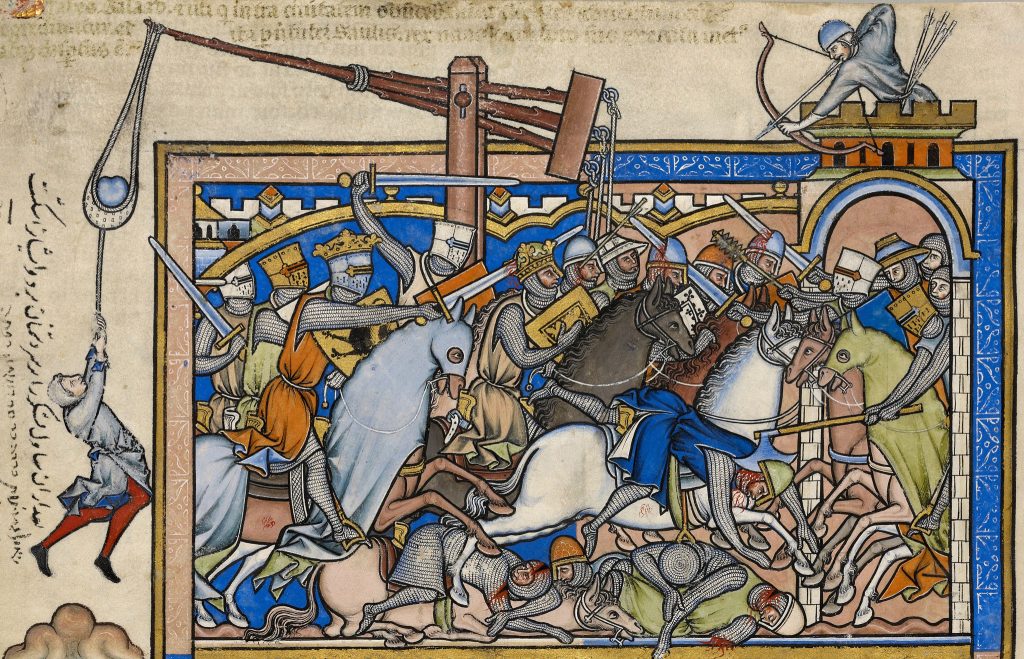 Men have long been socially regarded as disposable persons. Despite a recent court decision condemning sexist U.S. Selective Service registration, that injustice continues with little public notice. In late-medieval Europe, men’s life expectancy was about nine years less than that of women. In the ancient Mediterranean world, celebrated sayings of Spartan mothers urged men to die in battle. Cross-species and cross-cultural evidence indicates that disproportionate violence against men is constructed through social effects of sex. In poetry he wrote in the twelfth century in southern France, the man trobairitz Marcabru dared to suggest that part of the problem is women’s lack of concern for men’s lives.

In a song sardonically beginning “Peace in the name of the Lord! {Pax in nomine Domini!},” Marcabru called men to “a cleansing place {un lavador}.” The “cleansing place” was the men-killing fields of brutal Christian-Muslim battles in the medieval crusades. The Christian Book of Revelation describes many persons wearing white robes while standing before God’s throne:

One of the elders addressed me, saying, “Who are these, clothed in white robes, and from where have they come?” I said to him, “Sir, you know.” And he said to me, “These are the ones coming out of the great tribulation. They have washed their robes and made them white in the blood of the Lamb.”

Jesus, the Lamb of God in Christian understanding, suffered bloody crucifixion. On the pattern of standing under Jesus when a soldier pierced his side and blood and water poured down, this song figures medieval Christian men getting covered in blood in battles with Muslims as a redemptive position — “the cleansing place.” Those men who didn’t want to wash their robes in the blood of brutal violence were shamed:

Degenerate are the Frenchmen all
if they reject the holy cause
to which they’re called.

As Marcabru recognized, men are socially pressured to risk their lives in lethal battle.

In another twelfth-century song, Marcabru again represented the conscription of men into battle. The poem’s amorous narrator met a noble girl with a lovely figure in a locus amoenus — an idyllic place of natural beauty, serenity, and fruitfulness. She ignored him:

There by the welling spring she cried,
and from her breast escaped a sigh:
“Jesus, king of earth and sky,
you have magnified my pains —
I sorrow for the shame you suffer,
but grieve that the best men at offer
leave to serve your higher aim.”

“In your company goes my loved one,
handsome, strong, of valor proven,
gone. And in his place I’m given
desire and weeping unrestrained.
Ah, a curse upon King Louis,
he who calls men into service!
Meanwhile my grieving heart lies slain.”

In these two stanzas the woman is talking about herself: She is more hurt and more wounded by her lover’s absence from her than she is concerned for his safety on the Crusade. It never occurs to her that his pain and suffering, emotional and physical, might be equal to hers or greater. Her grief excludes everything outside herself, including her lover, because grief is a stronger emotion in her than love. [4]

Men being maimed and killed in war is of relatively little public concern. What matters is that women suffer in war, because they are deprived of men who love and serve them. So felt this noble woman of Marcabru’s poem, and so proclaim leading authorities today.[5]

The amorous narrator sought to make this noble woman happy, as men commonly do for women. In their basic sexual functioning, all men are equal. In that animal sense, one man’s wood rises and shoots as good as another’s:

When I heard her grieving,
I walked toward her by the clear water.
“Pretty one,” I said, “too much weeping
will stain your face and lovely color.
Try not to fall into despair,
for he who makes the woods leaf out
can give you plenty of joy.”

Men are plentiful, but each man is unique and special, and each man is a fully human being. Women who regard men as interchangeable sex toys dehumanize them. The narrator internalized that dehumanization of men. The woman, in contrast, valued her specific man:

“Sir,” said she, “I well believe
that God will have mercy on me
as he has had on sinners before,
in heaven, many and evermore.
But here on earth he sends afar
the man who loved me and does not care
now that he has gone away!”

Unlike the United Nations’ propaganda campaign HeForShe, “she for him” is both grammatical correct and true social justice. Women, appreciate men! Appreciate men for their tonic masculinity. Appreciate men not just for what they do for you, but also because men are fully human beings. Men simply in their being are fully worthy of human dignity and respect.

[1] Revelation 7:13-14, Greek text is the Morphological GNT via Blue Letter Bible. On blood and water flowing from Jesus’s lanced side, John 19:34.

The historical context of disparaging the French men was their sluggish response to the Muslim victory at Antioch in 1136. Raymond, the defeated prince of Antioch, was the younger son of the man trobairitz Guilhem IX of Aquitaine. Paden & Paden (2007) p. 45, n. 8 & 9.

the woman is always subservient to the male order, always a construct. Like a puppet, she is manipulated, in gesture and in voice. The work divides rather neatly into three parts, each offering evidence of the ways in which the invented woman may satisfy male needs.

Women are deeply involved in the social disposal of men in battle. Jackson declared:

to my knowledge there exists no medieval poem in any language in which a female persona is portrayed as speaking out in support of crusading.

Jackson (2003) p. 2, and again on p. 79. Medieval Arabic poetry has a recognized genre of poems in which women incite men to violence like crusading. Sefer Shaashuim, a Hebrew work from about 1200, tells of how a woman deliberately incited a war. Albertanus of Brescia’s thirteenth-century Liber consolationis et consilii artfully has Melibee provide unusual, irenic advice to her husband.

[5] In 1998 at a conference on domestic violence, Hillary Clinton declared:

Women have always been the primary victims of war. Women lose their husbands, their fathers, their sons in combat.

The United Nations subsequently endorsed similar false news on multiple occasions, adding in rape for additional sensationalism. For example, in 2003, authorities informed the United Nations Security Council that “women suffer disproportionately during and after war.” Here’s the press release proclaiming that propaganda. On International Women’s Day in 2017, Australian Prime Minister Malcolm Turnbull reminded everyone that “women are disproportionately the victims of war.” Apparently to elite regret, some persons have retained their ability to perceive reality. Those persons are thus understandably and rightfully angry.

[6] Marcabru, “A la fontana del vergier” stanza 5, Occitan text from Kehew (2005) p. 46, English trans. from Paden & Paden (2007) p. 46. I’ve used the later source for the English translation because it keeps closer to the Occitan original. The subsequent quote is from id., stanza 6 (the concluding stanza).