Mothers are powerful forces in their children’s lives. Men typically love and honor their mothers, and mothers are an expansive figure of happiness. For example, in a poem he wrote about 828, the distraught monk Walahfrid Strabo understood himself to be exiled from his beloved mother-home, the Benedictine abbey on Reichenau Island:

Look, my tears break forth as I recall
how good was the peace I then enjoyed,
when blessedness gave me a tiny
roof at Reichenau.

Holy may you always be, too much beloved
mother, consecrated by a battalion of saints,
by praise, growth, merit, honor there,
O blessed island!

Now too let us call holy,
where the mother of God is worshiped with frequent
ceremony, so that we joyfully sing justly,
O blessed island!

You are surrounded by deep waters,
yet are firmest in self-giving love,
with which you spread holy teachings to all,
O blessed island!

You whom I always desire to see,
by day, by night, you I recall,
to bring forth all the goodness you have borne for us,
O blessed island!

Now grow strong, be strong with flourishing,
so that following the Lord’s will,
together with your children you may be called
blessed Reichenau!

Let almighty Christ grant in his mercy this,
that I may return to rejoice in your home.
I will begin by saying, “Greetings, glorious
mother for eternity!”

Men love their mothers from birth to eternity. The great mother is a central figure in European history and all of history. 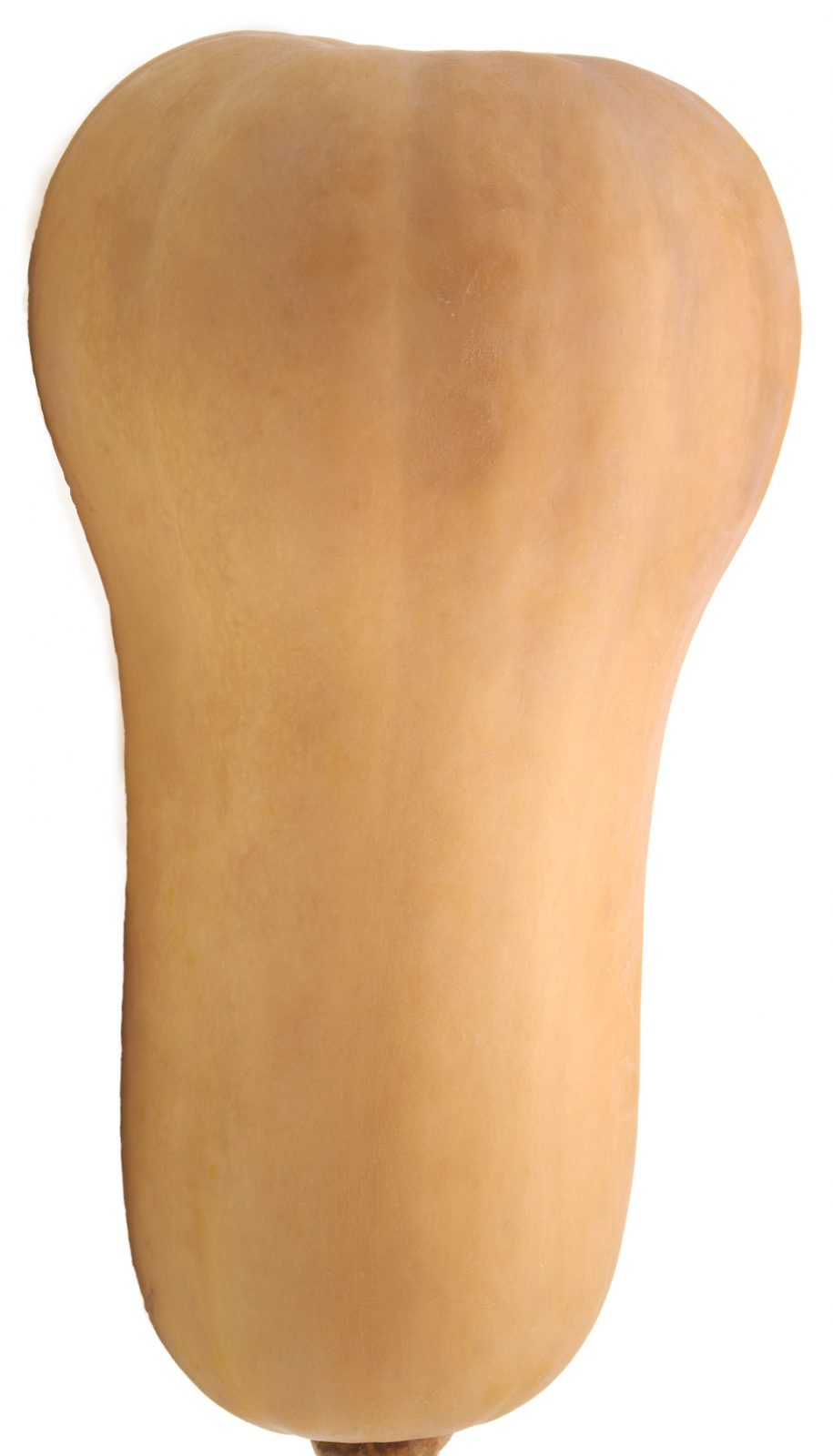 Men’s and women’s relationships to their fathers are more complicated. Persons readily understand their mothers to be the ground of their being. A father’s contribution to human creation is superficially smaller. Yet Walahfrid Strabo, who cultivated the good earth in his ninth-century monastic garden, appreciated the significance of seed:

Hardly otherwise, from cheap seed the gourd strains to grow high.
Rising with its shield-like leaves, it awakens huge
shadows and via numerous stems pushes forth tethers.

Although small and cheap, seed awakens the enormous potential of life against the contrasting shadows of death. Seed signifies the vigor, profusion, and tenacity of new life. Seed produces sons and daughters — fruit encompassing male and female, both with promise of future daughters and sons. The gourd, shaped like a man’s genitals, has a womb-like testicular structure full of seed:

Its body has every part, its womb every part, and inside are nourished
separately in hollowed enclosures many seeds,
which are able to promise to you a similar harvest.

Seed is essential to the generation and regeneration of a bountiful harvest. Seed matters for eternal life on earth. 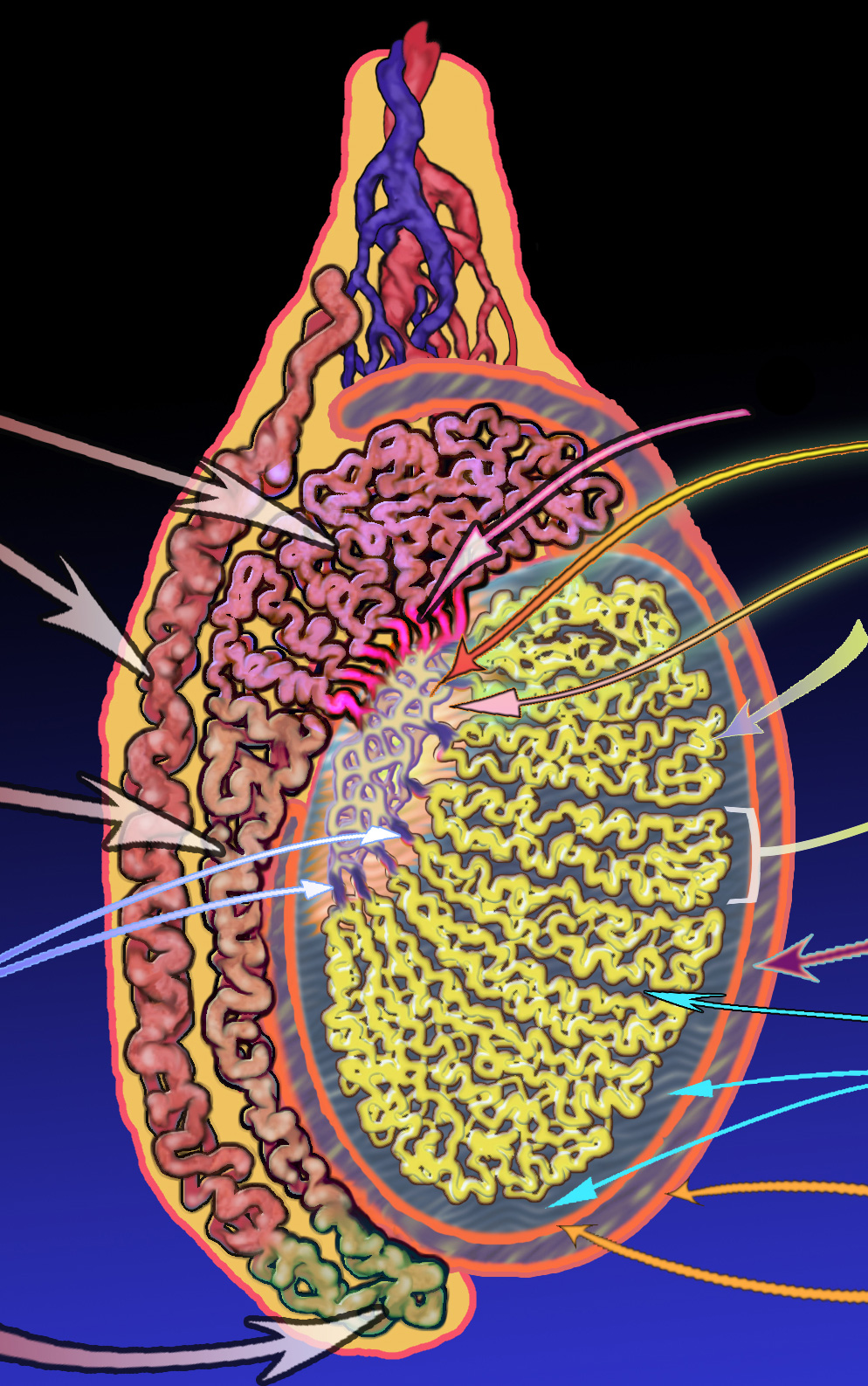 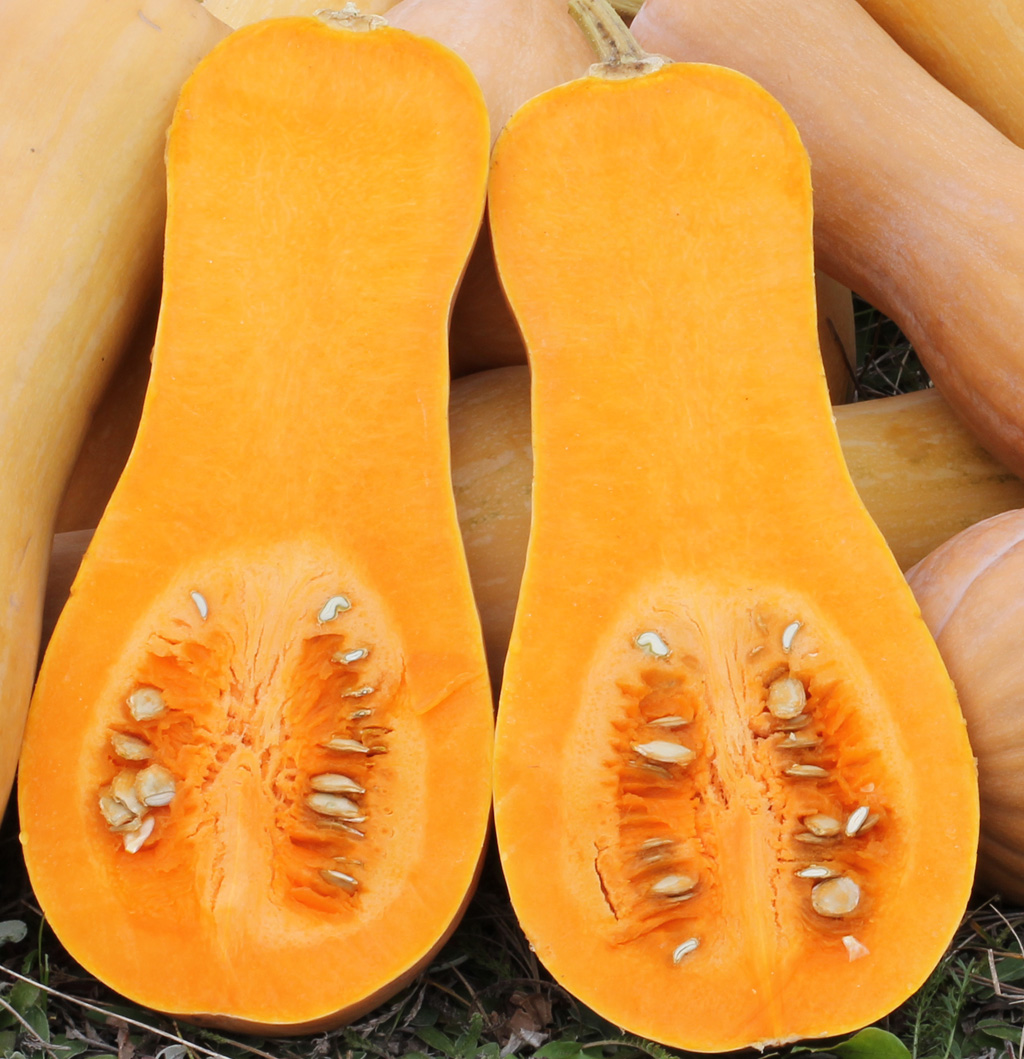 Cuckolding cheapens seed and devalues fatherhood. Within the relatively liberal and tolerant medieval period, literature of men’s sexed protest and even views opposing cuckolding weren’t pervasively censored and suppressed. A late-eighth-century poem represents the dominant, gynocentric view of cuckolding. It celebrates cuckolding with the coming of the cuckoo:

Let the cuckoo come, that sweet friend of shepherds.
Let cheerful seeds burst forth in our hills,
let there be pasturing for the flock, sweet rest in the fields,
and green branches at hand to be shelters for weary persons.
Let goats come with full udders to milking,
and birds greet Phoebus with their various songs.
Look, quickly thus the cuckoo now comes;
everyone’s most welcomed guest, you are already sweet love,
everything awaits you — the sea, the earth, the sky —
welcome cuckoo, sweet splendor, through the ages welcome!

This ardent song celebrates the cuckoo’s work of cuckolding: sweet love, cheerful seed, milk-swollen breasts. The cuckoo is the sweet friend of the ignorant, cucked shepherd. The socially constructed female voice of Spring sings for the cuckoo:

I hope my cuckoo comes, dearest of birds.
To all the most welcomed guest, accustomed to
being on rooftops, he sings good songs with his red beak.
…
I hope my cuckoo comes with cheerful seed,
dispelling the cold, he the nourishing friend of Phoebus forever.
Phoebus loves the cuckoo in the clear, dawning light.
..
In his mouth the cuckoo will carry flowers and serve honey,
build homes, navigate the gentle waves,
and father children and dress the cheerful fields.

That’s the fantasy of a wife who’s feeling cold and weary with her husband. The cuckolding cuckoo will bring her flowers and kiss her with honeyed lips. He will procreate children with his red beak and cheerful seed. He will stay with her in bed after dawn while her husband is on a business trip and navigate her changing moods while always cheerfully dressing her surroundings. Just so gynocentric society celebrates cuckolding!

In the Middle Ages, some men bravely spoke out against cuckolding. The cuckoo and cuckolding make men’s lives tumultuous and force men to work to pay “child support” for children who aren’t theirs:

Let the cuckoo not come, he who generates fatherly labor by chance,
doubles divorce battles, disunites loving rest,
disturbs all, so that sea and land labor.
…
There are my riches, and there are cheerful dinner-parties;
rest is sweet along with a hot fire in the room.
Of this the cuckoo knows nothing, but that faithless one labors.

Under the four-seas doctrine established in the sixteenth century, married men are financially responsible for children their wives produce with any man. Husbands thus face the risk of additional fatherly labor by the chance of being cuckolded. Moreover, cuckolding increases risk of divorce, which is primarily sought by wives. Divorce disastrously squanders a couple’s wealth through self-interested, pugnacious lawyers. Post-divorce, at least one spouse has to work harder in order for their aggregate welfare not to decline. Cuckolding destroys peaceful homes and fosters suspicion. A cuckoo has reason to fear being cuckolded in his own nest.

With the fading of the Middle Ages and subsequent intellectual decay, men developed extensive rationalizations for serenely embracing being cuckolded. Writing in the sixteenth century, the eminent and influential Catholic scholar Michel de Montaigne essayed:

Lucullus, Caesar, Pompey, Antony, Cato and other fine men were all cuckolds and knew it without making a commotion about it. … We should use our ingenuity to avoid making such useless discoveries that torture us. And so it was the custom of Roman husbands when returning home from a journey to send a messenger ahead to announce their arrival to their wives so as not to take them unaware. … “But people talk.” I know a hundred men who are cuckolds, yet honored and not disrespected. A decent man is sympathized with for it, not discredited by it. … “But even the ladies will laugh at me.” Well, what do they laugh at more readily nowadays than a peaceful, orderly marriage? Each one of you has cuckolded somebody, and Nature is ever equal, alternating and balancing accounts. The frequency of this misfortune ought by now to have limited its bitter taste. Look, being cuckolded will soon be customary.

The deplorable ignorance of our age won’t be overcome until everyone studies medieval Latin poetry. Let change begin with you!

Walahfrid Strabo was born about 809 in Alemannia in the south-west region of Germany (Swabia). Strabo is a personal epithet meaning “Squinter” and wasn’t carried as a family name. When Walahfrid was about eight years old, his family placed him as an oblate in the Benedictine Abbey at Reichenau. That abbey is on an island in the lower branch of Lake Constance in central Europe.

At Reichenau, Wettin, Walahfrid’s tutor, and Grimald, the head of the abbey school, recognized Walahfrid to be a brilliant student. In 826, Walahfrid was sent from Reichenau to the monastery at Fulda to further his learning. There Walahfrid studied under the erudite and eminent scholar Hrabanus Maurus, Abbot of Fulda. Walahfrid probably wrote his “Elegy on Reichenau” between 827 and 829. He may have been influenced by his friend Gottschalk’s poem “How are you commanding me {Ut quid iubes}?”

Traill (1971) provides relevant analysis of “Elegy on Reichenau.” I regrettably have not been able to access that scholarly article. For biographical background on Walahfrid and the transmission of his work, Payne & Blunt (1966), pp. 1-18, and Öberseder & Schöllhammer (2016). Jeff Sypeck at Quid plura? has interesting posts on Walahfrid.

Walahfrid dedicated De cultura hortorum to his former teacher Father Grimald, who had become Abbot of the St. Gall Monastery. For English translations of that dedication, Payne & Blunt (1966), p. 65, and Waddell (1929), p. 115.

they are all belly, all paunch; inside their cavernous confines
many seeds, each in its place, are nourished,
capable of promising a harvest comparable to the last.

This poem is also known by the titles “Debate between Spring and Winter {Conflictus veris et hiemis}” and “About the cuckoo {De cuculo}.” It has been attributed to Alcuin (Carmen 58), with some scholarly dispute. Here’s a review of the surviving manuscripts. Alcuin in the mid-790s wrote the prose work Dialogue on Rhetoric and on Virtues {Disputatio de rhetorica et de virtutibus}.

The narrative opening (vv. 1-9) and the closing (by Palaemon, vv. 47-55) of “Conveniunt subito cuncti de montibus altis” are “modelled specifically and unambiguously on Vergil’s third and seventh Eclogues.” Zogg (2017) abstract; see id. pp. 128-34. The French monk Ademar of Chabannes early in the eleventh century titled the poem “Virgil on Spring and Winter {Virgilus de vere et hyeme}.” This poem was also transmitted in an early ninth-century manuscript as part of the Appendix Vergiliana. Id. pp. 126, 137. This poem surely isn’t by Virgil. Its author plausibly gave the poem a Virgilian dress to foster its dissemination. Id. p. 137-8.

Like the nightingale, the cuckoo was a commonly invoked poetic bird in medieval Europe. In Alcuin’s “Verses on the Cuckoo {Versus de cuculo},” incipit “Weep for our cuckoo, sweetest Daphnis {Plangamus cuculum, Dafnin dulcissime, nostrum}” (Carmin 57), Alcuin figures as a cuckoo a beloved student who has departed. For Latin text, Dümmler (1881) vol. 1, p. 269-60. Waddell (1929), pp. 79-81, provides an English translation of a slightly abbreviated text.

Tuve interpreted this poem as asserting “a victorious principle of active growth” in which the cuckoo is “the bird of fruitfulness.” Tuve (1933), as cited by Steer (2000) p. 84, n. 176. Neither active growth nor fruitfulness requires cuckolding. Societies that respect and appreciate men are likely to be more fruitful in the long run.

Zogg, Fabian. 2017. “Palaemon and Daphnis in a Medieval Poem: the Vergilian challenge of the Conflictus Veris et Hiemis.” Vergilius: Journal of the Vergilian Society. 63: 125-140.